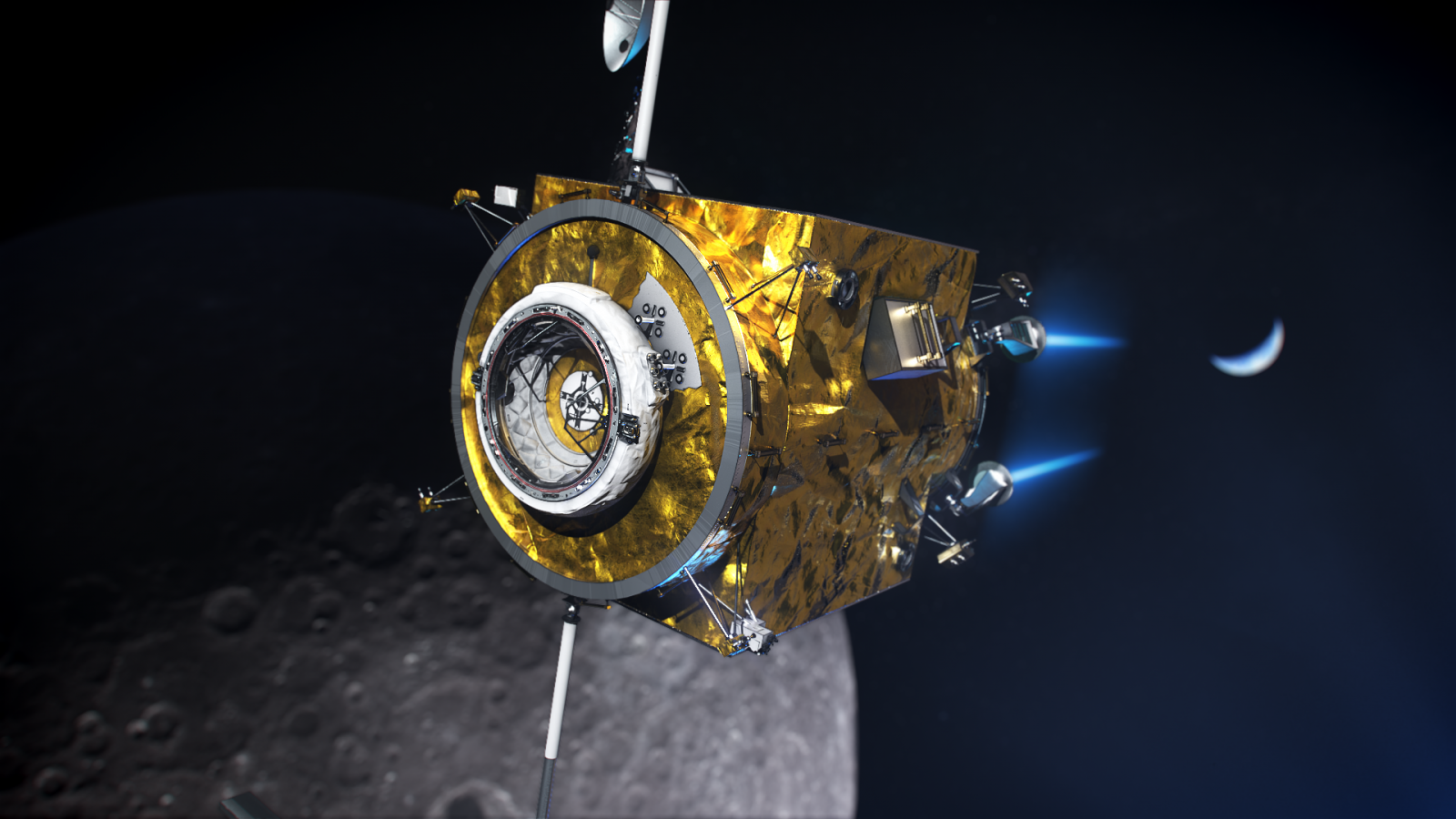 A rendering of the power and propulsion element with an international docking standard adapter attached. This week, NASA selected Maxar Technologies to build and fly the PPE by 2022. Image Credit: NASA

This week, SpaceX launched its first Starlink internet satellites and NASA awarded a contract to build the first piece of the agency’s Lunar Gateway.

The topics included in the May 25 2019, edition of the Space Bulletin include SpaceX’s launch of its first 60 Starlink satellites, NASA announcing the first Lunar Gateway contractor, the failure of a Long March 4C rocket and more!