Update from ULA on abort event, status of NROL-44 payload 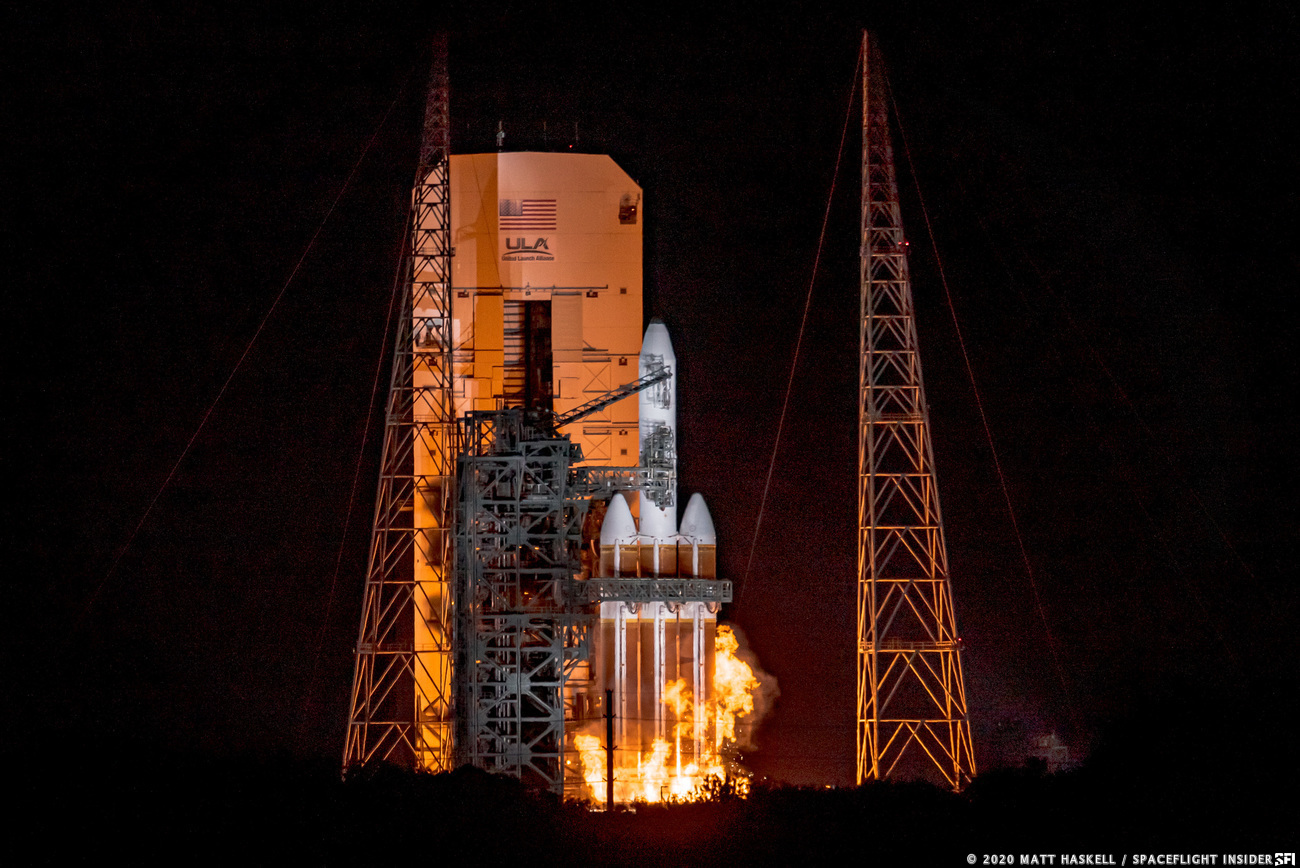 The ignition of a Delta IV Heavy, with the NROL-44 payload aboard, was auto-aborted at T-3 seconds during the August 29, 2020 launch attempt. Photo: Matt Haskell, SpaceFlight Insider

United Launch Alliance (ULA) provided SpaceFlight Insider with additional insight and detail regarding the current status of the NROL-44 payload, launch vehicle and the efficacy of their Delta IV Heavy auto-launch system. Shared via an exclusive update through the afternoon of August 29, SpaceFlight Insider was able to confirm that there was no vertical movement during the early morning, 3:28 a.m. EDT abort, despite the narrator of the official launch webcast declaring “Liftoff”, in what was apparent anticipation of the expected liftoff event. 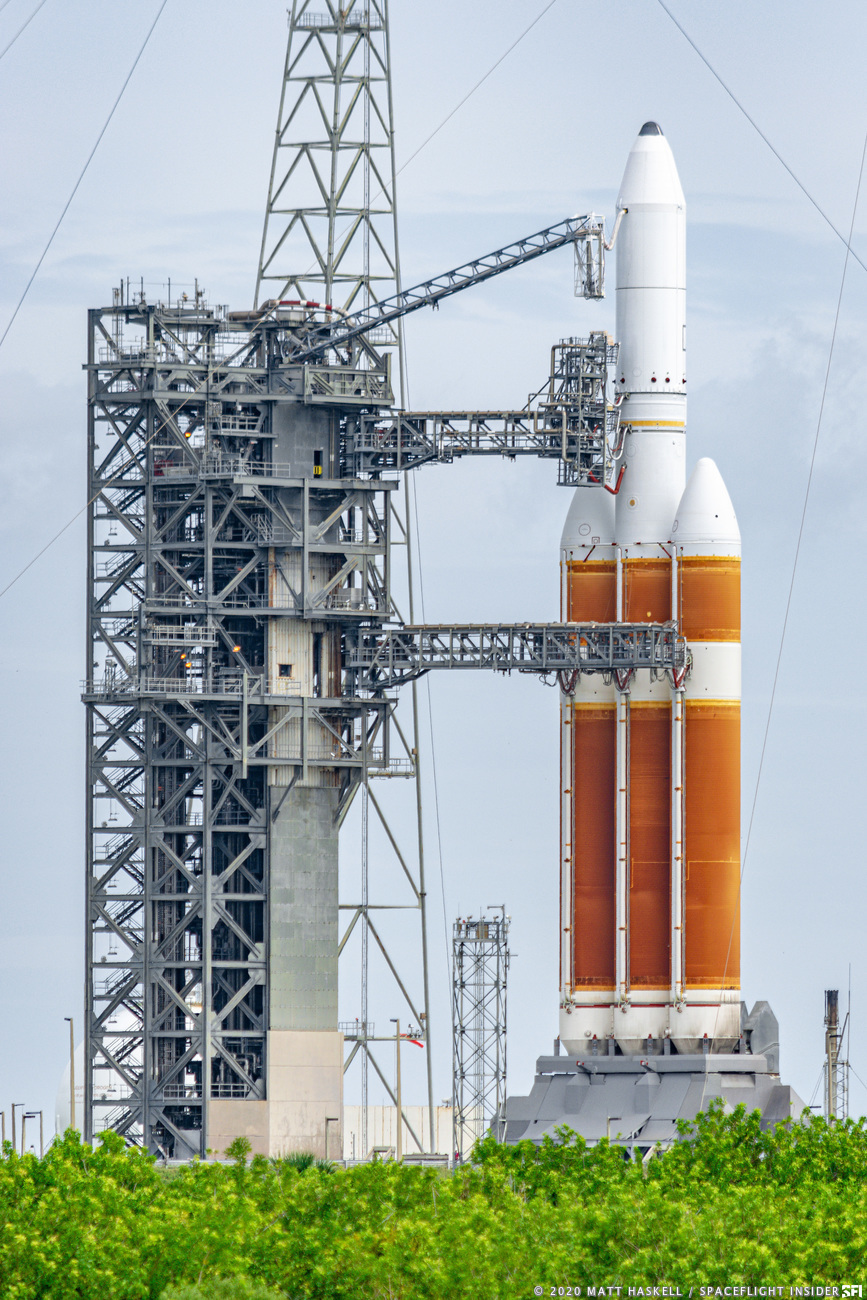 Due to the specific timing of the abort, there was a brief amount of flame visible, but it appears to have not been enough to significantly scorch the sides of the core boosters, as is expected following the nominal ignition and firing sequence of the main engines.

The ULA spokesperson working with SpaceFlight Insider confirmed that “during the last ten seconds of the launch, the Terminal Count Sequencer Rack (TCSR) takes control of the system and goes through all of the steps necessary to start the engines and release the vehicle for liftoff”. Continuing, it was clarified that “as part of that sequence, the system runs through checks of all the steps that have to occur before the engines start. The system aborted at T-minus 3 seconds because the start conditions were not met to proceed with core engine start up.”

“The system worked as intended.”
In response to a question about the TCSR’s specific tasks and how the launch team believes it functioned during the launch attempt, the answer was clear: the TCSR system “checks to make sure everything is in proper configuration as we sequentially start the engines, and worked as intended. We will be conducting a thorough engineering investigation to determine root cause and determine the path forward”.

In closing their update, ULA confirmed that there is no degree of launch fever in play, that there is no reason or intent to rush to conclusions or their next launch attempt. “As we believe in safety first and are dedicated to mission success, we will take our time to thoroughly review the Delta IV Heavy to identify, repair and retest the system”. 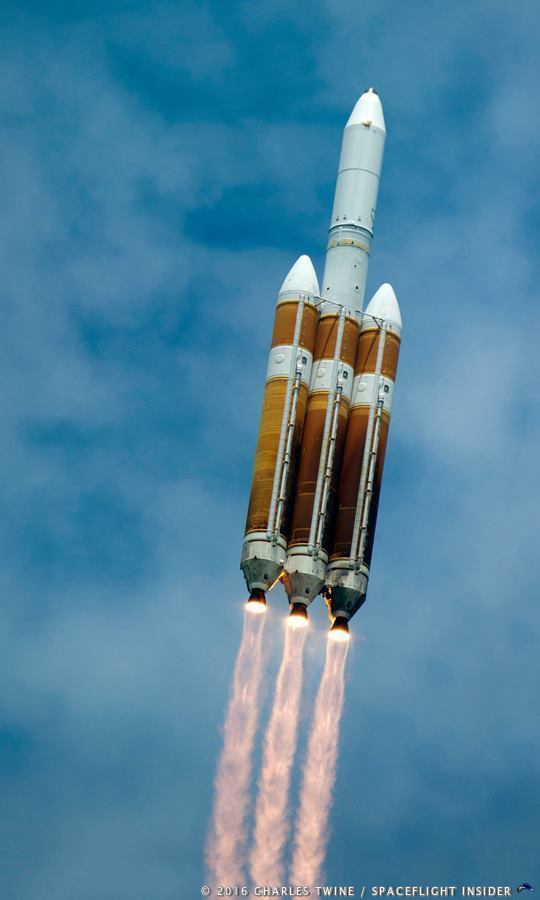 In this file photo of a similarly configured Delta IV Heavy carrying NROL-37 aloft, nominal scorching can be seen near the base of the boosters. Photo: Charles Twine, SpaceFlight Insider