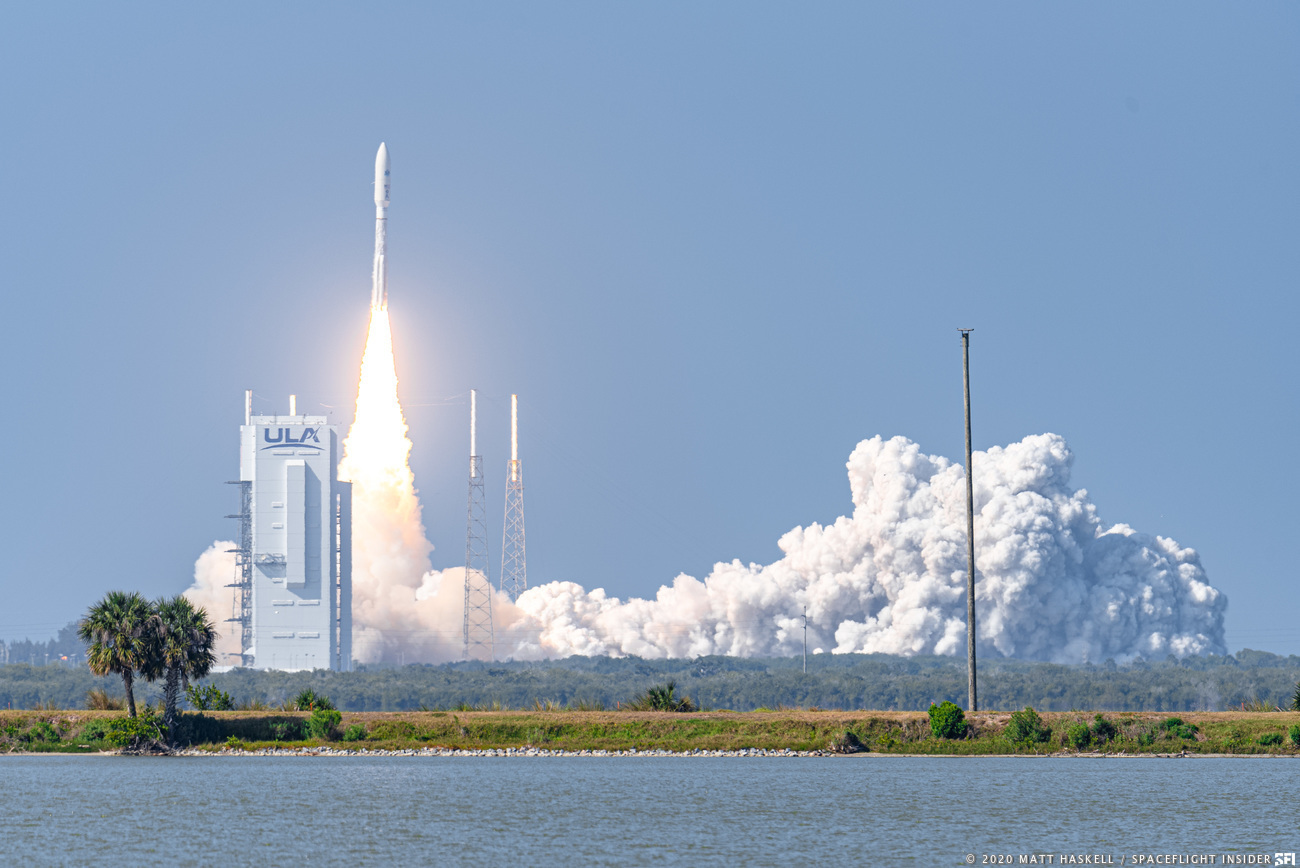 Blue skies and light winds – they were near perfect conditions for a Florida afternoon launch. With a nod to the current COVID-19 public health concerns which have the United Launch Alliance teams working carefully, with increased personal separation, President and CEO Tory Bruno tweeted “Mighty Atlas is standing alone on the pad. Very soon he will be social distancing away from us at more than 20,000 mph…”. And sure enough, at 4:18 PM EDT the United launch Alliance Atlas V rocket (551 configuration) launched from SLC – 41 at Cape Canaveral Air Force Station. 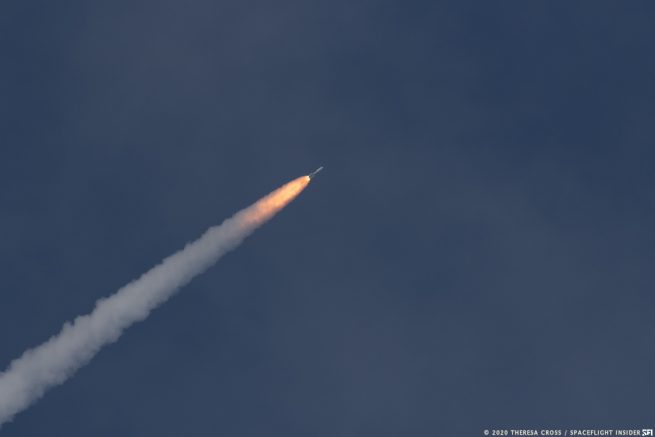 Also noteworthy from today’s mission was that the RL10 engine which powered the Centaur second stage, was the 500th flown production engine. Congratulations to the team!