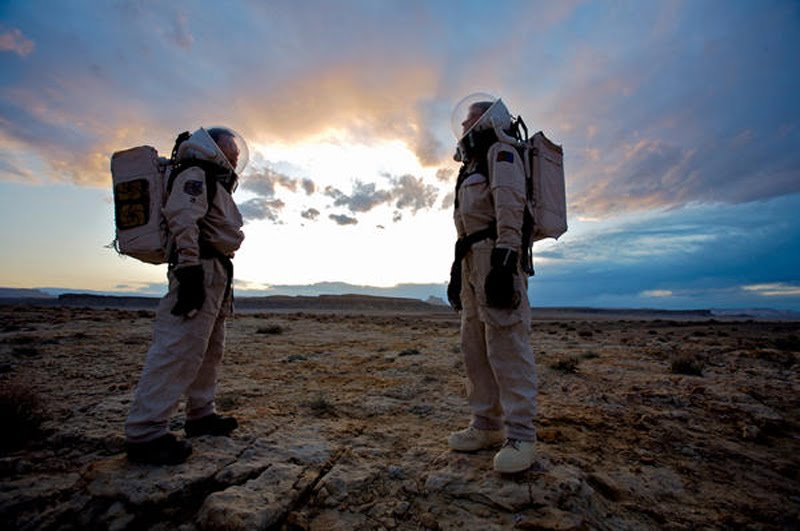 The Mars Society is seeking six volunteers with "The Right Stuff" for its Mars Arctic 365 mission planned for 2014 through 2015. Photo Credit: The Mars Society

Mars needs women – and a few good men. The Mars Society is making a call for volunteers.

The organization that is working to see humanity explore and colonize the Red Planet is seeking six volunteers by the end of November. They will spend one year at the society’s arctic outpost. Their goal? To test out the skills and equipment needed under conditions similar to Mars.

Before you pack your spacesuit, however, you might want to look to see if you have a parka instead. The Mars Society announced it is looking for volunteers for the second phase of its Mars Arctic 365 (MA365) mission, which will be held at the Flashline Mars Arctic Research Station (FMARS) on Devon Island in the territory of Nunavut, located in Northern Canada. In July, members of The Mars Society completed Phase I of the MA365 mission, making the FMARS facility ready for inhabitants through a series of refits and securing much-needed supplies. The organization is seeking a diverse group of people to make this mission a reality. Four individuals with strengths as field scientists in the disciplines of geology, geochemistry, microbiology, biochemistry and paleontology – along with an additional two people with strengths in engineering areas – are needed for final refitting of the station in order to begin a one-year simulated stay on Mars. A support person with field mechanic and wilderness skills is also needed.

Specific details are available on the Mars Society’s website. Volunteers must be between 22 and 60 years old, in good physical condition, with a four-year-college degree or equivalent experience. Candidates with scientific, engineering, medical, mechanical, wilderness, and/or literary skills are being sought. Applications may be submitted as individuals or couples. Those interested must be cleared to participate by a personal physician and must be non-smokers; accommodations and dietary restrictions must be detailed.

As the location (only 900 miles away from the North Pole) is very challenging due to its extremely cold temperatures and distant nature, only serious, highly-motivated applicants are encouraged to apply. For example, these “astronauts” can only go outside in a spacesuit simulator. Conditions – as they would be on a Mars mission – will be mimicked. In addition, candidates are encouraged to possess great people skills, as they must get along with a group of other “astronauts” from August 2014 to July 2015.

The Mars Society looks to further the exploration and settlement of the fourth planet.

“This mission is one of the most important efforts happening now for the advancement of human planetary expansion,” said Chris McKay, NASA planetary scientist, of the MA365 mission.

This excursion is meant to test the hardware and skills required to make an actual trip to the Red Planet possible. It is hoped NASA might visit Mars within 15 years utilizing manned spacecraft. NASA’s Orion crew capsule, along with the heavy-lift Space Launch System (SLS) vehicle, are currently being developed and they are intended to make deep-space exploration a reality.

The deadline for applying is November 30. Successful applicants will undergo a two-week training mission at the Mars Desert Research Station in southern Utah. If you think you have “The Right Stuff” and are ready to make history as a Mars exploration pioneer, visit http://www.marssociety.org/.

Contributions to the organization’s continued research can also be made at the website.