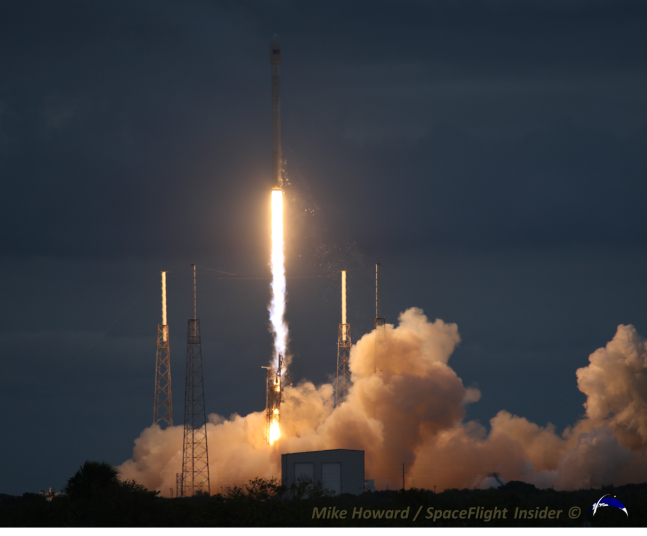 SpaceX has been awarded a contract with SKY Perfect JSAT Corporation of Japan to launch the JCSAT-14 communications satellite to a geostationary transfer orbit on one of the company's Falcon 9 rockets. Photo Credit: Mike Howard / SpaceFlight Insider

Hawthorne, California-based Space Exploration Technologies (SpaceX) announced today that, Jan. 10, that it has been awarded a contract by SKY Perfect JSAT Corporation based in Japan to launch the JCSAT-14 communications satellite. Much like the past two missions, SES-8 and Thaicom 6, JCSAT-14 will be delivered to a geostationary transfer orbit on top of one of the company’s Falcon 9 launch vehicles. Launch is currently slated to take place in the second half of 2015.

The JCSAT-14 spacecraft is a Space Systems/Loral (SSL) communications satellite that is meant to replace JCSAT-2A, in providing services to Asia, Russia, throughout the Pacific. JCSAT-14 will utilize 26 optimized C-band transponders as well as 18 Ku-Band transponders. If all goes according to plan, the addition of JCSAT-14 will expand JCSAT-2A’s area of coverage as well as help to manage the rapidly-increasing demand for such services in the Asia-Pacific region.

“SpaceX looks forward to working with SKY Perfect JSAT on this mission,” said Gwynne Shotwell, SpaceX President and COO. “As Asia’s largest satellite operator, we appreciate JSAT’s confidence in our ability to reliably deliver their satellite to orbit.”

Since forming in 2002, SpaceX has made significant gains. Signing contracts with NASA, the United States Air Force as well as a wide range of private firms.