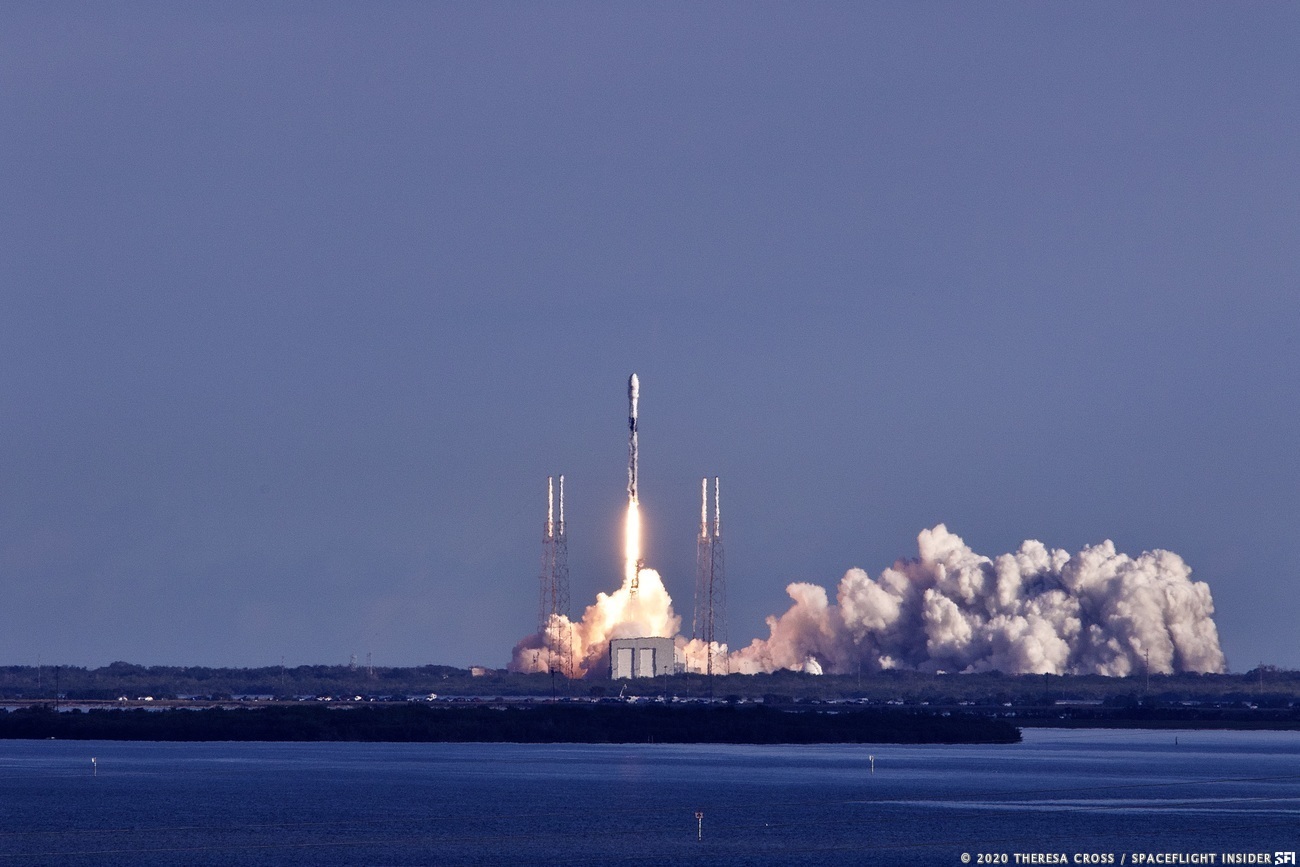 CAPE CANAVERAL, Fla. – SpaceX launched their fourth batch of approximately 60 satellites for the Starlink broadband network at 9:06am EDT, January 29, after carefully “evaluating extreme weather in the recovery area,” according to SpaceX.

Prior to Starlink Mission 3, static fire occurred on January 20th at 2:00pm. Merlin engines briefly fired and generated more than a million pounds of thrust as the rocket remained grounded. Weather in the recovery area for the SpaceX fleet was the concern. No formal launch date was confirmed immediately following the test. Earlier this week, potential launch opportunities were identified but foul weather kept the team from proceeding; Monday’s attempt was scrubbed due to upper level winds with less than 30 minutes to launch,  leaving eager crowds on the Space Coast beaches disappointed but understanding. 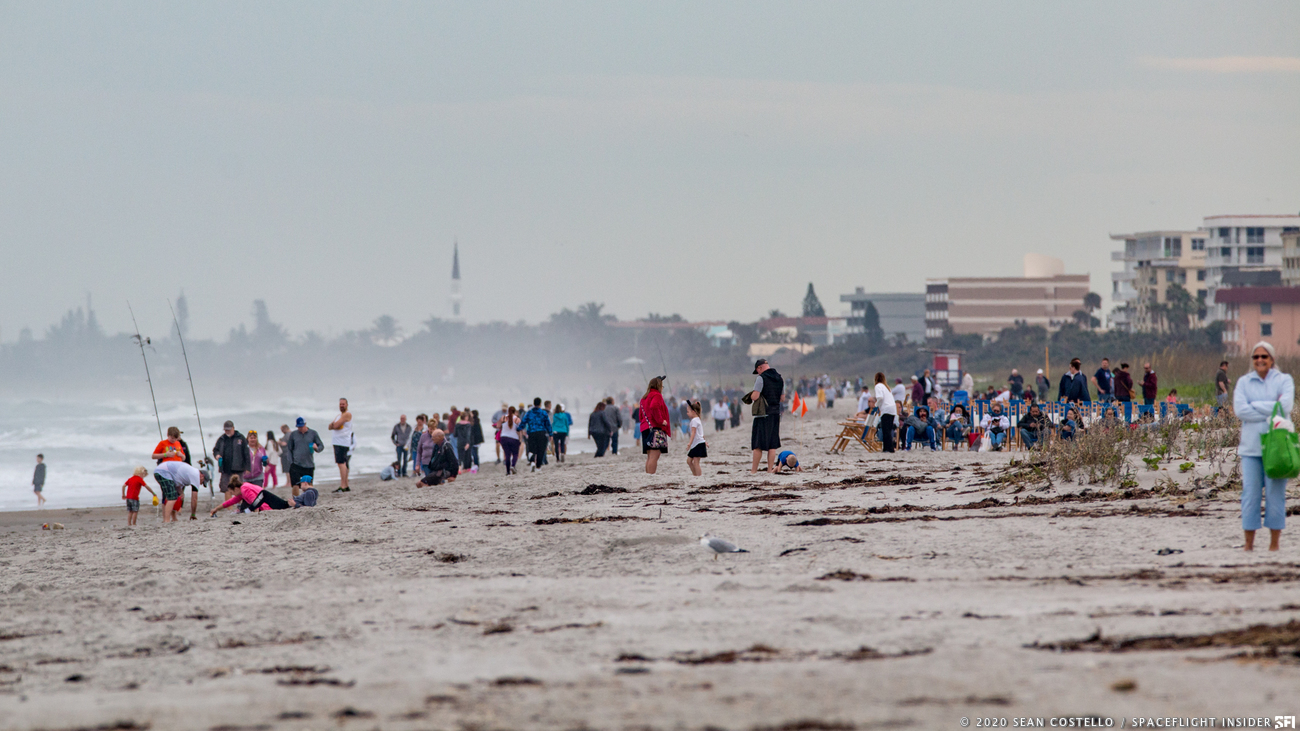 This is the third mission of booster core 1051.3, which was successfully recovered to the deck of “Of Course I Still Love You”.  Fairing catchers, GoMsChief and GoMsTree, assisted by GoQuest, were all docked at the Port of Morehead City, NC prior to the launch. 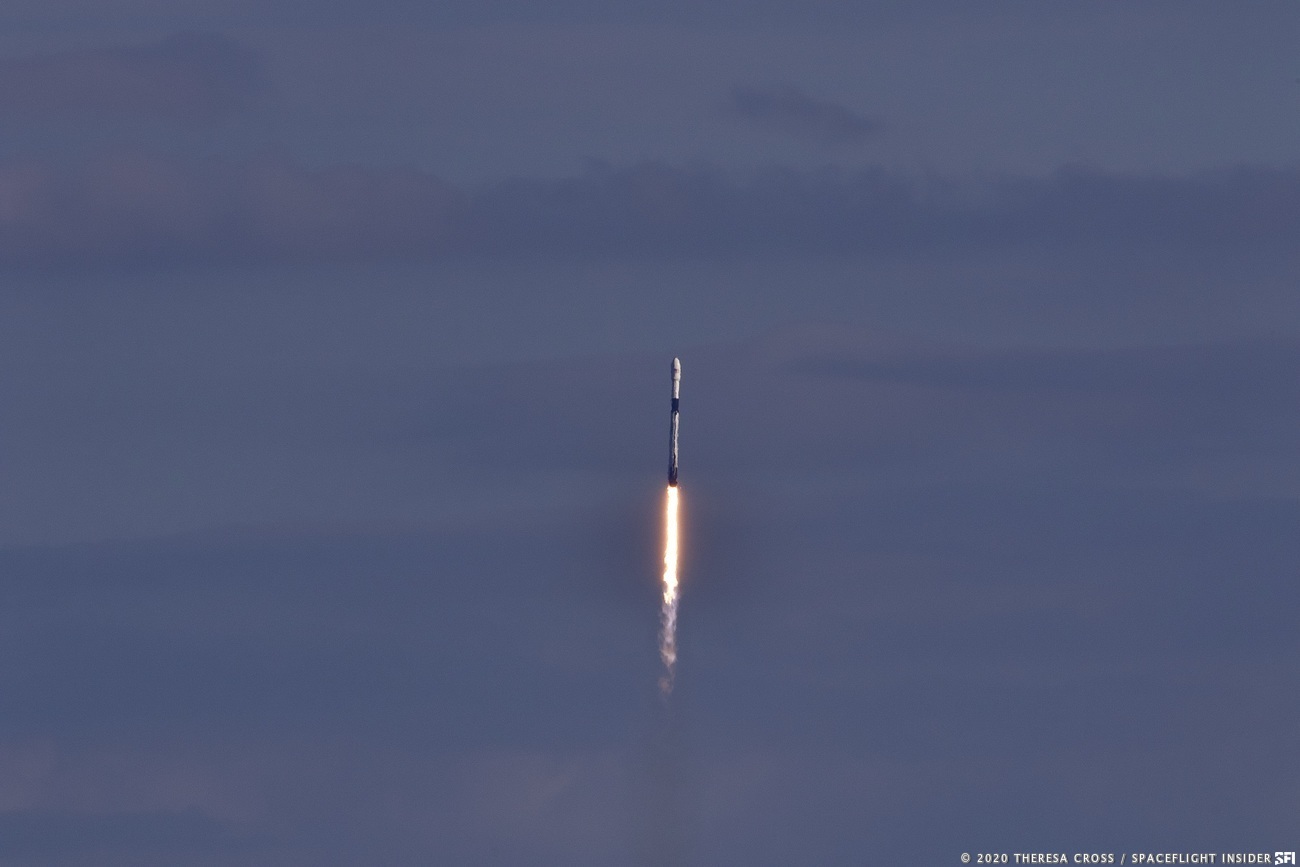 The maiden voyage of B1051.3 was on March 2, 2019, flown in support of the Crew Dragon mission (first non-piloted test flight to the ISS) and again on June 12, 2019 for the RADARSAT constellation mission. Operated by the Canadian Space Agency for the Canadian government and community, the RADARSAT constellation was designed for three main uses: maritime surveillance, disaster management and ecosystem monitoring. The booster’s launch from SLC 40 at Cape Canaveral Air Force Station checks the final box for having launched a mission from each of the three current SpaceX launch pads.