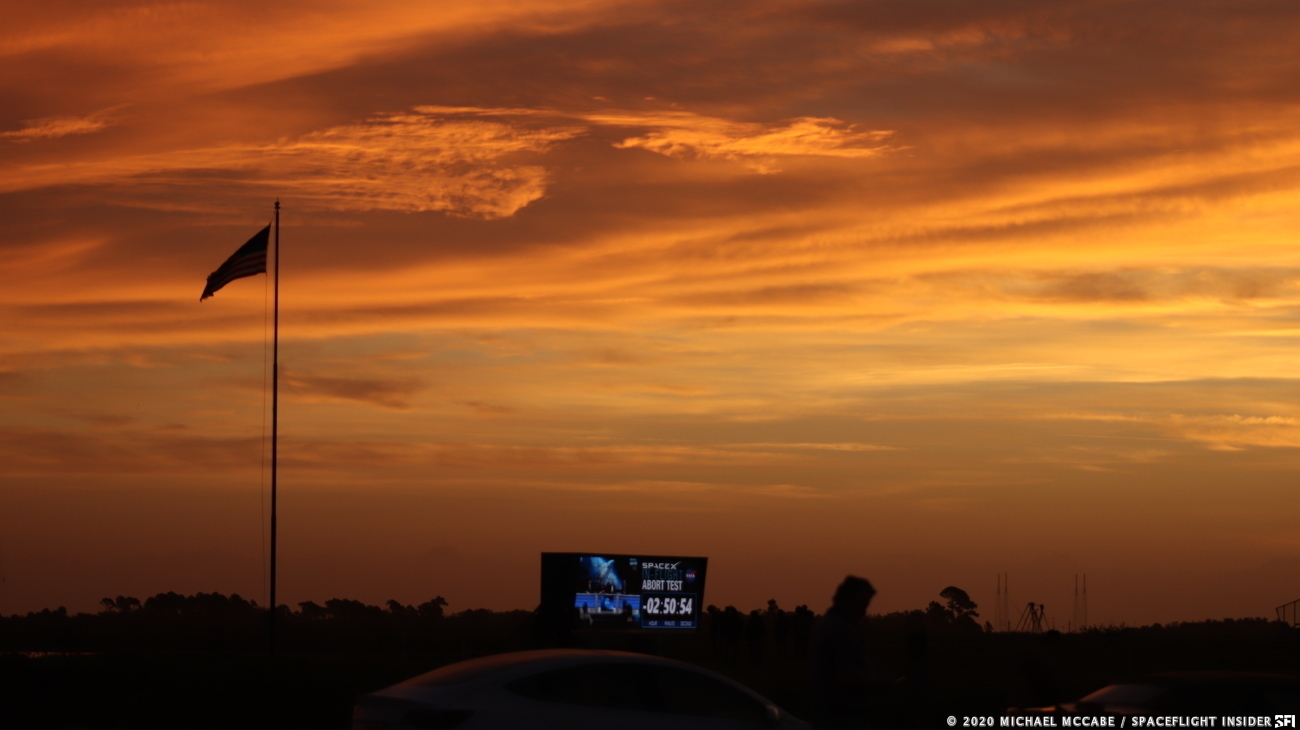 CAPE CANAVERAL. Fla. — As the sun rises and the shorelines of the Space Coast communities fill with eager spectators, SpaceX and NASA engineers have their attention focused on the early Sunday morning weather systems.

Issuing updates through the morning, SpaceX shifted their planned T-zero test launch time to the right from the initial 8:00 am (the opening of their 6-hour window ) to 9:00 am and currently no earlier than (NET) 10:00 am. They have confirmed that both the Falcon 9 rocket and Dragon spacecraft remain healthy and ready to fly.

SpaceFlight Insider team members are in place and covering the progress from a mix of locations along the coast, ready to bring you updates and imagery as the day and test progress. 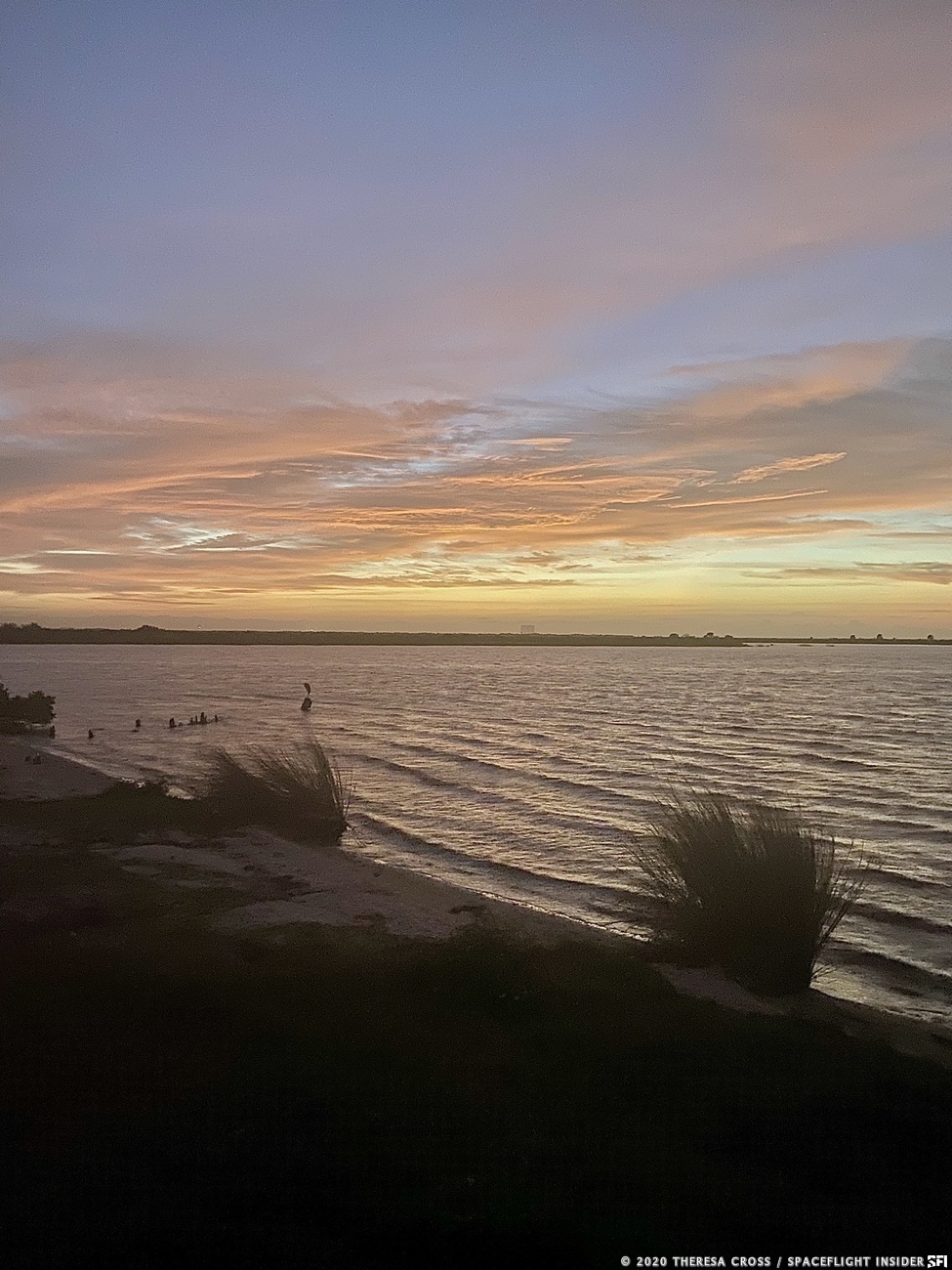 Sunrise on the Space Coast – always a fine way to start a day!