SpaceX Launch of CRS-3 set for Friday, with spacewalk for following Wednesday 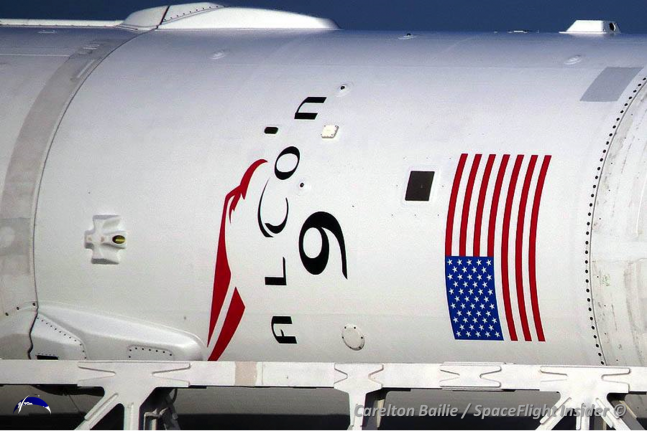 SpaceX and NASA have slated the next launch attempt for the Falcon 9 v1.1 carrying the Dragon spacecraft with supplies to the ISS at 3:25 p.m. EDT on April 18. Photo Credit: Carleton Bailie / SpaceFlight Insider

KENNEDY SPACE CENTER, Fla — NASA and Space Exploration Technologies (SpaceX) have announced that they will attempt to launch the Falcon 9 v1.1 with its payload of a Dragon spacecraft carrying more than 4,500 lbs of supplies to the International Space Station on Friday, April 18 at 3:25 p.m. EDT (1925 GMT). This will mark at least the 11th time that the mission has been rescheduled since it was first supposed to launch in April of last year. Whereas technical concerns caused prior slips – the turbulent Florida weather appears to be the chief concern that could scrub Friday’s attempt.

According to a statement issued by SpaceX, the company described the issue which caused the scrub as follows: During Monday’s launch attempt, preflight checks detected that a helium valve in the stage separation pneumatic system was not holding the right pressure. This meant that the stage separation pistons would be reliant on a backup check valve.

SpaceX then went on to add: Dragon is carrying some 4,600 lbs worth of components and supplies for the crew on board the International Space Station. Photo Credit: Carleton Bailie / SpaceFlight Insider

No issue was detected with the backup valve and a flight would likely have been successful, but SpaceX policy is not to launch with any known anomalies. We have brought the vehicle back to horizontal and are replacing the faulty valve, as well as inspecting the whole system for anything that may have contributed to the valve not working as designed.

If SpaceX cannot launch Dragon during the instantaneous launch window (required if the spacecraft is to catch up with the space station with the amount of propellant it has available) – it might be given another opportunity on the following day at 3:02 p.m. Saturday, April 19.

If everything goes according to plan, Dragon will be grappled by the Expedition 39 crew’s Commander, Japanese Aerospace Exploration Agency (JAXA) astronaut Koichi Wakata two days later on April 20 at about 7:14 a.m. EDT. It will then be berthed to the Earth-facing side of the station’s Harmony module.

NASA had to add some late cargo to Dragon when a computer backup system on the ISS, the multiplexer-demultiplexer (MDM) relay system – failed. The components added in the late stow will allow NASA to carry out an extra-vehicular activity (EVA) on April 23, repairing the downed component. The MDM helps to control some of the critical components which are outside of the ISS and include the external cooling system, Solar Alpha Rotary joints and Mobile Transporter rail car.

Both the Falcon 9 v1.1 and Dragon spacecraft are produced by Hawthorne, California-based SpaceX. The spacecraft will ferry approximately 4,600 lbs worth of cargo and crew supplies to the International Space Station (ISS). According to statements issued by NASA the cargo also includes components and elements which will aid in more than 150 scientific investigations that are currently being carried out on orbit.