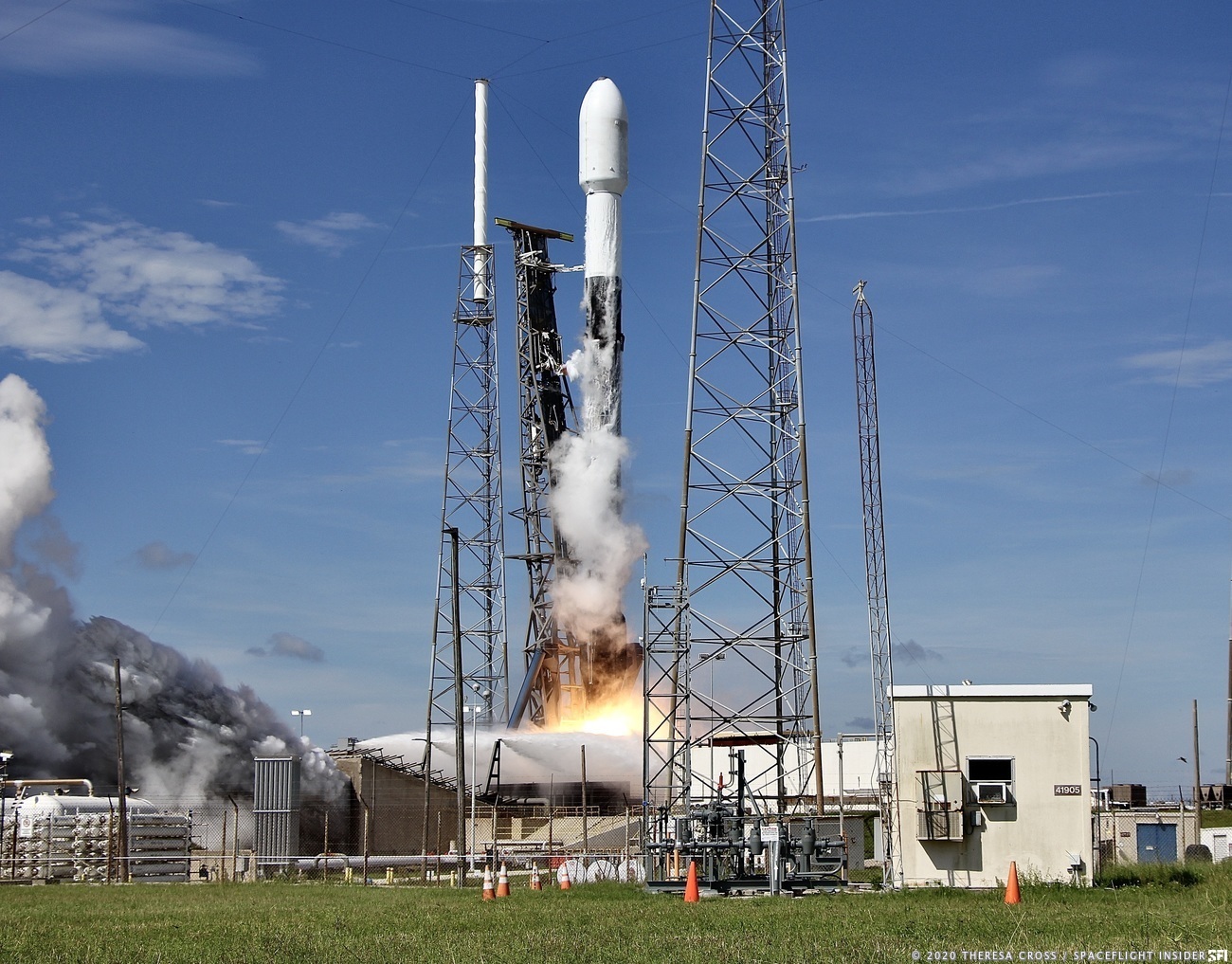 SpaceX has confirmed their intent to proceed with back-to-back Falcon 9 launches on Sunday, August 30, from each of their two launch facilities on Florida’s Space Coast.

The feat of course depends on range availability and the presence of acceptable weather, but from a vehicle and payload perspective SpaceX is proceeding with their parallel count. In a tweet Friday afternoon, SpaceX founder Elon Musk acknowledged the unique plan, noting that “Sunday is intense”. 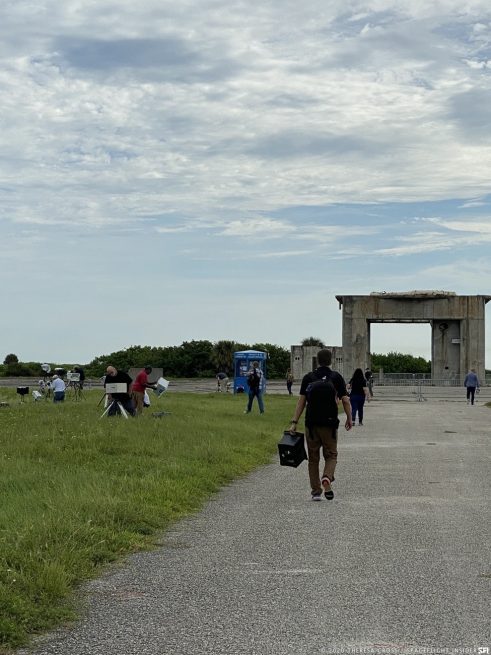 Members of the media attend to their remote cameras near Space Launch Complex (SLC) 34, cleaning lenses and exchanging batteries in advance of the August 29 NROL-44 launch from neighboring SLC 37B. Photo: Theresa Cross, SpaceFlight Insider.

Of critical note for range availability, ULA is currently proceeding with final preparations to launch their NROL-44 Delta IV Heavy mission, which had been scrubbed earlier in the week due to a ground systems issue. Members of the media headed out to the Cape earlier today to reset remote cameras, the third visit in support of capturing the NROL-44 mission so far.

The first SpaceX vehicle schedule to fly on Sunday will carry the next batch of Starlink satellites, set to launch from Launch Complex 39A at 10:12 a.m. EDT. Weather is currently forecast as 50% favorable for that launch, while conditions degrade to 40% favorable for the second Falcon 9 flight of the day, SAOCOM 1B. The latter mission, slated to launch early in the evening at 7:18 p.m. EDT, would depart from Space Launch Complex 40. SpaceX is planning to recover both Falcon 9 first stage boosters, one on land at Cape Canaveral (SAOCOM) and the other (Starlink) on their autonomous droneship.