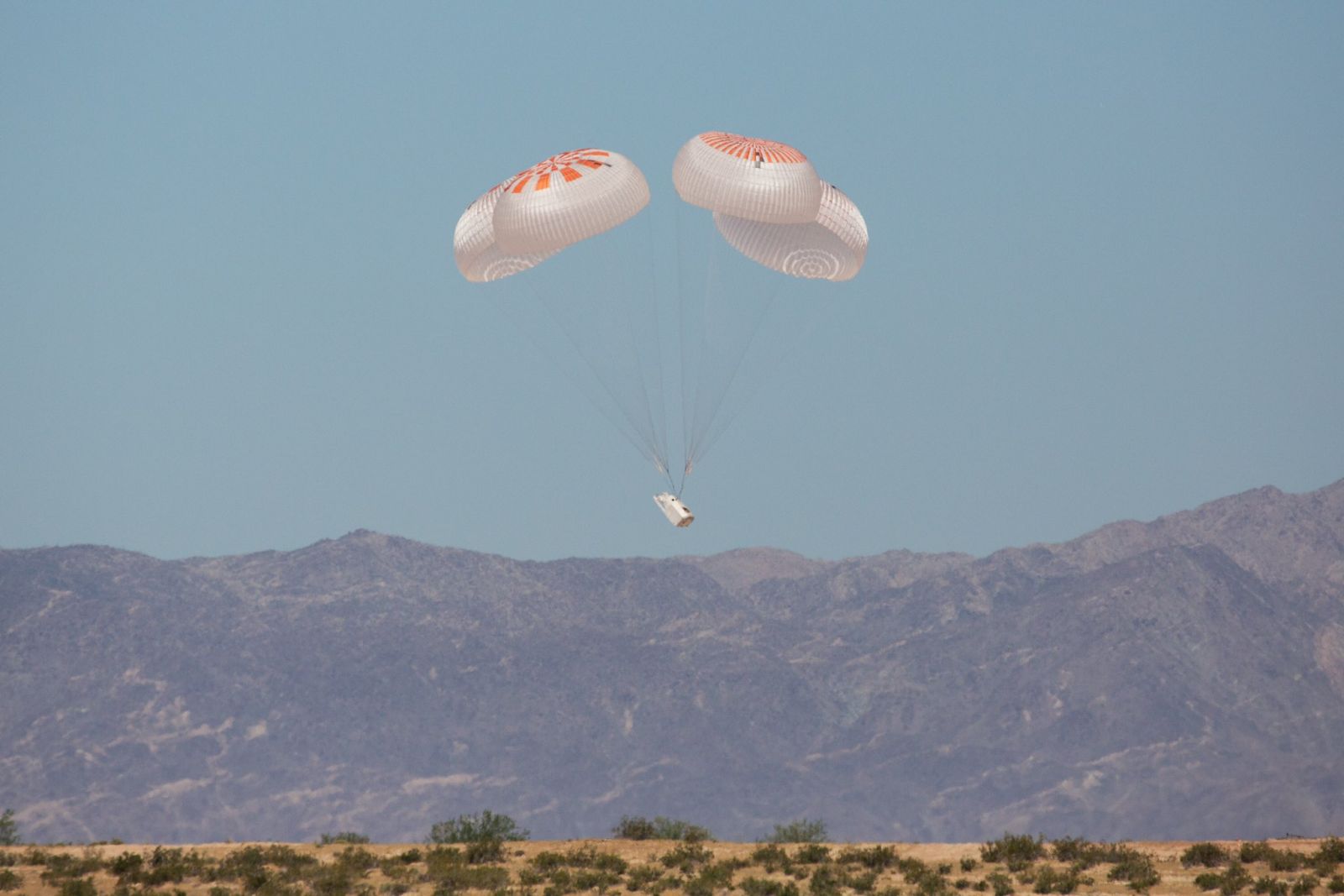 SpaceX successfully completed its 27th test of the Mark 3 Parachute for the Crew Dragon capsule, fulfilling the final testing requirement for NASA certification and review of the parachute system. The test comes following several successful milestones, including January’s in flight Abort test.

SpaceX President Gwynne Shotwell mentioned that the final test was to occur, and commented on the test earlier in the day during a NASA press briefing for the upcoming launch, saying “We’re looking forward to finishing that test and getting that item closed out.” SpaceX would later confirm in a tweet on the companies twitter account that the test was a success.

While the final test success is a celebratory moment for the company, capping off a long an arduous testing program required before flying astronauts, like all testing programs, it wasn’t without its obstacles and problems. In March, an anomaly in the setup of the drop test article caused the helicopter lifting the article to have to prematurely release in order to prevent loss of the helicopter, resulting in its destruction.

The parachutes themselves have gone through multiple iterations and tests, seeing various issues that would ultimately be corrected, such as failing to deploy all of the chutes, sometimes not even deploying at all. SpaceX CEO Elon Musk once commented on the matter in an October 2019 press conference, stating “Parachutes, they look easy, but they are definitely not easy. We’ve had so many engineers quit over the parachutes.”

Alongside the parachute testing, NASA was involved with several other tests and investigations of the Crew Dragon system. The latest issue having occurred In March, when during a launch of the companies Starlink satellites, the Falcon 9 launch vehicle suffered a failure in one of its engines resulting in a premature shutdown of that engine. While the mission was still a success, both NASA and SpaceX conducted thorough investigations on the incident, ultimately discovering the issue and quickly certifying the engines for flight.

During the same press conference, NASA Commercial Crew Program Manager Kathy Lueders affirmed the resolution, stating “We have reviewed the anomaly resolution of the Starlink launch, and actually have cleared the engines on our vehicle… That is behind us right now.”

While the parachute system testing is now complete, and the engine anomaly investigation has concluded, there are still a few other milestones that must be met before the planned flight with Astronauts Doug Hurley and Bob Behnken on May 27th. Coming up are a series of reviews including 2 flight readiness reviews, one at SpaceX, and one at NASA. A there’s also the possibility of further issues rising up during final spacecraft and launch vehicle processing, to which both NASA and SpaceX are fully ready to address.