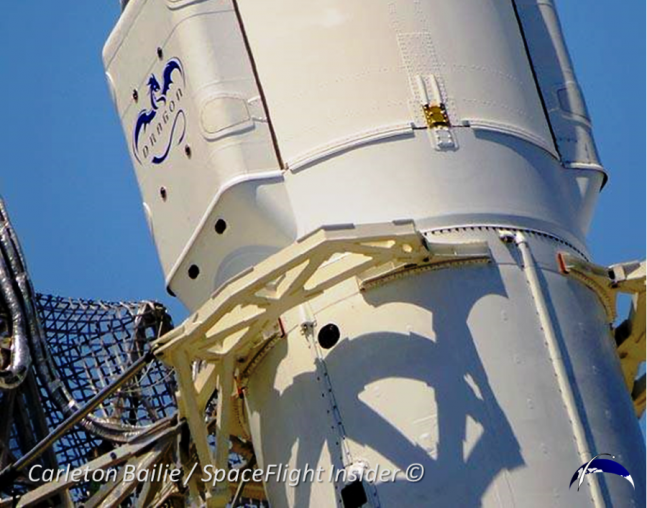 CAPE CANAVERAL, Fla — The Student Spaceflight Experiments Program (SSEP ) Yankee Clipper (II) payload will take to the skies on Dec. 16 atop a Space Exploration Technologies (SpaceX ) Falcon 9 v1.1 rocket. This is not the first time that this experiment has been launched – it flew briefly this past October on a Orbital Sciences Corporation Antares rocket – which was lost in a fiery explosion about 10 seconds into the flight. Clipper II represents the culmination of SSEP’s 8th flight opportunity – Mission 6 to ISS and highlights the determination required to conduct experiments on orbit.

The Yankee Clipper II payload will now fly on SpaceX’s Commercial Resupply Services 5 (SpX-5) mission, currently slated to take place on Dec. 16. Of the 18 experiments that were to fly on Orb-3 – 17 will now ride a Dragon spacecraft to the International Space Station (ISS). If everything goes according to plan, a mere one-and-a-half months will have elapsed after it was originally launched.

On Oct. 28, Orbital launched one of the Dulles, Virginia-based firm’s Antares rocket, capped with the “SS Deke Slayton” Cygnus cargo vessel bound for the space station. As noted, a few seconds into the flight, it became apparent that something was wrong (initial reports suggested that it was a turbopump within one of the two AJ-26 rocket engines that was the root cause of the disaster) and range safety activated the rocket’s flight termination system.

The following information was provided about the experiment:

Mission 6 Historical Data: The 18 experiments flying as the SSEP Yankee Clipper payload reflect the 18 communities participating in Mission 6 to ISS. Program operations in all communities began on February 24, 2014. Microgravity experiment design and proposal writing was conducted over the course of 9 weeks, February 24 through April 28, 2014. Across the communities, a total of 6,860 grade 5-15 students were fully engaged in microgravity experiments design and 1,487 proposals were received from student teams. The selected flight experiment for each community was determined by the SSEP National Step 2 Review Board that met at the Smithsonian National Air and Space Museum on May 20 and 21, 2014. In the intervening months, all flight experiments underwent NASA Flight Safety Review and passed, flight experiment teams continued to optimize their experiments, and experiment lock-in for flight configuration occurred on August 1, 2014. Flight experiments arrived at NanoRacks in Houston by September 26, 2014, for payload integration into the Yankee Clipper payload. The payload boxes were then handed over to NASA for integration into the Orb-3 Cygnus vehicle SS Deke Slayton.

Good luck to the student’s projects getting to the ISS.