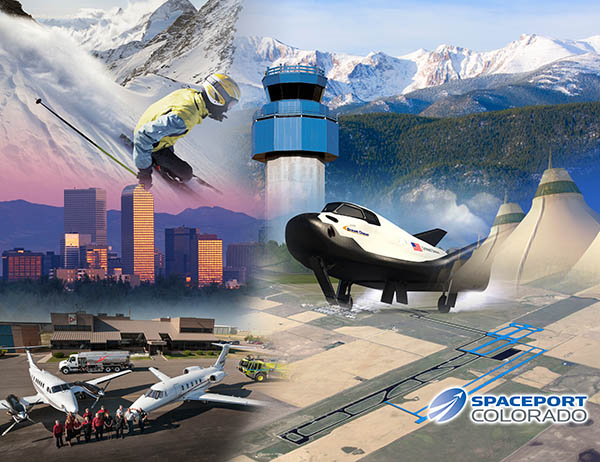 Spaceport Colorado today announced the signing of a Memorandum of Understanding (MOU) with Swiss Space Systems (S3), an aerospace company that designs and engineers suborbital launch systems, formalizing a collaborative relationship and advancing the spaceport’s long-term development and licensing plans.

A photo accompanying this release is available at http://www.globenewswire.com/newsroom/prs/?pkgid=21387

S3 is a Swiss-headquartered company now developing its presence in the United States to serve the North American market. By designating Colorado as a location for S3’s transformative expansion within the United States, the state is positioned to remain a global aerospace competitor. According to the Office of Economic Development and International Trade (OEDIT), the aerospace industry contributes roughly $8.7 billion to the state economy.

“We believe Spaceport Colorado will make an ideal hub for our U.S. expansion and will complete what we are doing elsewhere in the country and globally,” said Pascal Jaussi, CEO and founder of Swiss Space Systems. “The dynamic aerospace industry, pro-business climate and innovative spirit will foster the growth of our technologies and operations within the United States.”

Spaceport Colorado is designed to serve as an aerospace and technology-driven economic engine for the state and the nation. “In collaborating with S3, we’re adding a new asset to what already exists,” said Ken Lawson, Interim Director of Aviation. “S3’s profoundly important decision to bring operations to Spaceport Colorado paves the way for additional innovative aerospace companies to relocate to Adams County and Colorado.”

After a Memorandum of Agreement (MOA) is signed later this year, S3 intends to deploy a business model that focuses on small satellites and research-oriented micro-gravity operations, and eventually offer satellite deployment and commercial space activities. S3 will work closely with Colorado’s leading universities, as well as providing support and integration with new space companies.

“We believe S3 and its long-term sustainable growth model would be a strong asset for Colorado’s aerospace industry,” said Ken Lund, Executive Director of OEDIT. “With the nation’s second-largest aerospace economy and a wealth of commercial, civil, and military space assets, Colorado has been and remains to be a strategic location for the space industry.”

Spaceport Colorado has cleared all initial hurdles in the licensing process and is currently conducting preliminary planning and feasibility studies with HDR for validation. A spaceport license is expected to be awarded in 2014.

“We are extremely pleased that S3 has decided to initiate aerospace activities in the US, and that they have chosen Spaceport Colorado as one of their bases of operations,” said Michael Miller, HDR Project Director. “We feel very fortunate that our team was able to facilitate discussions between the State of Colorado, S3, and the Spaceport, which resulted in a signed memorandum with S3.”

Swiss Space Systems Holding SA is a Swiss company founded in Payerne, Switzerland. It combines and supervises the activities of its affiliate companies in Switzerland and abroad. The objective of the S3 group is to develop, build, certify, and operate suborbital shuttles for the deployment of satellites up to 250 kg. The company currently has 50 employees, and its global budget up to the first satellite launch is around 275 million USD. www.s-3.ch

Spaceport Colorado’s vision is to become America’s hub for commercial space transportation, research and development. Horizontal launch spaceports are developing around the world and will become the foundation for a global suborbital transportation network. The U.S. is at the forefront of this next generation of connectivity. Colorado is in the right location and has the right resources for a horizontal launch spaceport because it’s connected to the 10th largest airport in the world (DIA) and it’s geographically located in the center of a transportation network with a close urban center and surrounding open areas for future development. Denver International Airport is a supporter of Front Range Airport, the proposed location for the spaceport, and has committed funding to assist with the final phase of the licensing process, which Spaceport Colorado is now in.