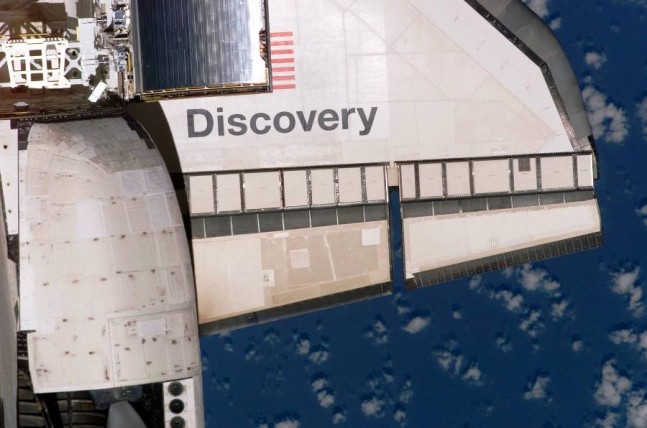 SpaceFlight Insider reviewed the recently-released University of Nebraska Press’ book Bold They Rise. The latest edition of the Outward Odyssey series, does an about face from the last volume in the line, Wheels Stop. Whereas Wheels Stop detailed the latter half of the space shuttle era (1986-2011) – Bold They Rise covers the missions and developmental phase of the program that saw the world’s first functional space plane ascend through the skies – and into orbit (1972-1986). The book’s author, David Hitt, sat down with SpaceFlight Insider for an exclusive interview and discussed the motivations that directed the book’s development.

Bold They Rise covers the period after man first set foot on the Moon and after the U.S. had conducted the joint Apollo-Soyuz Test Project in 1975 with Russia and the first U.S. space station rose to orbit in 1973 and fell to Earth in 1979. It had been hoped that NASA’s new space shuttle would take to the skies in time to boost the orbiting lab to a higher orbit. Sadly the shuttle did not fly until two years later in 1981. Hitt touched on this and other aspects of the program as he spoke with us about his hopes for Bold They Rise.

SpaceFlight Insider: Hi David, thanks for taking the time out of your busy schedule to chat with us. SpaceFlight Insider: Thanks!What was your rationale behind writing Bold They Rise?

Hitt: “The book is part of the University of Nebraska Press’ Outward Odyssey series and when I got done writing Homesteading (Space – which covered Skylab) they were looking for someone to do the shuttle books, what would become Wheels Stop and Bold They Rise. I had a wonderful experience on Homesteading and was eager to continue that. I was born one week after the Apollo-Soyuz Test Project landed. So, the Saturn era ended a week before I began. I was old enough for my dad to sit me in front of the television for STS-1, I was able to understand what was going on and to follow it. I was one of those people that grew up with the space shuttle being “my” spaceship.

Don’t get me wrong, Apollo was incredibly exciting, but there is a personal relationship with the space shuttle that I don’t have with the programs that took place beforehand. At the time I started work on Bold They Rise, the (Shuttle) program was winding down at that point and I saw it as an opportunity to write a love letter to the shuttle in its final active days.”

SpaceFlight Insider: What, if any, difficulties or obstacles would you say you faced in writing this book?

Hitt: “Oh, gosh! That’s a tough question to answer. The people that we spoke to were very happy to help us. You know, very excited with what they had done in terms of the shuttle program. It was, of course, a lot to try and put into a book. You know, figuring out, of the little bit that you can put in, deciding what you would have to cut out, to make it all fit was probably one of the biggest challenges.

Now that I am working on a developmental program, it was very interesting for me when I reread the book to see things that I would have done differently, things that I made me think that it was written from an outsider’s perspective when I wrote that chapter! (laughs) By-and-large, I’m pretty pleased with how it holds up.” SpaceFlight Insider: What type of reaction has the book received from the astronauts themselves?

Hitt: “What we have heard so far has been wonderful. You know, we had a book signing here in Huntsville about a month ago and “Hoot” Gibson and Rhea Seddon came down and were a part of that. We expected them to speak about their experiences on orbit, it was therefore very pleasing to hear them talk about their favorite parts of the book. That was really rewarding, you know?

SpaceFlight Insider: We can imagine!

Hitt: “With Homesteading Space, it probably would have been a more marketable book if we had cut it down a little bit, but one of our driving motivators was the fact that 50 years from now, what we cut out of that book – doesn’t get told. Working on the Skylab and now the shuttle book, we are working to preserve that history so that it will exist and therein make sure that this story gets told. The same is true with Bold They Rise, we want this story to exist in this way and I think people are very grateful that it is being captured in the manner that we did.”

SpaceFlight Insider: What do you think will draw the public to Bold They Rise?

Hitt: “Everybody has their story, those of us that are old enough? We remember where we were on January 28, 1986. If you were alive on the day that we lost Challenger, you remember exactly where you were. You know what that was like, that is your experience, that is your personal experience. What we tried to do in regards to this book is for, you know, all the milestones in the program. From the first launch of shuttle up through Challenger, capture those stories, those moments, those days and ask – what was it like? We ask these questions and got answers – directly from the people who lived it.

There are a lot of books a better job of capturing the technical details of the space shuttle or, you know, the chronology of the program in the level that we just couldn’t do. I hope that what we have done uniquely is capture the early years of the program – from the very people who made the program a reality.”

SpaceFlight Insider: By all accounts and from what we have already read, I think there is little debate that you were successful. Thanks so much for sharing your thoughts with us today.

Hitt: “No problem whatsoever, I enjoyed it!”

As noted above, Hitt co-authored Homesteading Space, covering NASA’s Skylab Program with former astronauts Owen K. Garriott and Joseph Kerwin in 2008. Some six years later, he produced Bold They Rise, this highly-detailed and engaging account of the birth and formative years of NASA’s Space Shuttle Program. This book is a welcome addition to the spectacular Outward Odyssey series and any space enthusiast’s collection that does not carry it – is missing something vital.

The book is at times gripping with the thrill found only in the “firsts” involved with anything to do with space exploration, at times it is poignant and is a solid read which provides important information regarding NASA’s program of record for more than thirty years.

Bold They Rise retails for $36.95 and can be purchased at Amazon.com, via the University of Nebraska Press or through other outlets.