Spaceflight in 2013: A Year in Review 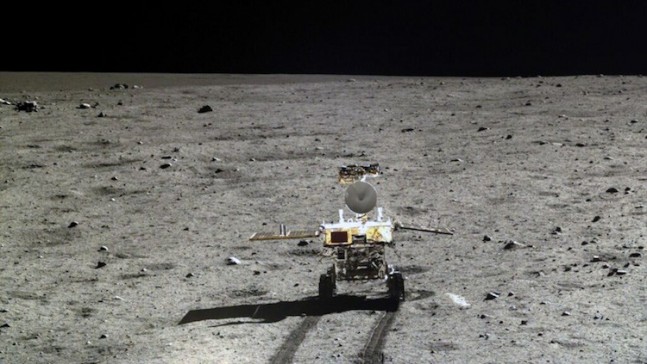 As 2013 comes to a close, it is a fitting time to look back and reflect on what has been an eventful year in spaceflight. This year saw the inaugural launches of six new launch vehicles from four different countries. The United States saw the Antares, Falcon 9 v1.1, and Minotaur V enter into service, along with Japan’s Epsilon rocket, China’s Kuaizhou, and Russia’s new single-core Soyuz-2.1v booster. Between January 15 and December 28, 81 missions were launched worldwide with only three failures. Most notable was the spectacular failure of a Russian Proton rocket on July 2, which lost control moments after liftoff and impacted near the launch pad.

It was also an important year for planetary exploration, with several nations embarking on their very first interplanetary missions. On November 5, India successfully launched its Mars Orbiter Mission probe aboard a Polar Satellite Launch Vehicle. The spacecraft executed a trans-Mars injection burn on November 30 and it is slated to enter into orbit around Mars on September 24, 2014. Utilizing the same launch window, NASA’s MAVEN orbiter launched aboard an Atlas V rocket just two days later and will reach Mars on September 22. Meanwhile, China has had a huge success with its very first lunar lander mission. On December 14, Chang’e 3 became the first spacecraft to make a soft landing on the moon in over 37 years. Chang’e 3 also successfully deployed the Yutu rover, sending back images of the rover driving across the lunar surface. American commercial spaceflight also saw substantial growth in 2013. In March, SpaceX successfully flew its second Commercial Resupply Services (CRS-2) mission to the International Space Station for NASA. Then on April 21, Orbital Sciences Corporation conducted the first test launch of the new Antares rocket in preparation for the COTS demonstration flight of the Cygnus spacecraft. Antares launched again on September 18, carrying the first Cygnus spacecraft into orbit. Cygnus was grappled and berthed to the International Space Station on September 29, delivering cargo to the crew and completing all of the COTS mission objectives.

NASA concluded the COTS program in November, now that both SpaceX and Orbital Sciences have completed all their cargo demonstration flights. With the Commercial Resupply Services contracts set in place, focus has shifted to the Commercial Crew Program. Sierra Nevada Corporation made progress with a successful glide test of the Dream Chaser spaceplane on October 26, despite a landing gear failure upon touchdown. SpaceX also made achievements of its own, independently from NASA.

On September 29, SpaceX made several firsts with the inaugural launch of the upgraded Falcon 9 v1.1 from Vandenberg AFB in California. It was both the first commercial satellite launch for SpaceX and their first polar launch from the west coast. Then on December 3, the new Falcon 9 launched from Cape Canaveral Air Force Station, delivering the SES-8 communications satellite into geostationary transfer orbit. With an apogee of 80,000 km and multiple burns of the upper stage, it was the highest SpaceX has ever flown. Even though the United States has not yet restored its crew launch capability, 2013 was an active year for human spaceflight. Over the course of the year, a total 15 astronauts were launched into orbit in five launches. Four Soyuz spacecraft carried crews to and from the International Space Station. China’s Shenzou 10 mission launched on June 11 with three taikonauts and docked with the Tiangong-1 space station prototype. With a duration of 15 days, it was China’s longest mission to date.

On the International Space Station, 11 spacewalks were conducted, totaling 66 hours and 43 minutes. On July 16, an EVA was cut short when Italian astronaut Luca Parmitano’s suit inexplicably leaked water into his helmet, causing an emergency situation. On November 9,  cosmonauts Oleg Kotov and Sergey Ryazansky took the Olympic torch for the 2014 Winter Olympics outside the station on an EVA. Then in December, astronauts Rick Mastracchio and Mike Hopkins repaired the station’s thermal control system and the Russians conducted their longest EVA in history.

Several events are already slated to take place in 2014, including the arrival of two Mars orbiters, the first soft landing on a comet, and the first flights of the Falcon Heavy and Russian Angara rockets.