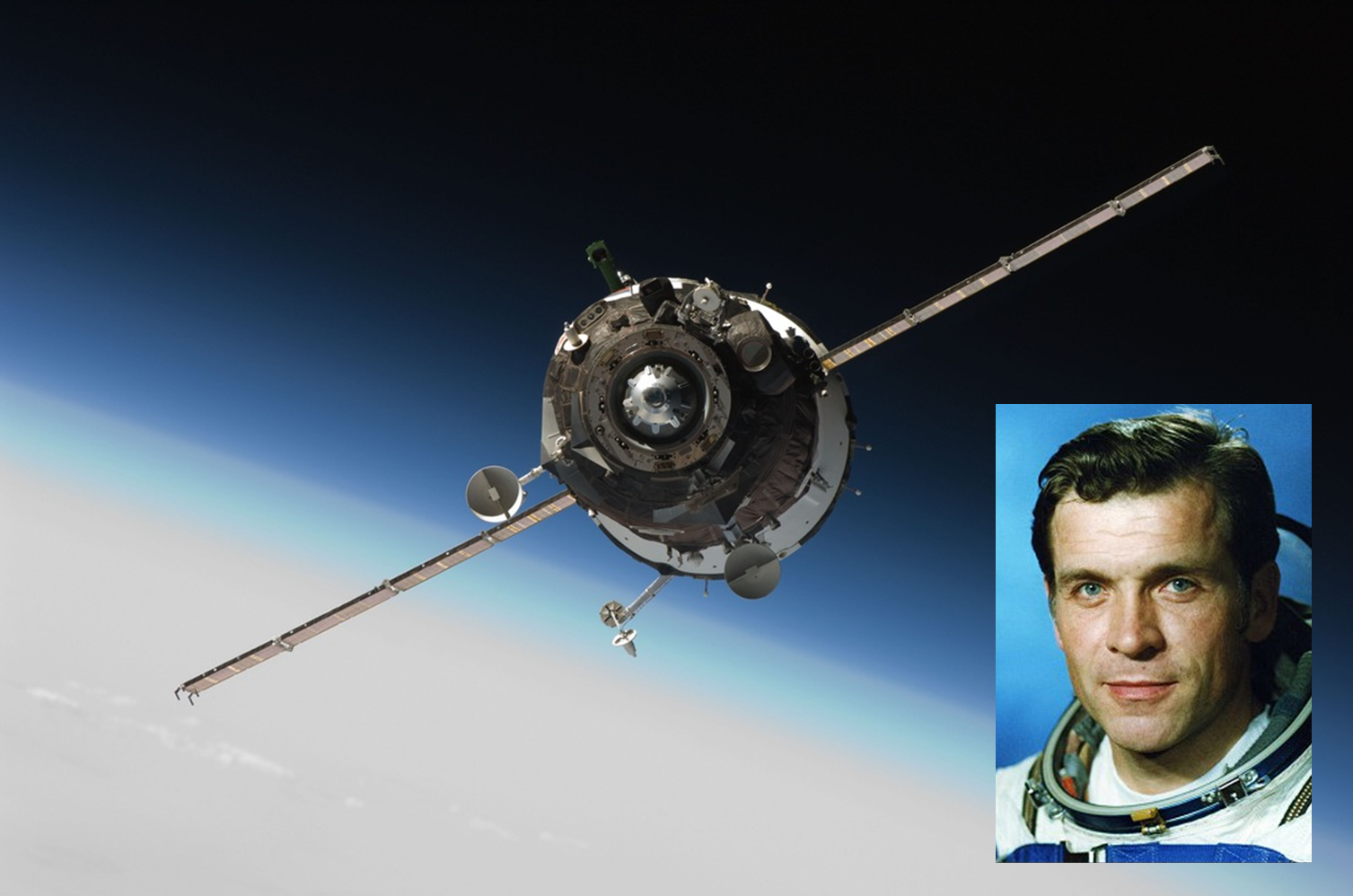 Born in Moscow on February 15, 1944, Serevbrov graduated from the Moscow Institute of Physics and Technology in 1967, and received a postgraduate degree from there three years later.

In 1976 he joined the Moscow-based aerospace company NPO Energia as an engineer working on various spacecraft development programs. He was selected to train as a cosmonaut on December 1, 1978, and remained in active service until 1995. Serebrov’s first spaceflight, Soyuz-T-7, launched on August 19, 1982. Alongside commander Leonid Popov and research cosmonaut Svetlana Savitskaya, Serebrov served as flight engineer on the third mission to the Salyut 7 space station, spending 113 days on orbit before returning to Earth on December 10 of that year.

The following year, on April 20, 1983, Sereberov again headed up to Salyut 7, this time aboard Soyuz T-8 as a research cosmonaut in the company of commander Vladimir Titov and flight engineer Gennady Strekalov. But a few hours into the mission it became clear the mission had a problem.

An antenna on the Soyuz spacecraft had been torn off during the separation of the protective fairing which covers Soyuz during launch. This made it impossible to dock with the space station normally. An optical rendezvous was attempted in darkness but this had to be aborted to avoid a collision and the maneuver consumed so much fuel that it was decided to bring T-8 home after just two days.

Serebrov’s third flight was to the much larger Mir space station as flight engineer aboard Soyuz TM-8 alongside commander Alexander Viktorenko. During his 166-day, 2,600-orbit stay, between Sep. 6, 1989 and Feb. 19, 1990, he made five space walks. His second trip to Mir, and final spaceflight, came three years later on Soyuz TM-17 with commander Vasily Tsibliyev and research CNES (the French federal space agency) astronaut Jean-Pierre Hignere. Again he ventured out of the station five times during a stay of nearly 197 days, from Jul. 1, 1993 until Jan. 14. 1994. Cumulatively, Serebrov was in space for just over a year – 372 days 22 hours, logging 31 hours 49 minutes of extra-vehicular activity or “EVA.”

Serebrov was a highly-decorated cosmonaut, he received the title of the Hero of the Soviet Union as well as Pilot-Cosmonaut of the Soviet Union, two Orders of Lenin, and France made him an Officer of the Legion of Honour.  He leaves behind a wife and one child. We at SpaceFlight Insider want to extend our deepest condolences to his family.