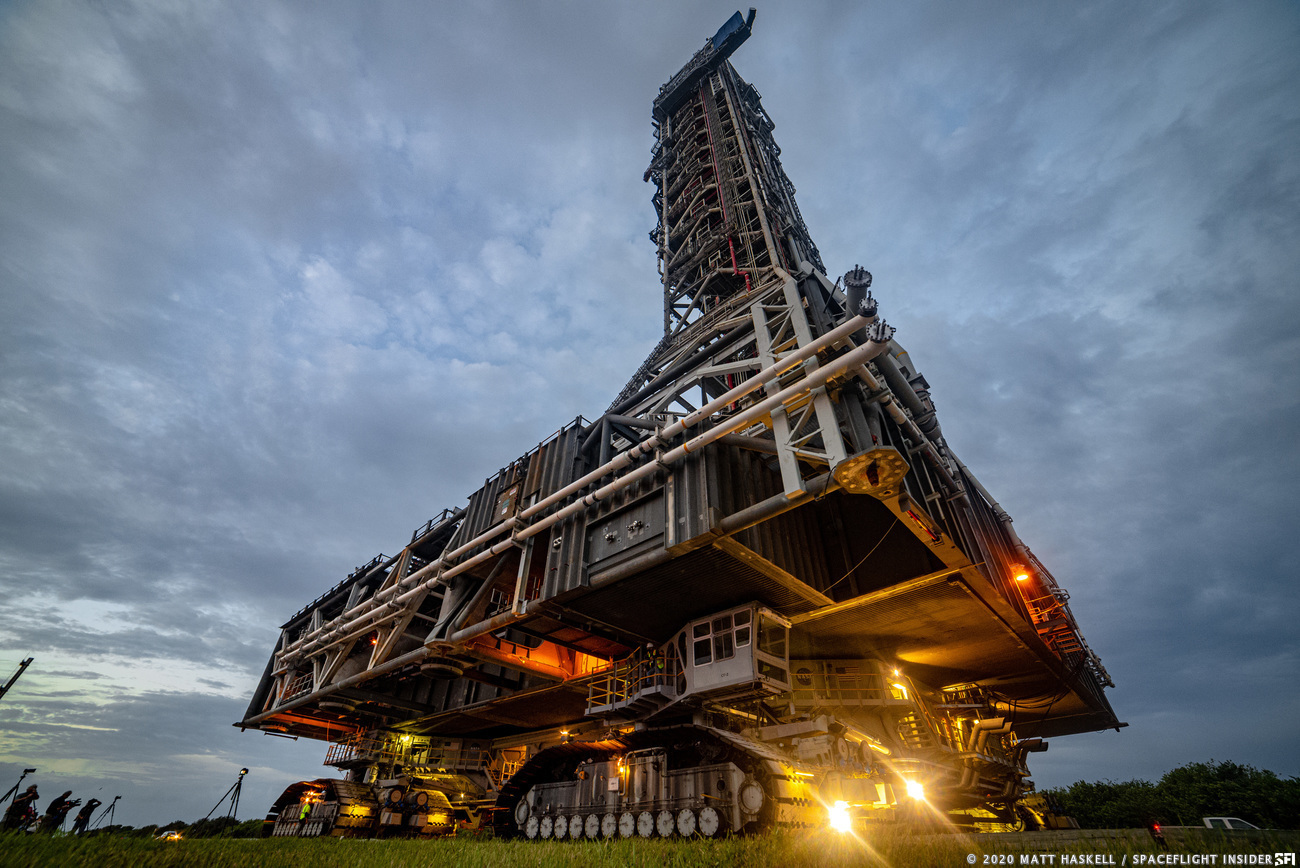 On October 20, 2020, the Mobile Launcher (ML) for NASA’s Space Launch System rocket rolled to Kennedy Space Center’s Pad 39B for the first time since December 2019. The roll, which began just after midnight and took approximately 8 hours to complete; the ML is scheduled to remain in place for a minimum of two weeks, as engineers prepare it for a rehearsal prior to the launch of SLS and Orion on the Artemis l mission in 2021. 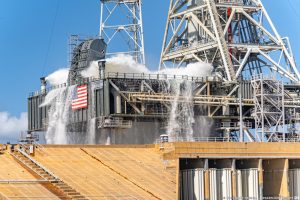 During the ML’s time on the launch pad, the NASA team will be able to perform a full countdown in preparation for its first launch. Other tasks to be completed include lowering the engine service platform into its pre-launch, and launch positions, as well as performing routine inspections. Other preparations expected to occur on the pad include testing of umbilical swing arms, as well as additional subsystems.

A key task also planned during this period is a “top to bottom washdown“ of ML. This wash down will not only utilize the platform’s sound suppression system, but will also trigger the Launch Umbilical Tower’s fire suppression system. In the event of a fire, each level of the ML has systems of piping and nozzles for a high pressure water flow onto the individual platforms. NASA wants to trigger these systems in order to quickly wash Foreign Object Debris (FOD) off the ML and into the flame trench, where it will then be recycled. The last time the fire and sound systems were tested was in December 2019, and would need to be re-certified in November 2021.

Standing at a height of nearly 380 feet and weighing in excess of 10 million pounds, the ML is a considerable behemoth to move. Facilitated through the usage of one of KSC’s two historic Crawler Transporters, this time using CT-2. The crawlers themselves weigh over 6 million pounds and stand 20 feet high. The transporters are massive tracked vehicles that have moved launch vehicles to launch complex 39 A&B throughout history.

The move serves to support NASA’s commitment to returning astronauts to the moon by 2024. NASA’s Artemis lunar exploration program is a collaboration between commercial and international partners, with the ultimate goal of sending the first astronauts to Mars. 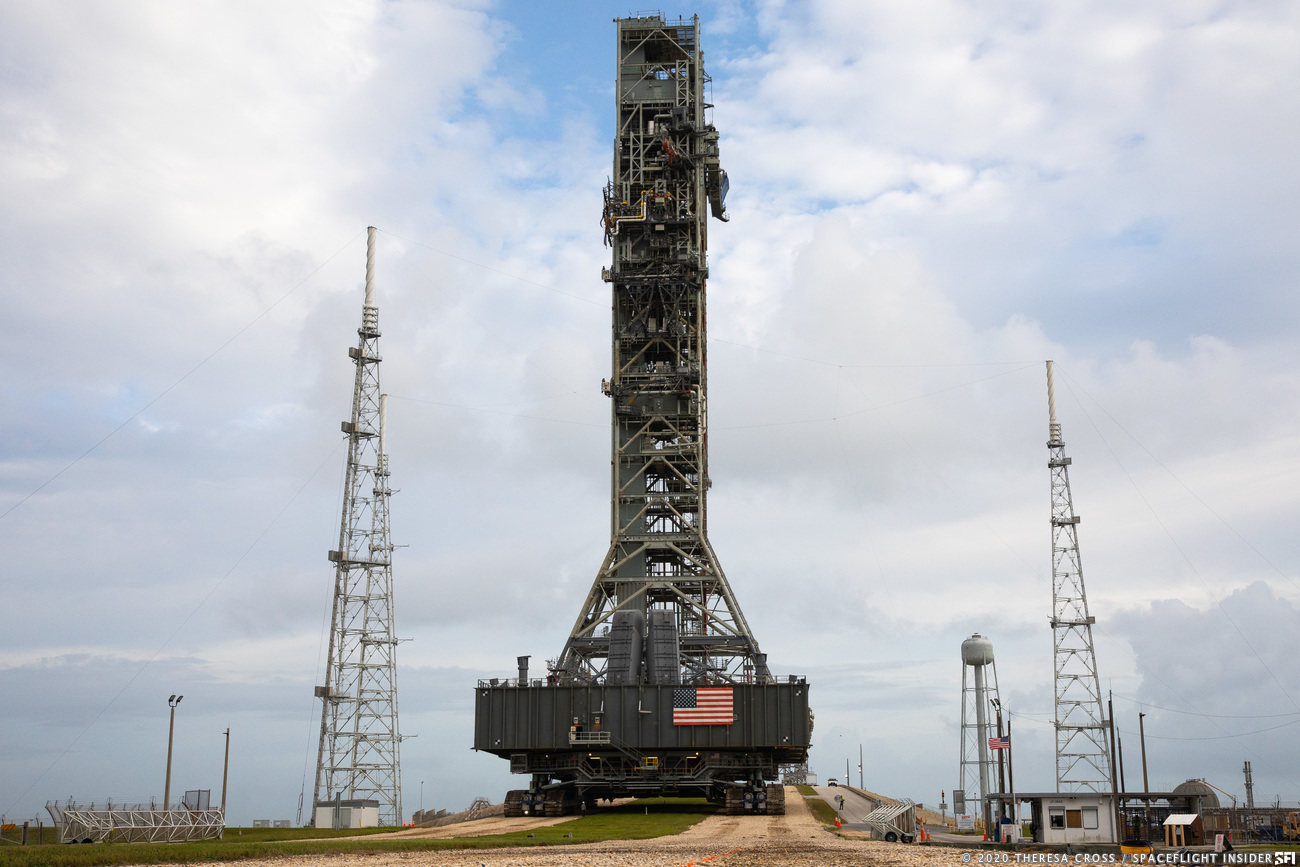 The SLS Mobile Launcher arrives at LC-39B, maintained level by the hydraulically leveled Crawler Transporter, as it slowly climbs the 5% grade onto the base of the pad on October 20, 2020. Image: Theresa Cross, Spaceflight Insider