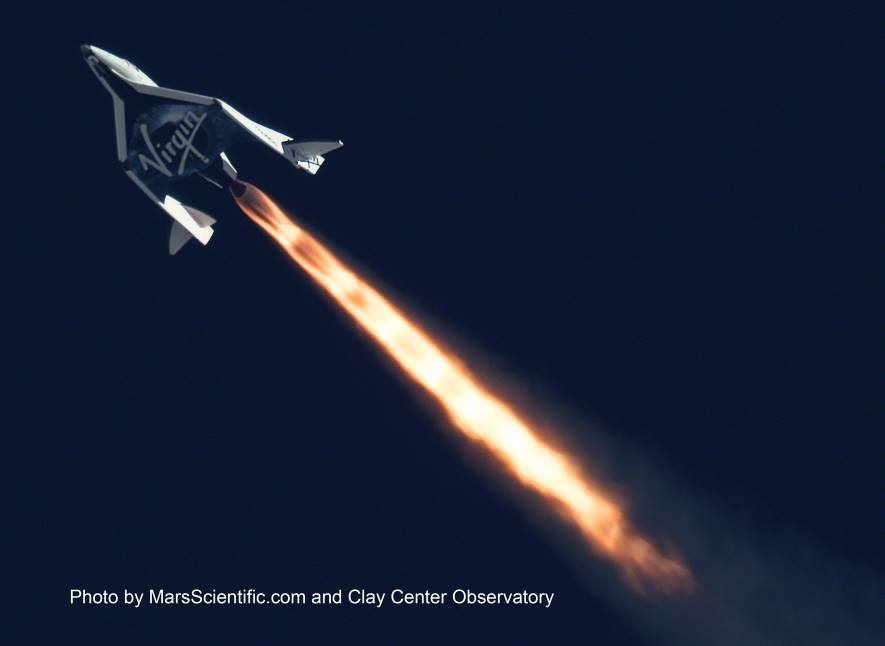 Just last week the television network NBC today announced that it had reached a deal with Sir Richard Branson’s Virgin Galactic, along with Mark Burnett’s One Three Media to develop a reality TV series that may just attract space enthusiasts. Dubbed the “Space Race” this new show is being touted as: “groundbreaking, elimination competition series where everyday people compete for the ultimate prize.” That prize will be a trip to suborbital space via Virgin Galactic’s SpaceShipTwo. If everything goes according to plan, participants could win the experience of a lifetime.

Virgin Galactic’s owner, Sir Richard Branson, has stated that he views this new endeavor as a means by which to highlight commercial efforts to provide access to space.

“Virgin Galactic’s mission is to democratize space, eventually making commercial space travel affordable and accessible to all. ‘Space Race’ allows us to extend this opportunity of a lifetime to as many people as possible right at the start of our commercial service – through direct experience and television viewing. All of us at Virgin Galactic and our partner aabar Investments are delighted to be collaborating with NBC and Mark , who is a true pioneer and creative force in television programming,” Branson said.

The network which would air the show made similar comments noting the size of this project could lead to benefits for some that have never been offered to any contestant prior to this new show.

“The scope of this endeavor is so staggering, that it took these two titans to even imagine it,” said Paul Telegdy, President of Alternative and Late Night Programming, NBC Entertainment.  “The term ‘trip of a lifetime’ has for once been delivered on!  This will be a remarkable experience for anyone who has looked at the night’s sky and dared to dream of Space Flight.”

No clues as to when the show might air, if anyone has already been tapped to host or if contestants have been selected have been announced. As for the first flights of Virgin Galactic’s SpaceShipTwo, according to a report in the Las Cruces Sun-News that space tourists might take to the “black” sky by June 30, 2014. For those involved on the project, customer safety, as well as providing the “average” man with a chance to fly to space.

“For the past ten years I have relentlessly pursued my dream of using a TV show to give an everyday person the chance to experience the black sky of space and look down upon mother Earth,” said the show’s executive producer Mark Burnett.  “I spent a day in the Mojave desert with Sir Richard and his impressive team. We got to see the space ship up close and hear of Sir Richard’s incredible vision of how Virgin Galactic is the future of private space travel.  I am thrilled to be part of a series that will give the everyday person a chance to see space and that NBC has come on board to so that viewers at home will have a first class seat.”

As stated above, the public, those that can afford the $200,000 ticket to ride on SpaceShipTwo might have the opportunity to become astronauts as early as next year. NASA and other organizations have also shown an interest in Branson’s company for carrying scientific payloads. This means that “Space Race” could serve as a herald for the company’s efforts.