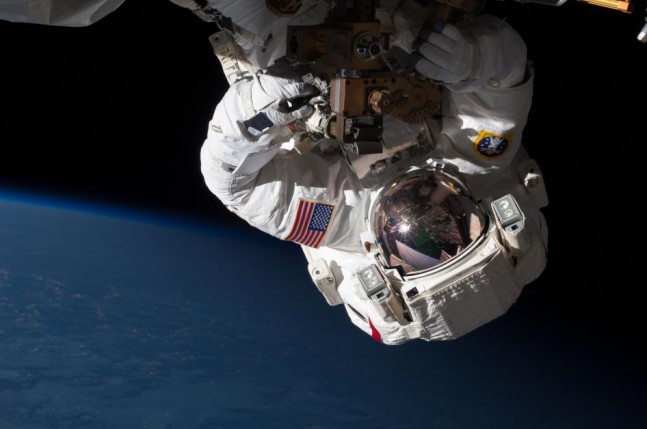 The Expedition 38 crew on the International Space Station are preparing themselves to conduct needed spacewalks to repair a faulty coolant system on the station's exterior. Photo Credit: NASA

A failure in the International Space Station’s (ISS) Loop-A coolant system last week has had impacts as NASA and its partners continue to troubleshoot a problem they categorize as “urgent.” As reported in Spaceflight Insider, the ISS’ ammonia coolant loops used to maintain safe operating temperatures for on-orbit equipment have been a source of concern for the space agency in the past. Most recently in May of 2013 an Extravehicular Activity (EVA) was quickly planned to replace a leaking pump on Loop-B. This has become a recurring problem, one which highlights the current state of the orbiting laboratory.

Over the last week experts on the ground and in orbit have attempted to correct the malfunction from within the space station, employing (as reported by ABC News) the use of famed NASA “Tiger Teams.” During this time non-critical functions in the Harmony node and Kibo and Columbus laboratories were powered down. NASA assured the public that there is no present risk to the six crewmembers comprising Expedition 38 who are currently in orbit. They include Japanese Aerospace Exploration Agency (JAXA) astronaut Koichi Wakata, Russian cosmonauts Mikhail Tyurin, Oleg Kotov, and Sergey Ryazanskiy, and NASA astronauts Rick Mastracchio and Mike Hopkins. Although the coolant system which failed is newer, some elements of the International Space Station have been on orbit since 1998. Photo Credit: NASA

One week after the loss of Loop-A NASA announced Flight Engineers Mastracchio and Hopkins would perform possibly as many as three EVAs to remove and replace the failed pump with a spare already located on-board the orbiting laboratory. Mastracchio is a spacewalk veteran, having performed six during his career for a total of thirty-eight hours and thirty minutes. This will be Hopkins first, second, and possibly third spacewalks of his career. Wakata will operate the robotic arm to help maneuver Mastracchio and Hopkins into place.

The first EVA will begin at 7:10 a.m. EDT Saturday Dec. 21, and is planned to last for about six hours and thirty minutes. A second EVA is scheduled to occur on Dec. 23. Should a third EVA be needed, it will take place on Christmas Day, the first to do so since 1974.

A prescheduled EVA by Commander Kotov and Flight Engineer Ryazanskiy will continue as planned on Dec. 27. As a result of the risk of ammonia contamination while changing coolant pumps, a routine contingency plan exists to decontaminate the astronauts before reentering the ISS’ sensitive environment.

The spacewalk is also confirmation that Orbital Sciences Corporation’s Antares rocket, carrying supplies for the ISS on its Cygnus spacecraft, would not launch this past Thursday. Both the planned and unplanned EVAs mean the rocket will not launch until the New Year. This was set to be Orbital Sciences’ first flight that the Dulles, Virginia-based firm would conduct under the $1.9 billion Commercial Resupply Services contract it has with the space agency. Be sure to tune into SpaceFlight Insider for updates regarding the spacewalks.