OPINION: The SpaceShipTwo disaster: A matter of transparency 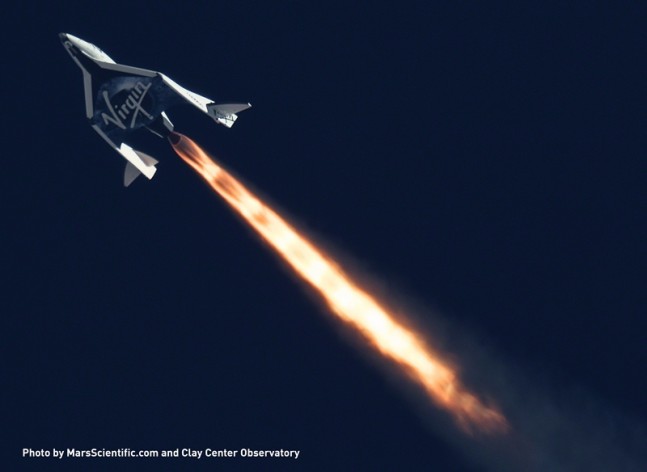 Virgin Galactic’s SpaceShipTwo crashed on Friday Oct. 31 during a test flight in California’s Mojave Desert, killing one of the two crewmembers and leaving the other seriously injured. Scant details are presently available, but it is clear that this incident will set back suborbital flights for paying customers for an extended period of time.

At the time of writing, 12 hours after the disaster, everything that is know about the event boils down to a statement published on Virgin Galactic’s website that mentions “a serious anomaly resulting in the loss of the vehicle.” After reassuring the reader that “the WhiteKnightTwo carrier aircraft landed safely,” the statement informs that, “Local authorities have confirmed that one of the two Scaled Composites pilots died during the accident.” Virgin Galactic is “deeply saddened by today’s events,” and their “thoughts and prayers are with the families of all those affected by this accident.”

It is early and premature to make any hypothesis about what went wrong with SpaceShipTwo, but this accident is a wake up call to the industry about how dangerous it is to run a business involving the safety of so many people – crews, paying customers, spaceport personnel, and even the public at large – in a regime of silence and lack of transparency.

The accident itself, the first fatality of the newly established space tourism industry, is likely to set back Virgin’s plan to carry paying customers to space for quite a while. An inappropriate response to the crisis from Virgin Galactic, however, is more likely to kill the industry once and for all.

At the time of the accident, there are hundreds of people who paid a deposit towards the $250,000 required for a flight that promises a 5-minutes space experience. Virgin’s approach towards the crisis resulting from the accident will determine how many of them will stick to their original plan.

So far, Virgin’s approach has failed to impress. George Whitesides, Virgin Galactic’s CEO, stated in a press conference that “Space is hard and today was a tough day.” But, he adds, “We believe we owe it to the folks who were flying these vehicles as well as the folks who have been working so hard on them to understand this and to move forward.”

Virgin Galactic’s original plan to begin operations by the end of the first decade of the millennium has been postponed several times, without ever disclosing the reasons behind such delays.

On September 29, 2011, right after being released from carrier plane WhiteKnightTwo, SpaceShipTwo experienced a tail stall.  This particular event, however, did not led to a tragedy thanks to the ability of the pilot to recover by using SpaceShipTwo’s unique feathered tail. Virgin Galactic at the time commented that “the crew followed procedure, selecting the feather mode to revert to a benign condition,” concluding joyfully “Great flying by the team and good demo of feather system.”

In reality, in aviation a tail stall is a very dangerous event that reveals a shortcoming of the vehicle. Senior space journalist Leonard David, who investigated the matter a little bit further, collected the comments of an observer who said bluntly that the craft “dropped like a rock and went straight down.” The witness, however, remained anonymous, and Leonard’s article was one of the few ones about the accidents that made it to the press. The only thing that is know for sure is that it took Scaled Composites more than a year to address the issue and return the vehicle to test flight, and that by 2014 they were not significantly closer to start operations.

A testing plan, even an aggressive one, is always designed with the intent to preserve the lives of the people involved. We believe that Virgin Galactic and Scaled Composites never had the intent put the lives of their crew in danger. But “Space is hard” is a very poor statement to release in face of the death of a man. The family of the victims, as well as Virgin Galactic’s paying customers, deserve to know more about a “serious anomaly” that killed “one of the two Scaled Composites pilots.” And no, “space is hard” is not an excuse.

This article originally appeared on Space Safety Magazine and can be viewed here: SpaceShipTwo the opinions expressed here are solely those of the author – and do not necessarily reflect those of SpaceFlight Insider