Northrop Grumman prepares to launch next Cygnus re-supply to ISS 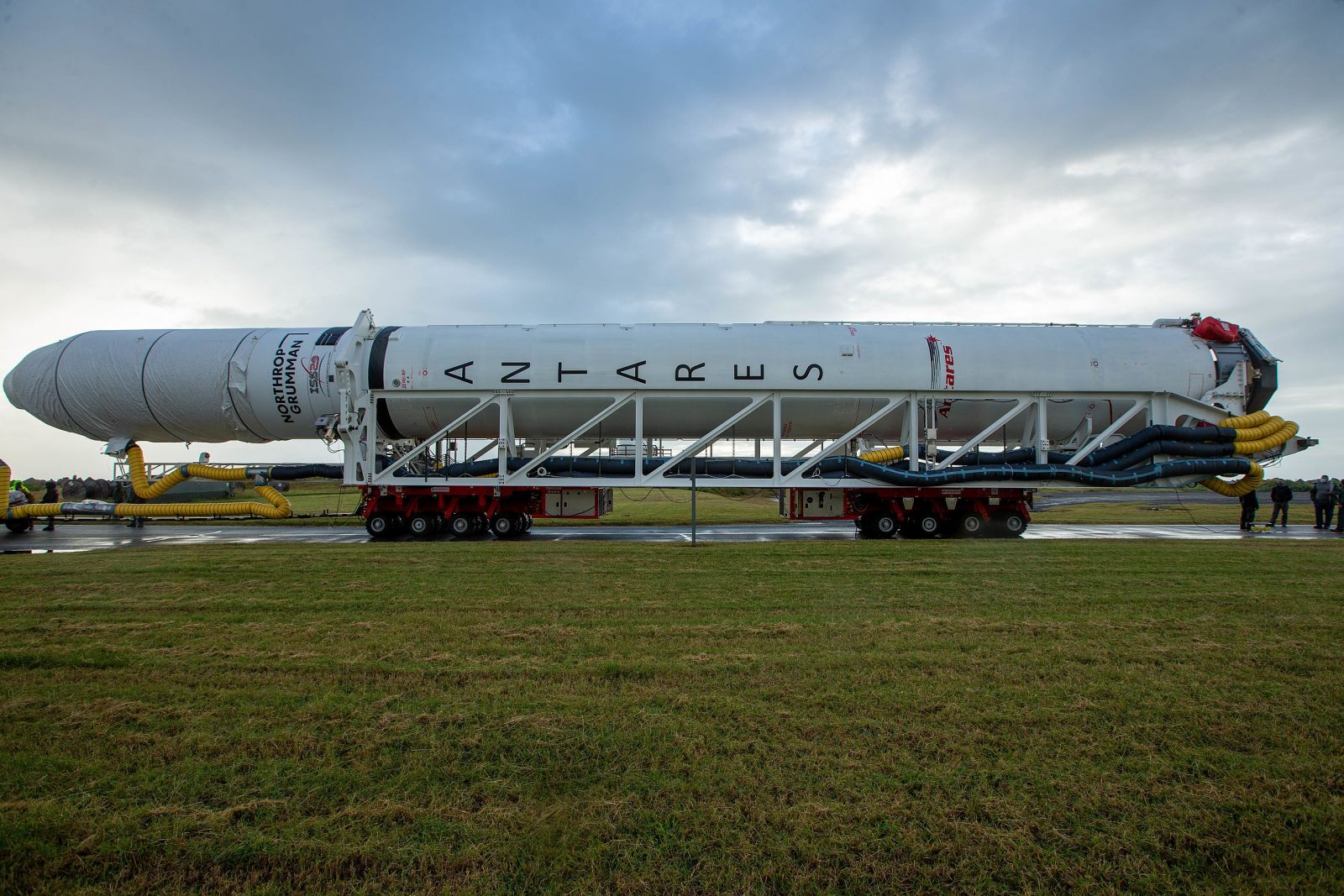 The Northrop Grumman Antares Rocket and the NG-14 Cygnus spacecraft are transported to the launch pad at NASA’s Wallops Flight Facility in Virginia. Image: NASA

Northrop Grumman is preparing to launch its next Antares Rocket and Cygnus re-supply spacecraft from NASA’s Wallops Flight Facility in Virginia. The mission, dubbed NG-14, will send the Cygnus spacecraft loaded with supplies and science experiments to the International Space Station.

For this flight, Cygnus is loaded with 7,624 lbs of research, hardware, and supplies for the station. Among that hardware, is a new toilet for the orbiting laboratory. The new toilet features an improved urine transfer system that will assist in the storage and recycling of human waste in the form of purified drinking water. Also hitching a ride is a series of scientific experiments slated to be performed by the current crew. Among these experiments include targeted cancer therapies utilizing human Messenger RNA, which can only be conducted in the microgravity environment found onboard the station. Cygnus will also be carrying radishes to be added to the space station’s onboard garden experiment known as Plant Habitat-02. 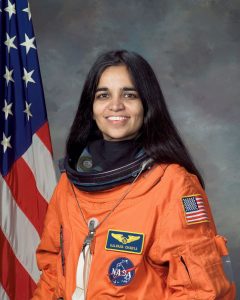 NASA Portrait of astronaut Kaplana Chawla, prior to her flight on board STS-107, which tragically broke apart during re-entry, claiming the lives of her and her crew. Image: NASA

A unique item flying aboard Cygnus however, is a 360 degree camera being supplied by Felix and Paul Studios. In cooperation with NASA, Felix and Paul Studios hopes to capture a spacewalk in a virtual reality environment, in order to help give the general public an idea of what it’s like to live and work onboard the International Space Station.

In typical Northrop Grumman tradition, the Cygnus is named for a fallen member of the spaceflight community, with the past two flights having been named after Apollo astronaut Alan Bean, and America’s first African-American astronaut, Robert Lawrence Jr. For NG-14, Cygnus has been given the honorary name of “S.S. Kalpana Chawla” in recognition of the mission specialist who bravely lost her life during the tragic breakup of  the Space Shuttle Columbia during the re-entry phase of the STS-107 mission on February 1, 2003.

Designed by the Orbital Sciences Corporation and manufactured by Northrop Grumman, the Cygnus spacecraft was developed as a direct byproduct of NASA’s initiative of utilizing privately-funded ventures to deliver supplies and scientific experimentation to and from the station. The Cygnus spacecraft has completed 14 successful missions with the International Space Station, where it is unloaded, then loaded with waste for disposal through atmospheric re-entry. In order to get to orbit, Cygnus relies on Northrop Grumman’s Antares Rocket, a 139 foot tall liquid fueled rocket, utilizing an RD-181 engine.

Originally scheduled for liftoff on September 29, the launch was delayed due to forecasted inclement weather in the launch corridor on Tuesday and Wednesday. The rocket and its payload are now scheduled to liftoff on Thursday, October 1, at 9:38 p.m. EST. Upon reaching the space station, Cygnus is expected to dock at the space station’s Unity Nadir docking port towards the aft end of the orbiting laboratory. 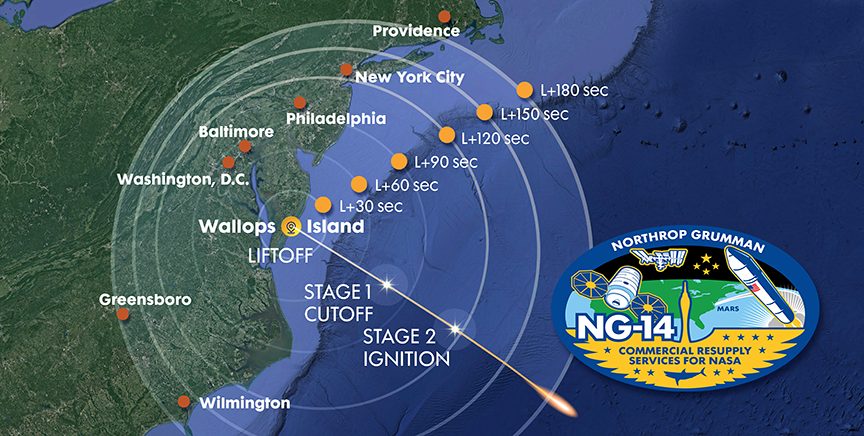