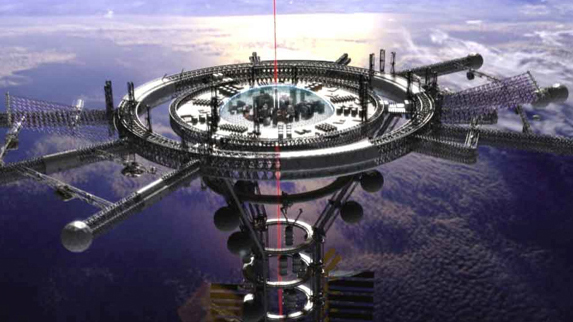 “During the second phase of our NIAC program, visionary concepts are matured to advance concepts from notional to feasible,” said Michael Gazarik, NASA’s associate administrator for space technology at the agency’s headquarters in Washington. “These advanced technology concepts are critical for kick-starting innovation that will enable our future missions.”

Recent Phase II studies have included a concept for a sample return from extreme environments. This project could lead to a simple and efficient way  to obtain and return multiple samples drilled from an asteroid’s crust at lower cost than soft landing missions.

Another Phase II project is “SpiderFab”, a new approach to 3D-printing in space.  This technology could enable NASA to build giant telescopes and other large structures in orbit, thus avoiding the need to design them to fit within a rocket’s shroud or withstand the vibrations and g-loads of launch.

“In NIAC Phase I Studies, the focus is basic feasibility and potential benefit. In Phase II, we can get into real systems engineering and in some cases even demonstration” said Jay Falker, NIAC program executive at NASA Headquarters. “This is critical for taking concepts from paper studies to engineering implementation. Phase II also helps address the important technology development needs of NASA’s current and future programs.” NASA will be accepting Phase II proposals until June 3. The call for proposals is open to only current or preciously rewarded Phase I concepts. Selection announced will be be made later this year.  Complete submission guidelines are available on the NIAC website.

NIAC expects to select approximately five  new Phase II studies this year.  The exact number of awards will be based on the strength of the proposals, availability of sufficient funds, and the overall number of Phase I and Phase II awards.  Selected researchers can receive awards of up to $500,000 over two years to further develop and analyze their cutting-edge concepts.

Yesterday I was thinking about the International Space Station, and how it could be de-orbited safely. In its present situation, it has no choice, but to return to earth.

Then the Mars mission came to mind. Why not take the space station to Mars? Yes it would take more fuel because of the extreme extra load for acceleration and deceleration, on the other hand fuel could be stored on board along with other supplies.

Accelerating the Space station seems like the biggest problem.