New class of exoplanets identified in search for extraterrestrial life 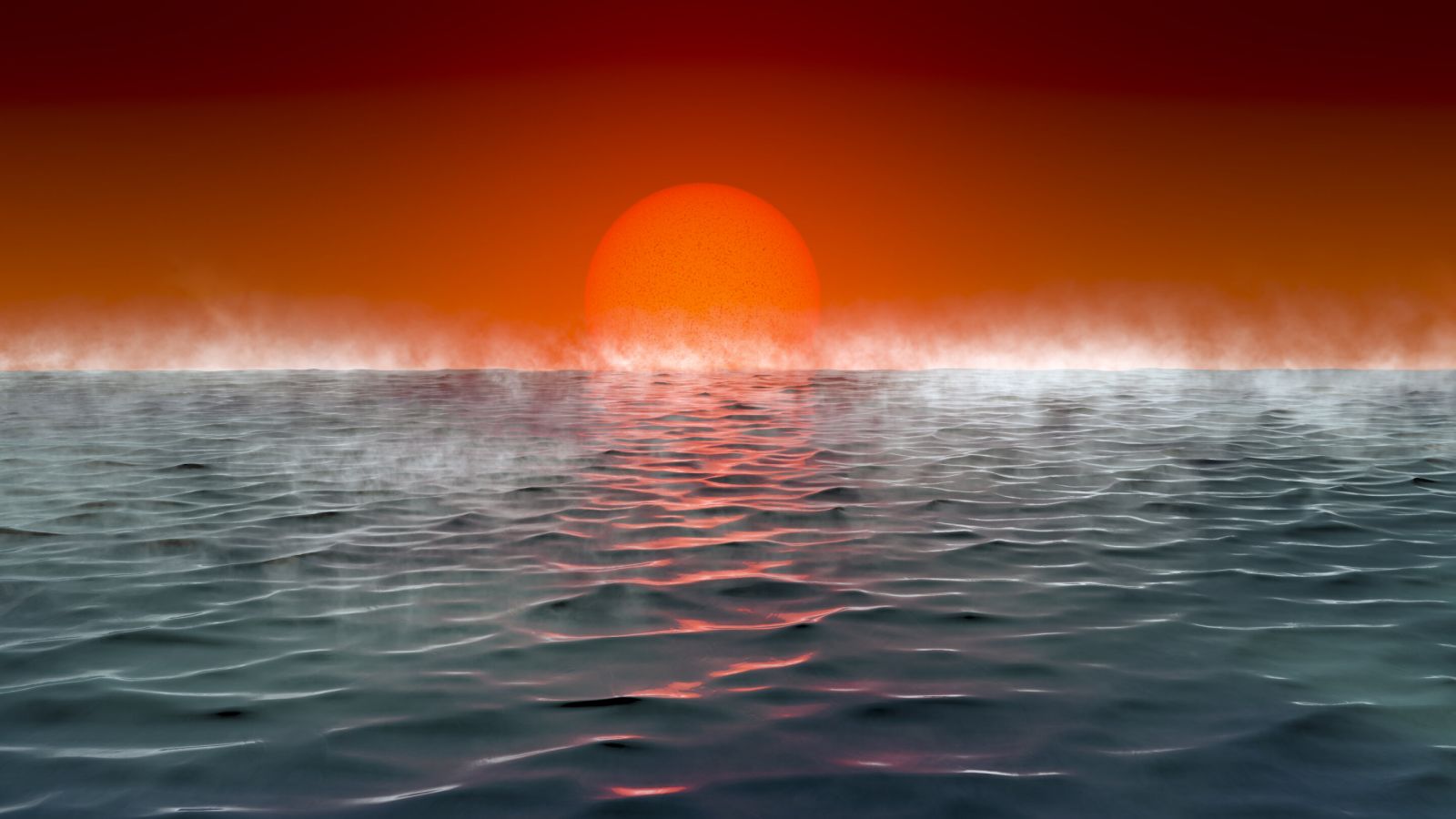 An artist’s rendering of a Hycean planet, a new subclass of exoplanets. Credit: Amanda Smith, University of Cambridge

More than 25 years after the discovery of the first exoplanets, scientists have identified a new subclass of planets that are hot, have large oceans and thick hydrogen atmospheres, and may be habitable for microbial life.

Not present in our own solar system, these worlds are known as Hycean planets. They are typically up to 2.5 times larger than Earth, covered mostly or completely by oceans of liquid water, and have hydrogen-rich atmospheres.

Hycean planets appear to be the most common among the more than 4,000 exoplanets discovered since 1992. Their habitable zones are larger than those of Earth-like planets, on which most searches for extraterrestrial life have concentrated, because their oceans can support extremophiles, microbes that can survive in extreme conditions beyond those normally habitable for more advanced life forms.

In size and density, Hycean planets run the gamut from super-Earths to mini-Neptunes. They can be rocky worlds like the Earth or gaseous worlds with rocky interiors though gaseous worlds are less likely to be hospitable to life due to their high pressures and temperatures.

Surface temperatures on Hycean worlds can reach 392 degrees Fahrenheit (200 degrees Celsius). Some may orbit so close to their parent stars that they are tidally locked, with one side always facing their host star and the other always facing away from it.

Yet scientists believe microbial life could exist on these worlds, on the hemispheres facing away from the parent star, much like extremophiles on Earth that live in hydrothermal vents at the bottom of its oceans.

“Hycean planets open a whole new avenue in our search for life elsewhere,” said Nikku Madhusudhan of the University of Cambridge’s Institute of Astronomy.

These worlds could be better targets in the search for extraterrestrial life than the Earth-like planets that scientists have prioritized. Some scientists think biosignatures, ingredients necessary for life, such as oxygen, ozone, nitrous oxide, methane, methyl chloride, and dimethyl sulfide, could be found on Hycean planets within the next two or three years.

“Essentially, when we’ve been looking for these various molecular signatures, we have been focusing on planets similar to Earth. But we think Hycean planets offer a better chance of finding several trace biosignatures,” Madhusudhan stated.

“A biosignature would transform our understanding of life in the universe. We need to be open about where we expect to find life and what form that life could take, as nature continues to surprise us in often unimaginable ways.”

Madhusudhan and his fellow research team members have selected known Hycean planets, all of which orbit red dwarf stars between 35 and 150 light years from Earth, for further study with the James Webb Space Telescope (JWST), which is scheduled to launch in the late fall. One of their targets is a gaseous mini-Neptune, K2-18b, that orbits a red dwarf 110 light years away.

In order to determine whether a planet is Hycean, scientists must identify its distance from its parent star, then measure its mass, atmosphere, and temperature. Spectroscopic observations should make it possible for researchers to detect biomarkers in planets’ atmospheres.

“It’s exciting that habitable conditions could exist on planets so different from Earth,” noted Anjali Piette, also of Cambridge University.

A paper on these findings has been published in The Astrophysical Journal. 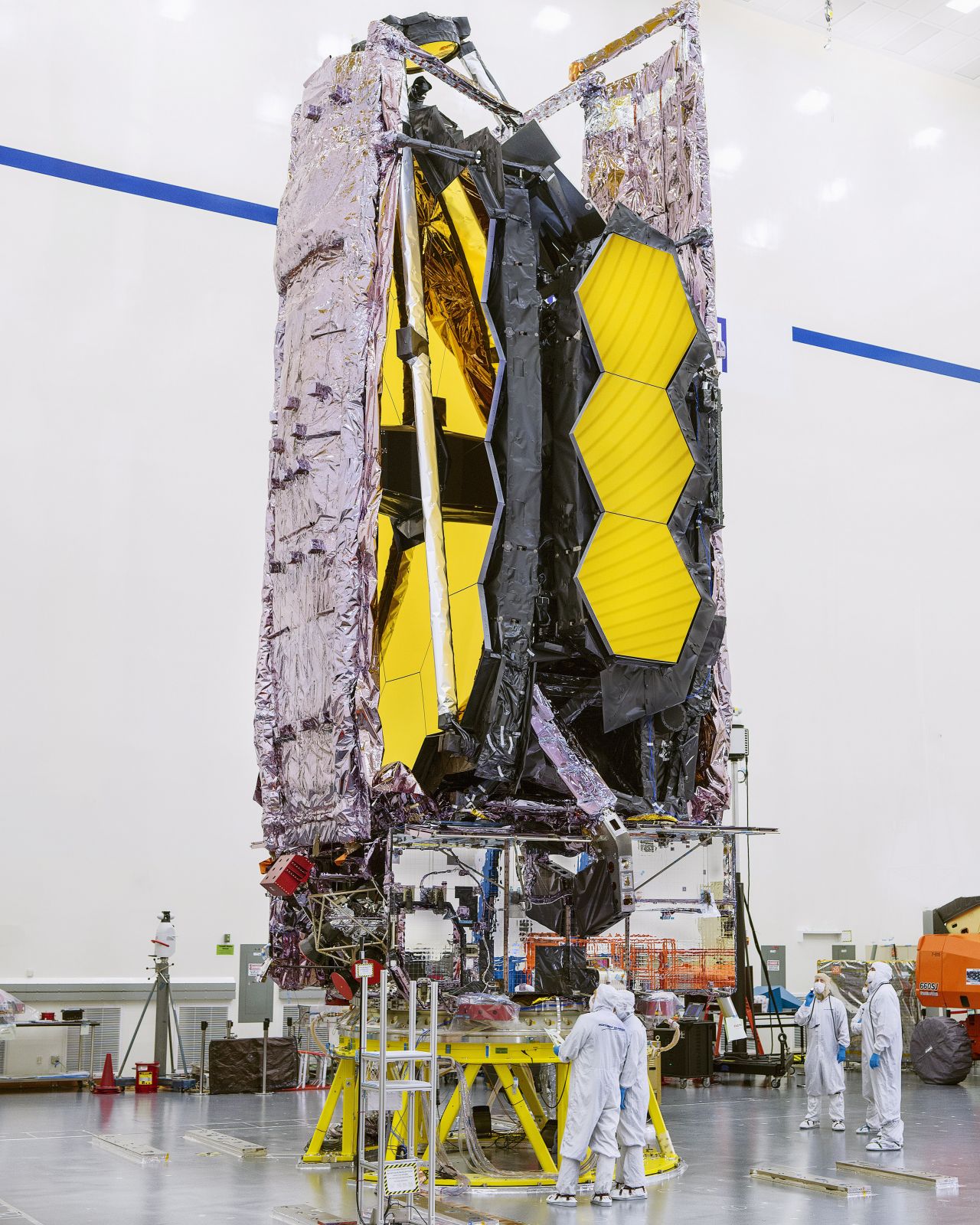 The James Webb Space Telescope is now completely assembled in preparation for launch later this year. Among its many tasks, it is expected to help further study exoplanets. Credit: NASA/Chris Gunn

I cannot wait for James Webb to get into space and come on line. Excited for sure – I call it chomping at the bit.

I hope everything goes as planned and works to perfection.
Yay NASA!