NASA’s LDSD is grounded due to unfavorable weather conditions 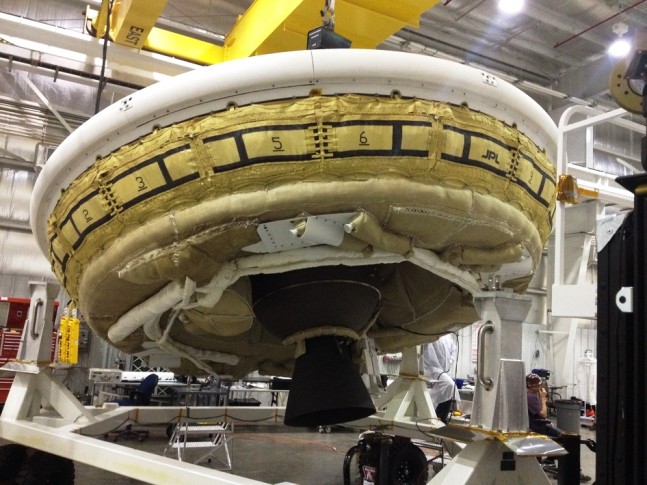 The team spent a lot of time going over detailed weather maps and studying wind conditions from the last few years in order to select the best potential launch dates. They originally selected six possible dates – June 3, 5, 7, 9, 11 and 14. In order for the vehicle to launch on any one of these dates, the proper wind conditions had to be present. The team studied predictions for each potential date, hoping to see favorable winds for a surface balloon launch, with higher winds to carry the vehicle out over the ocean where the tests could be performed safely.

When choosing the test site, NASA and JPL surveyed many locations that were capable of such a test as well as previous locations where balloons had been launched. They ended up with two possible test sites – Hawaii and Australia. However, the site in Hawaii had an added feature – a large ridge behind the Naval base, protecting the balloon until it launches, and stronger winds can carry it out over the ocean.

Weather conditions are not the only factor the team has to keep in mind when selecting dates, the range has many other customers besides NASA who need to use it. After analyzing weather maps and projected wind conditions for the rest of the month, the team is working with the range to possibly select a few more potential launch dates around the end of June. The months of June, July and August are the only opportunities this year to launch the LDSD. If the wind does not cooperate this summer, then the test will have to be postponed until next year.

Mission preparations, regardless of the destination, are a lengthy process – especially those missions involving humans. The LDSD team has been working diligently since 2010 to design and test the vehicle and its braking systems. So a delay like this is just considered a small hiccup and will not have a large impact on the overall project and budget. The team remains focused and has their eyes fixed on the end result.