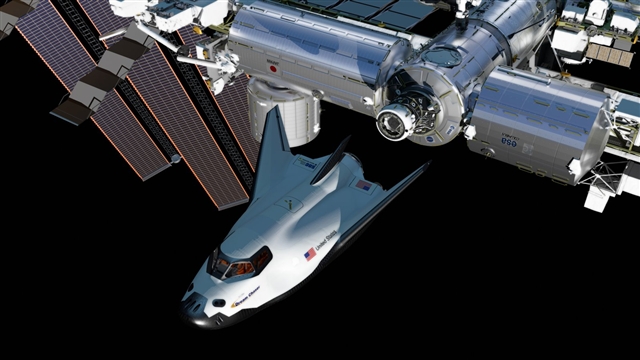 With escalating tensions in the Ukraine damaging U.S.-Russian relations and possibly jeopardizing American access to the International Space Station (ISS), recent accomplishments suggest NASA’s dependence on Soyuz-access to the ISS might be drawing to a close. NASA’s private partners under the space agency’s Commercial Crew Program (CCP) have made steady progress toward being able to send astronauts to the ISS via commercial means.

An official working on the CCP, Kathy Lueders, the project’s acting program commented on the latest progress.

“Already this year, NASA and its industry partners are making tremendous progress toward achieving the nation’s goal of restoring America’s capability to launch commercial passengers, including astronauts, from U.S. soil to low-Earth orbit. This year, we’ll see hardware testing, flight demonstrations and the award of the Commercial Crew Transportation Capability contract. We’re excited for what the rest of this year holds and look forward to highlighting the tremendous progress our partners make to advance commercial human spaceflight,” Lueders said. Boeing’s CST-100 spacecraft has made progress in terms of mating the capsule-based spacecraft to the ULA booster as well as having key flight systems validated. Photo Credit: Robert Markowitz / NASA

The companies competing under the CCP include Blue Origin, Boeing, Sierra Nevada Corporation (SNC) and Space Exploration Technologies (SpaceX). Each of which are working closely with the space agency to develop their crewed vehicles and related launch systems.

Boeing’s Crew Space Transportation System (CST-100) spacecraft, is a capsule-based design which will be launched by either an Atlas, Delta, or Falcon 9 launch vehicle. In order to fit the CST-100 to the top of the Atlas V booster, Boeing needed to develop an adaptor.

Working under the Commercial Crew Integrated Capability (CCiCAP) agreement with NASA, Boeing has completed the preliminary design review of just such an adapter. While this device might seem like a simple piece of metal – it is far from that. This device is required to not only hold the spacecraft to the rocket – but to also ensure that it doesn’t impact with either post-separation. To ensure this does not happen, the adapter also must contain retro rockets, explosive bolts and an instrument package.

In addition to the adapter, Boeing also has run their offering through a series of simulations of the capsule’s emergency escape system which, like the Launch Escape Systems of NASA’s Mercury and Gemini capsules of the 1960s, would detach the spacecraft from the rocket in the event of an emergency. To accomplish this, Boeing has had to work hand-in-hand with the launch service provider, ULA.

“United Launch Alliance was an integral partner in both of these milestones, ensuring that the launch vehicle adapter and emergency detection system were fully functioning and safe for our future passengers,” said John Mulholland, Boeing’s vice president and program manager for the company’s Commercial Programs. “A tireless engineering development and analysis effort since the preliminary design review early last year has led to the success of two critical milestone completions.”

The CST-100’s emergency detection system is integrated into the Atlas’s avionics systems. If an emergency is detected, it will trigger the spacecraft’s thrusters to fire and lift it loose from the Atlas launch vehicle. As noted in an earlier article appearing on SFI, Boeing also conducted simulations that demonstrate that astronauts will be able to take control and fly the spacecraft during various phases of a mission. Astronaut Chris Ferguson, veteran of three space shuttle missions (including STS-135, the final mission of the shuttle program), is now the director of Boeing’s Crew and Mission Operations. He led the simulation testing and showed how the spacecraft’s flight computers immediately relinquish control to the pilot.

Sierra Nevada’s Dream Chaser space plane is also on course and meeting its milestones despite a landing gear failure which took place during a free flight test conducted in October of last year.

“SNC’s Dream Chaser program is continuing its steady progress toward flight certification,” said Mark Sirangelo, corporate vice president and head of SNC’s Space Systems. “By completing these important milestones, SNC is confident that our vehicle design is sound and that the spacecraft can successfully fly within established and expected flight boundaries. SNC is now advancing and upgrading the Dream Chaser test spacecraft in preparation for additional flight tests in 2014.”

SNC has also completed a design review and a database evaluation review based on last year’s flight. The review confirmed that the spacecraft flies, navigates, descends, and lands as advertised.

In addition to Boeing’s and SNC’s milestones, NASA has tested the parachutes of SpaceX’s Dragon spacecraft, and Blue Origin has tested the BE-3 engine of its Orbital Launch Vehicle. If the U.S. were suddenly unable to fly astronauts to and from the ISS in Soyuz space capsules, is there any commercial spacecraft ready enough to fill in? Or would our astronauts be stranded on earth?

Thanks for the informative article. Hopefully, Congress will get the memo. We need to accelerate not delay the commercial crew program.