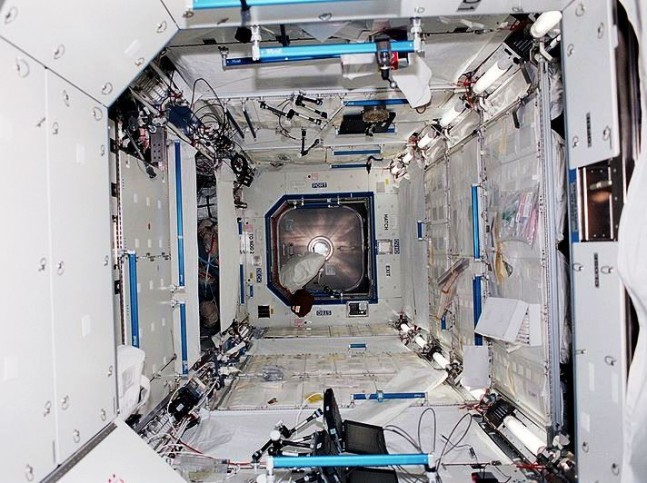 NASA is preparing a 3-D printer to fly to orbit on the Commercial Resupply Services 4 mission to the International Space Station. Photo Credit: NASA

NASA is planning on flying what the space agency has described as a “Star Trek” replicator to the International Space Station (ISS) aboard the Commercial Resupply Services 4 (SpX-4) set to launch this August from Cape Canaveral Air Force Station’s Space Launch Complex 40 in Florida. What is known as a 3-D printer will be sent to the orbiting laboratory in order to test the additive manufacturing process on orbit. This technology cold revolutionize how space travel is conducted.

The 3-D printer, manufactured by Made In Space  is currently undergoing a battery of tests at NASA’s Marshall Space Flight Center in Huntsville, Alabama. It is hoped that this emerging technology will enable deep space exploration missions with crews as it would mean they would not have to carry various repair parts on their spacecraft. Critical engine components and possibly, one day, larger structures may be produced through this technology. Made In Space 3-D printer at NASA’s Marshall Space Flight Center with “printed” parts as well as a glove box, similar to the one on the ISS. Photo Credit: NASA

“Additive manufacturing will revolutionize how we design and execute space missions from here on in. Instead of the historic requirement to bring all necessary redundancies with us to space, now we can create parts, tools and consumables on-demand as needed, making space missions more adaptable with broader capabilities while decreasing safety concerns. Launch payloads will save substantial mass, and thus cost, by not needing the transported redundancies. In addition, in the future, we will utilize resources found off-Earth to create what we need without transported raw materials, furthering our space exploration and development goals,” said Jan Clawson, Engineer for Made In Space.

Made In Space, the Mountain View, California-based firm saw their offering put through its paces by engineers who validated that the 3-D was ready to take the ride aloft out of the Earth’s atmosphere – and into the black. More importantly, these tests confirmed that the device complied with NASA’s safety and operational requirements for use aboard the ISS.

“The Marshall Center has extensive expertise in additive manufacturing technology and in preparing experiments for launch and operating them on the space station,” said Marshall Center Chief Engineer Chris Singer. “Our expertise along with our ability to test payloads in flight-like environments has provided an excellent opportunity for a government and industry partnership to verify that the Made in Space printer was ready to demonstrate this technology for the first time in space.”

The 3-D primter arrived in Marshall this past March. Since its arrival it has been taken to a variety of labs where various aspects of how the printer would handle ascent to orbit as well as how it will function in the microgravity environment. The unique environs on the ISS require that the materials an electronics within the printer are safe when operated around crew members. Moreover, the engineering teams verified that astronauts can operate the machine effectively on orbit. Several of these experienced individuals checked out the 3-D printer at NASA’s Johnson Space Center in Houston. Engineers at NASA’s Marshall Space Flight Center test out the 3-D printer before preparing it for trials on orbit. Photo Credit: NASA

“Throughout our partnership with Made In Space, we have helped prepare the printer to work in an environment that is literally out of this world,” said Niki Werkheiser, 3-D print project manager at Marshall. “NASA engineers have a vast amount of experience designing and certifying hardware to operate in space. We were happy to share that knowledge with Made In Space. As a result, the hardware passed testing with flying colors.”

To produce a set of controls NASA tested the 3-D printer at Marshall. Once on orbit similar items will be tested by the station’s crew. This type of 3-D printer issues out heated streams of plastic, more specifically acrylonitrile butadiene styrene plastic – the same as what Lego (R) bricks are made from. In this near-liquid state this substance is, layer upon layer, to form virtually whatever three-dimensional object that astronauts might need. With NASA planning to send astronauts to destination that no human being has ever gone to before – the attempts to tie the device to ‘Star Trek’ technology could prove apt. Millions of miles away from their home world, crews could see a critical component break. With additive manufacturing technology on board, a new component could simply be selected out of a menu and “printed” up.

“Made In Space has laid out a large, audacious vision for changing space exploration by bringing manufacturing to space,” said Jason Dunn, chief technology officer for Made In Space. “We’ve systematically pursued that vision by testing 3D printing in microgravity on parabolic or ‘vomit comet’ flights, designing a printer that will operate in low gravity conditions, and now flying our 3D printer to the ISS. Now that testing is complete, we are looking forward to seeing the first parts printed in space.”

The ISS’ Microgravity Science Glovebox, will house the 3-D printer and will produce some 20 “demonstration” parts – including test coupons, part and tools. Identical components will be produced at MSFC and the two will be compared. Later on through the research process components that have been produced on orbit are compared with those on the ground with a close eye paid to similarities and differences between the two. Throughout the process NASA will continue to develop and redefine procedures.

This technology is being readied to be tested on orbit under the “3-D Printing in Zero-G Technology Demonstration” project. This is a joint venture between Made In Space and MSFC. This was made possible through a Small Business Innovation Research (SBIR) award. Made In Space’s product was tapped by NASA’s Flight Opportunities Program. This branch of the space agency has been established to develop new technologies for space exploration purposes.

“This has been an ideal collaboration that truly illustrates how leveraging the mutual strengths of the government and small business can lead to remarkable capabilities that would not otherwise be possible,” Werkheiser said.

It sounds great, but can this replicator keep the tribbles out of the quadrotriticale? 🙂

The 3-D printer may be a forerunner of a new manufacturing technology even in space, but isn’t this article rather non-critical? How many critical spacecraft parts can be made of styrene? It will take time and research to develop a variety of useful raw materials for this promising device. But, a Star Trek replicator?