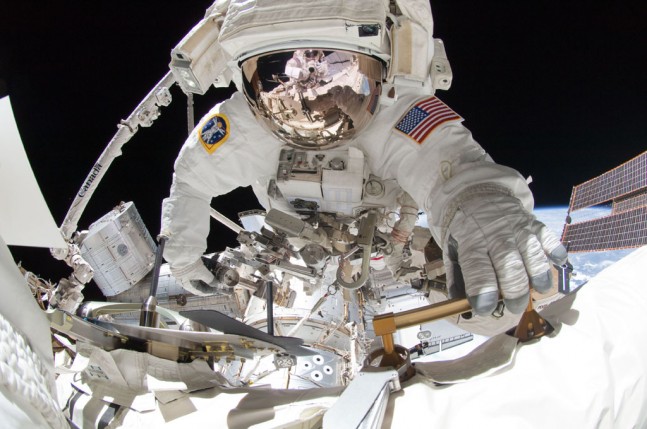 NASA’s Space Technology Mission Directorate is looking for new ways to clear the air on long-duration spaceflight missions in the future. The Game Change Development Program (GCD) recently announced an open competition to greatly refine the process of next-gen oxygen scrubbers, with efficiency and effectiveness as a top priority.

“Lengthy spaceflight missions in Earth’s orbit and beyond must have life support systems that are more self-sufficient and reliable,” said Michael Gazarik, associate administrator for Space Technology at NASA Headquarters in Washington. “The spacecraft life support system technologies for this proposal must significantly improve the rate of oxygen recovery while achieving high degrees reliability. NASA and its partners will need to develop new technologies to ‘close’ the atmosphere revitalization loop.” This NASA solicitation will be judged and organized around two primary phases for all those interested in submitting their ideas. All oxygen recovery concepts must have detailed design, development, fabrication, and testing to be considered for the preliminary phase. If this criteria is met, proposers will begin a two-year development period for phase two, where they will develop their own hardware prototype that must be capable of at least 75 percent oxygen recovery from an enclosed spacecraft environment, states a NASA release on the subject.

In addition to this recovery rate; hardware designs must also decrease the size and weight compared to currently implemented technology, and the entire system must also use less power while completing this vital process.

NASA’s GCD has stated that proposals for this design and development venture will be accepted from: “NASA centers, other government agencies, federally funded research and development centers, educational institutions, industry and nonprofit organizations.”

Approximately six submissions will be considered eligible for a prize reward of $750,000 through the first phase of this technology competition.

The International Space Station (ISS) uses a number of methods to stabilize its atmosphere through the Environmental Control and Life Support System (ECLSS). This includes Carbon Dioxide (CO2) scrubbers, emergency bottled-oxygen tanks, and several devices like the Oxygen Generating System (OGS) which chemically separates water reserves to create oxygen and hydrogen through electrolysis, similar to devices used on modern submarines.

This represent one of the many challenges that long-duration spaceflight mission pose on future astronauts. Program managers at NASA’s Langley Research Center that oversee submissions through GCD hope to find revolutionary solutions and drive technological innovations with outreach challenges like this and others planned for the future.

As the name suggests, proposals are encouraged to be “game changing” in their design and implementation of new ideas and components, while also maintaining a concept considered practicable and affordable. NASA astronaut Karen Nyberg, Expedition 37 flight engineer, enjoys the view of Earth from the windows in the Cupola of the International Space Station. Photo Credit: NASA

“Research and technology development takes place within NASA Centers, in academia and industry, and leverages partnerships with other government agencies and international partners. STMD engages and inspires thousands of technologists and innovators creating a community of our best and brightest working on the nation’s toughest challenges.”