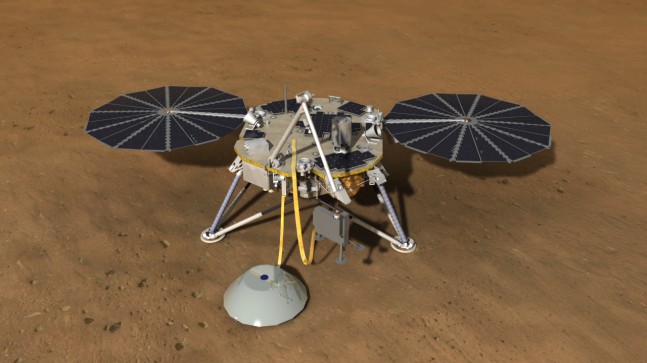 InSight will launch in March 2016 aboard an Atlas V 401 rocket from Space Launch Complex 3E at Vandenberg Air Force Base in California.

The total cost for NASA to launch InSight is approximately $160 million, including spacecraft processing, payload integration, tracking, data and telemetry and other launch support requirements.

InSight is scheduled to land on Mars in September 2016 to begin a two-year science mission. InSight is a lander that will address one of the most fundamental issues of planetary and solar system science — understanding the processes that shaped the rocky planets of the inner solar system more than 4 billion years ago. The mission will investigate the interior structure and processes of Mars to understand better the evolution of rocky planets such as Earth. InSight will perform this science using two instrument packages.

For more information about NASA programs and missions, visit: http://www.nasa.gov