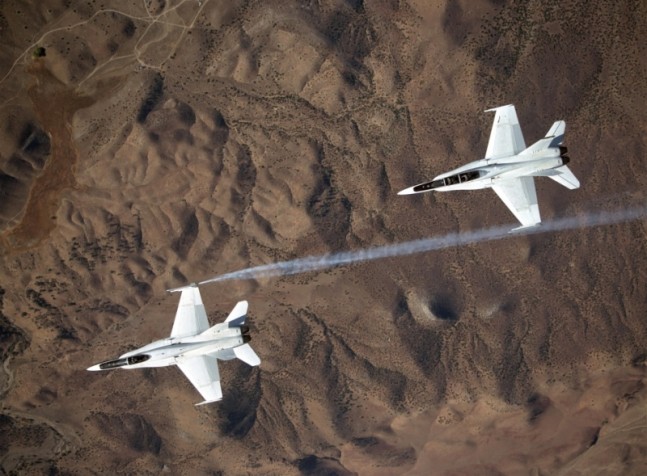 In a little over a month, a turning point will occur at one of NASA’s most iconic facilities. On Tuesday May 13, 2014 a special ceremony will be held to change the name of Dryden Flight Research Center – to Armstrong Flight Research Center (AFRC) in honor of Neil Alden Armstrong, the first man to set foot on another world. The ceremony will be held at AFRC’s campus located at Edwards Air Force Base in California.

The U.S. House of Representatives and Senate passed a resolution to rename the center in honor of the world’s first Moonwalker which was then signed into law by President Obama on January 16 of this year. AFRC had been named after Hugh L. Dryden in 1976 and it is where NASA works on the first “A” in its name – aeronautics. Dryden’s legacy has not been forgotten, however. His name will continue to grace the center’s 12,000-square-mile Western Aeronautical Test Range as the Dryden Aeronautical Test Range.

The resolution also directed that the center’s aeronautical test range be named for Dryden who served as the director of the National Advisory Committee for Aeronautics (NACA) from 1949 through 1958 and immediately thereafter went on to serve as NASA’s first deputy administrator until his death in 1965.

Armstrong was very familiar with the center, having flown as a test pilot on several advanced aircraft and served at the center before his history-making trip off-world. AFRC was renamed in his honor on March 1. The Gemini 8 and Apollo 11 commander passed away on August 25, 2012 – he was 82.

“I cannot think of a more appropriate way to honor these two leaders who broadened our understanding of aeronautics and space exploration,” said NASA’s Administrator Charles Bolden earlier this year. “Both Dryden and Armstrong are pioneers whose contributions to NASA and our nation still resonate today. Armstrong was the first person to walk on the moon. Dryden’s expertise at the National Advisory Committee for Aeronautics and then at NASA established America’s leadership in aerospace, and his vision paved the way for Armstrong to take those first steps.”

McCarthy represents California’s 22nd district – of which the center is a part. The center conducts various forms of aerospace research and has a history dating back nearly 70 years.