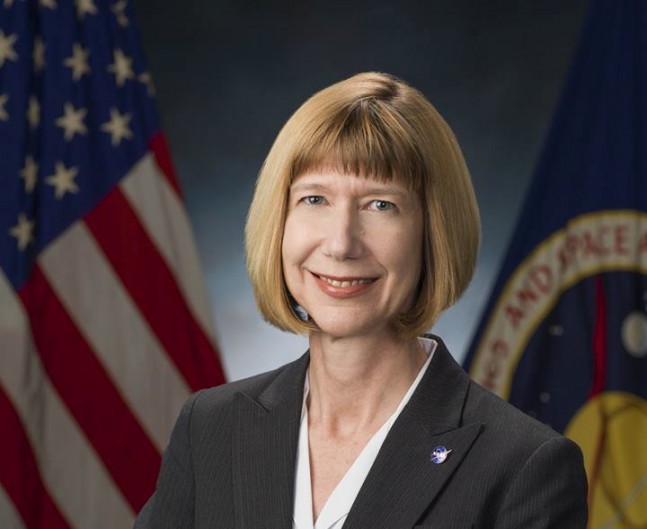 NASA announced on April 21 that Kathy Lueders had been appointed as the Commercial Crew Program's manager. Photo Credit: NASA

KENNEDY SPACE CENTER, Fla — NASA has announced that it has selected Kathy Lueders as program manager for the agency’s Commercial Crew Program (CCP). Lueders, who has been serving as the acting program manager ever since former CCP lead Ed Mango pled guilty to a felony and stepped down from the role. According to Space News, Mango attempted to avoid having fellow NASA employee Candrea Thomas suspended without pay after she was arrested in December 2012 after allegedly submitting forged driving permits to the space agency. Thomas had allegedly lost her driver’s license in December 2011 on a drunk driving charge and resigned from NASA about a month ago.

Lueders stepped in as acting program manager after Mango stepped down as CCP Manager in 2013. According to sources within the space agency, Mango is still with NASA, working at Kennedy Space Center’s Headquarters on various projects. Lueders will work to see that NASA’s current path for crewed space exploration proceeds as planned.

NASA hopes that the Commercial Crew Program will allow the space agency to fulfill the first step of its two-step plan to return the nation to the business of crewed space exploration. Space Exploration Technologies (SpaceX), Boeing and Sierra Nevada Corporation have offered up their Dragon, CST-100 and Dream Chaser (respectively) spacecraft to accomplish this task. If everything goes according to plan and funding remains constant, the first of commercial flight with crew should take flight in 2017.

NASA meanwhile is working on sending crews out beyond the orbit of Earth via the agency’s Orion Multi-Purpose Crew Vehicle. The first test flight of this spacecraft is poised to take place in December of this year.

Lueders got her start at NASA back in 1992 at the White Sands Test Facility in New Mexico. There she managed the space shuttle program’s Shuttle Orbital Maneuvering System and Reaction Control Systems Depot.  From there she handled an array of positions within the space agency’s International Space Station program. Some of these include, but are not limited to, deputy manager for station logistics and maintenance, the vehicle systems integration manager, and the Commercial Orbital Transportation Services integration manager.

Lueders has an extensive background in programs relating to the space station, having served as the International Space Station’s integration manager. During her time there she managed the commercial cargo resupply services for the ISS. Lueders also has experience in dealing with a diverse array of organizations. She was responsible for oversight of the international spacecraft that journey to the ISS. These include the Japanese Aerospace Exploration Agency’s  H-II Transfer Vehicle, the European Space Agency’s Automated Transfer Vehicle (ATV) as well as the Russian Federal Space Agency’s manned Soyuz and unmanned Progress spacecraft.

“It’s exciting to think that I’ll be continuing to utilize my background and leadership experience with the International Space Station to help the Commercial Crew Program team and our industry partners execute the next phase,” said Lueders.