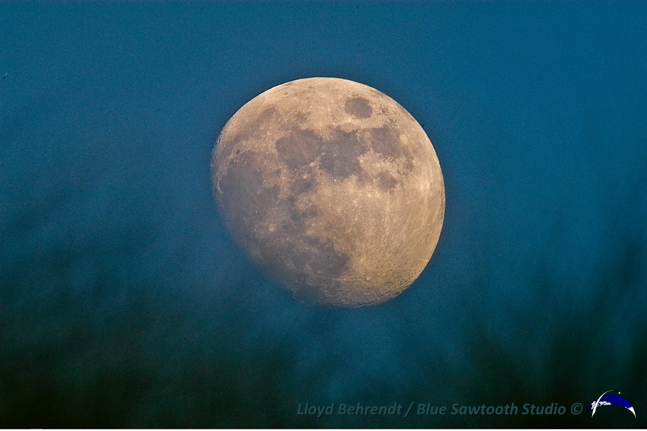 NASA has announced a new initiative to provide support to private companies in developing craft which could land on the lunar surface. Photo Credit: Lloyd Behrendt / Blue Sawtooth Studio

NASA is looking for proposals from possible commercial partners which, according to a NASA-issued press release, it hopes will lead to, “reliable and cost-effective commercial robotic lunar lander capabilities that will enable the delivery of payloads to the lunar surface.”

On Monday, Jan. 27, NASA will host a teleconference where those interested in submitting proposals will have the opportunity to query NASA about what this new announcements entails. After that, interested firms will have until Mar. 17 to submit their proposals. If everything proceeds apace, selections will be made in April and Space Act Agreements (SAAs) announced the month after that.

NASA views the benefits as two-fold. First there is the commercial benefit of lunar exploration and exploitation. The Moon is awash in resources such as titanium, water and various other minerals and metals as well as what some view as an important fuel source the rare (on Earth) isotope helium 3 (China has made statements which suggest its interest in the Moon is less about prestige and more about the resources contained there). Secondly is the scientific missions of exploration that the space agency would like to accomplish on the Moon. NASA has made progress in terms of ceding control of delivering cargo to the International Space Station to commercial companies such as Orbital Sciences Corporation. Its Cygnus spacecraft, seen here, has already conducted two missions to the orbiting laboratory. Photo Credit: NASA

To make this happen, NASA has unveiled the Lunar Cargo Transportation and Landing by Soft Touchdown (Lunar CATALYST) initiative. NASA is seeking proposals from commercial companies which it hopes will lead to: “…one or more no-funds exchanged Space Act Agreements.”

NASA’s efforts under Lunar CATALYST are in line with the Global Exploration Roadmap (GER), an international roadmap for shared space exploration efforts which was released this past August. This agreement was signed by some 12 space agencies from around the world. Within the GER, the positive aspects of so-called public-private partnerships were highlighted as were the possible positive benefits commercial companies could provide in terms of the exploration of various destinations, such as the Moon, Mars and asteroids.

For its part, NASA will provide the extensive technical experience that its employees have in such matters, use of the space agency’s test facilities, its equipment and other assets.

NASA has been testing systems which could prove to be invaluable in terms of Lunar CATALYST. The agency’s Morpheus, Mighty Eagle and Autonomous Landing and Hazard Avoidance Technology (ALHAT) – all could provide invaluable information and assets to private companies attempting to land spacecraft on the surface of the Moon. NASA is currently testing our a variety of systems which could prove beneficial to companies seeking to land spacecraft on the lunar surface. Photo Credit: Mike Howard / SpaceFlight Insider

“As NASA pursues an ambitious plan for humans to explore an asteroid and Mars, U.S. industry will create opportunities for NASA to advance new technologies on the moon,” said NASA’s Deputy Associate Administrator for the Human Exploration and Operations Mission Directorate, Greg Williams. “Our strategic investments in the innovations of our commercial partners have brought about successful commercial resupply of the International Space Station, to be followed in the coming years by commercial crew. Lunar CATALYST will help us advance our goals to reach farther destinations.”

The Moon is viewed by many inside and outside of scientific circles as the next logical step for humanity to establish a permanent presence on. A three-day journey from Earth, it has, as mentioned, a wealth of resources including water which can be used for life support, rocket fuel and drinking water. The Moon would serve as the “first stop” in a highway out into the solar system under this model.

NASA’s Clementine, Lunar Prospector and Lunar Reconnaissance Orbiter (LRO) have all detected a variety of “in-situ” resources which could be used by those astronauts who return to the Moon’s surface after a hiatus of more than 40 years. NASA has entered into an increasing number of public-private arrangements with a number of commercial firms. Efforts to not only have private firms send crew and cargo to the ISS have recently been signed, as have those to test habitats on the station and now to send spacecraft to the Moon. Photo Credit: NASA

“In recent years, lunar orbiting missions, such as NASA’s , have revealed evidence of water and other volatiles, but to understand the extent and accessibility of these resources, we need to reach the surface and explore up close,” said NASA’s Director of Advanced Exploration Systems Jason Crusan. “Commercial lunar landing capabilities could help prospect for and utilize these resources.”

NASA’s role has been dubbed as one of “pathfinder” by many within the aerospace community. As the space agency reaches one destination, developing the methods to reach it and sustain a presence there – it could then cede control of that point to private firms. This model has been already proven out in terms of commercial companies providing delivery of cargo to low-Earth-orbit and it could also see the primary role of delivering crew to this destination to these organizations as well.

In terms of lunar scientific research, NASA has stated that the following endeavors could benefit from such a program: science and exploration objectives, sample return missions, geophysical network deployment, resource prospecting, and technology demonstrations. Despite the stated disinterest from President Barack Obama – NASA has continued to develop assets which would be invaluable to lunar exploration efforts. Image Credit: NASA / Morpheus Project

Under Lunar CATALYST these firms are required to land payloads ranging from 66 – 220 lbs (30 to 100 kilograms) and 551 to 1,102 lbs (250 to 500 kilograms) to a variety of lunar destinations. Missions conducted by NASA and other space agencies have shown that the lunar surface has extensive resources which could support crewed missions.

NASA has been directed to cede control of operations in low-Earth-orbit, those that send crew and cargo to the one current destination in LEO – the International Space Station (ISS). Progress has already been made in terms of sending cargo to the ISS, with three flights conducted under the space agency’s Commercial Resupply Services contract. NASA hopes that these companies will be able to send crews to the ISS within the next three years.

Meanwhile, NASA is developing the Space Launch System or “SLS” heavy-lift booster to carry the agency’s Orion Multi-Purpose Crew Vehicle to destinations beyond Earth’s orbit. The Obama White House has directed NASA to use SLS to send Orion to an asteroid in the early-to-mid 2020s and to Mars within the 2030s. NASA has been directed by the Obama Administration to conduct crewed missions to an asteroid and Mars in the next two decades using the agency’s SLS booster and Orion spacecraft. As NASA moves outward into the solar system, it is likely the destinations it has already traveled to – will be handled under more public-private arrangements. Photo Credit: NASA

Excellent article Jason, thank you. Since the recently passed 2014 budget doesn’t seem to address a return to the Moon, is this something that will be discussed during a NASA Appropriations Act or some other hearing? Although I am very enthusiastic about a return to the Moon, on to Mars, and beyond, I do not possess the knowledge of Scott Pace, Jim Hillhouse, or yourself as to the “voodoo rituals” that are the political workings in Washington. Apparently work on the American SLS/Orion will continue on schedule and within budget. Will the exciting work on Morpheus be continued? Will NASA develop Morpheus then give it to a private corporation? Whatever happened to the work done on the Altair lunar lander? Will NASA astronauts return to the Moon if Wall Street is not convinced of the profit potential of lunar exploration at this time? Since CommSpace did not get the over 800 million the White House wanted to give it in the 2014 budget, will they now demand that funds from SLS/Orion that was fully-funded be diverted to them for this project? Maybe the tire tracks created by Yutu in the lunar regolith stirred up some concern about our place in space after all. I know that I’m asking you to gaze into a crystal ball and predict the future about this initiative, but I’ve always found your insight, analysis, knowledge and experience to be quite helpful and very accurate. Please continue the great work Jason. With sincere respect, Karol

It will be my pleasure to do so Jason! 🙂

Good article. I think there is more potential for reintroducing lunar development, as opposed to lunar exploration, into NASA’s plans.

One historical quibble: Clementine was an SDIO mission, not NASA.

On Monday, the only university team in Google’s Lunar XPRIZE takes its race to the Moon online as it competes against 17 private companies to be the first to land and send images back to Earth by December 2015. Would you be interested in talking with team lead and former NASA Fellow, Michael Paul, to discuss the details?

The team–Penn State’s Lunar Lion–is proof that STEM programs are alive and thriving in the U.S. Comprised of 80 students and spanning 7 of the university’s colleges, the Lunar Lion team will launch its crowdfunding campaign on RocketHub on Monday with the goal of raising $1M before the campaign’s deadline on February 23.

Paul and his student-led team have already achieved several “firsts” in the race: they are the only team to have secured a launch spot and the only team that is taking a cue from SpaceX with a vehicle that will “hop” its way to a win. Penn St is looking to be the first university hub for space exploration and has created a new business model–uSpace–that Paul can also discuss.

Can I connect you with Michael ? We also have visuals and links to the campaign video that we can share under embargo.

Really hope we can connect,
Caroline

Lunar CATALYST is a good step. However, it is interesting to note they are limiting it to small cargo landers. Why? Perhaps because of the realization that a large lander could also be used for manned missions. The primary impetus for this program was Bigelow’s drive for private manned bases on the Moon, so it is odd that man-capable landers are excluded.
NASA’s commercial space program for LEO flight has shown an order of magnitude reduction in development costs by following the commercial space approach. The obvious thing to try is to extend this to BEO missions as well.
In fact it might even be *two orders* of magnitude cheaper for such a commercial space lunar lander. NASA has stated we can’t return to the Moon because, by their estimates, a lunar lander would cost $10 billion. However, Dave Masten of Masten Space Systems is working on a Centaur-derived lander he calls Xeus that he estimates can be developed for only $50 million. At the very least NASA should be supporting such efforts by SAA agreements, if not partially-funding them by using the cost-sharing partnerships proven so successful with their commercial space program.

Curious, who, what, where and how…are USA participants doing in this endeavour?

John,
There aren’t any at this time, as the article states – NASA has just started seeking proposals.
Sincerely, Jason Rhian – Editor, The SpaceFlight Group