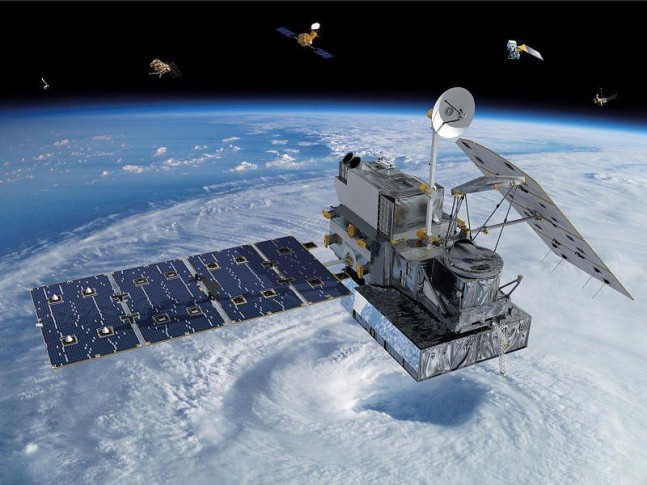 There are approximately five hundred operational satellites, and tens of thousands of pieces of orbital debris, in LEO. Image Credit: NASA

The Department of Defense announced this week it was awarding nearly one billion dollars to build Space Fence, a space surveillance network designed to track and monitor orbital debris. Lockheed Martin Corp. beat out Raytheon for the $915 million contract.Orbital debris is a growing hazard to manned and unmanned spaceflight, space-based critical infrastructure, and even people on Earth. The roughly five hundred operational satellites in low-Earth orbit (LEO) compete for space with tens of thousands of debris. This debris, orbiting at speeds exceeding 15,000 miles per hour, has the potential to disable satellites, threaten the lives of astronauts onboard the International Space Station (ISS) and even down on Earth. Despite the risks imposed by space debris, sequestration legislated cuts in 2013 resulted in the termination of the Air Force’s legacy space fence program and a lapse in contracts for a new model. Space Fence will replace nine VHF-band radars with ground-based radar on the Kwajelein Atoll. Using an enhanced S-band, these radars will be able to identify LEO debris down to the size of a baseball or smaller. The legacy system can track debris around the size of a basketball. Under the old capabilities, the Pentagon tracked approximately 20,000 pieces of orbital debris. Space Fence has the potential to track ten times that amount.

Space Fence is an effort to enhance Space Situational Awareness. Space debris has built up over the decades, to include rocket boosters, dead satellites, and parts from jettisoned or exploded craft. Even paint chips, moving at such high velocities, can be fatal if they struck an astronaut. Thus knowing where debris is in relation to people and infrastructure is critical, even life-saving. In June 2011, the six astronauts then on orbit in the ISS were told to take shelter in escape craft because of debris passing dangerously close to the station.

Two events in particular have dramatically increased the presence of space debris in LEO. In 2007, the Chinese government tested an anti-satellite missile (ASM), destroying a defunct Fengyun weather satellite and producing a shower of orbital trash. In 2009, an American satellite (Iridium 33) and Russian satellite (Kosmos-2251) collided at high velocity, also resulting in a cascade of debris. Since these two incidents, space debris tracking and mitigation has been a topic of rising concern. “Space-based technologies enable daily conveniences such as weather forecasting, banking, global communications and GPS navigation, yet everyday these critical services are being threatened by hundreds of thousands of objects orbiting Earth,” said Dale Bennett, an executive vice president at Lockheed Martin. “Space Fence will locate and track these objects with more precision than ever before to help the Air Force transform space situational awareness from being reactive to predictive.”

In January 2011, before Space Fence was shelved, Raytheon and Lockheed Martin each received $107 million in funding from the Air Force to develop workable technology to replace the aging tracking infrastructure. The renewal of the program bodes well for the safety of manned spaceflight and the satellites on which we depend for global commerce and communication.