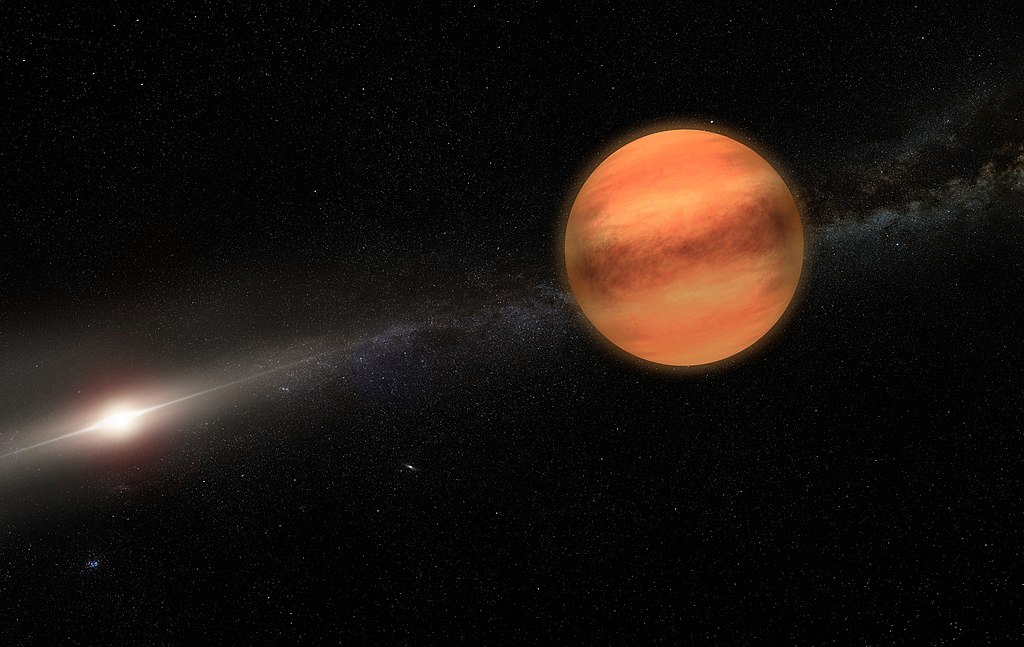 An international team of scientists has detected isotopes of carbon in the atmosphere of an exoplanet for the first time ever, a discovery noted in the journal Nature.

The finding strongly indicates the planet TYC 8998-760-1 b, which has 14 times the mass of Jupiter and is twice as large as the giant planet, formed quite far from its parent star.

Isotopes are forms of an element with a different, varying number of neutrons in the nucleus than the standard form. The carbon isotope found in the atmosphere of the large exoplanet, which orbits 160 astronomical units (AU, with one AU equal to the average Earth-Sun distance, or 93 million miles) from its parent star, is carbon-13.

This particular carbon isotope has six protons and seven neutrons in its nucleus. Led by Yapeng Jhang of Leiden Observatory in the Netherlands, the researchers isolated atmospheric carbon-13 from another isotope, carbon-12, based on the colors at which it absorbs radiation.

TYC 8998-760-1 b, discovered in 2019, orbits a very young, Sun-like star in the constellation Musca. The gaseous world could possibly be a brown dwarf or two planets closely orbiting one another.

The two worlds are among just a few exoplanets scientists have been able to image directly.

While the scientists estimated one in 70 carbon atoms in the planet’s atmosphere to be carbon-13, they found the actual number to be about twice that amount.

“It is really quite special that we can measure this in an exoplanet atmosphere, at such a large distance,” Zhang emphasized.

“The planet is more than 150 times farther away from its parent star than our Earth is from our Sun. At such a great distance, ices have possibly formed with more carbon-13, causing the higher fraction of this isotope in the planet’s atmosphere today,” noted Paul Molliere of the Max Planck Institute for Astronomy in Heidelberg, Germany.

At such a distance from its star, this planet formed well beyond what is known as the carbon monoxide “snow line,” the area beyond which carbon monoxide freezes from gas into ice. This boundary varies for different elements.

Its high levels of atmospheric carbon -13 mean the planet likely formed far from the star.

In contrast, the planets in our solar system, which formed ahead of the carbon monoxide snow line, do not have high carbon-13 levels.

Although it is not possible for scientists to detect isotopes in the atmospheres of most exoplanets today, this will likely change in the near future as better telescopes become operational.  This data will enable scientists to determine when, where, and how individual planets formed, explained Ignas Snellen, also of Leiden University.

Alexander Bohn, a PhD student at Leiden University, who discovered TYC-8998-760-1 b two years ago and co-authored the Nature article, added, “It’s awesome that this discovery has been made close to ‘my’ planet. It will probably be the first of many.” 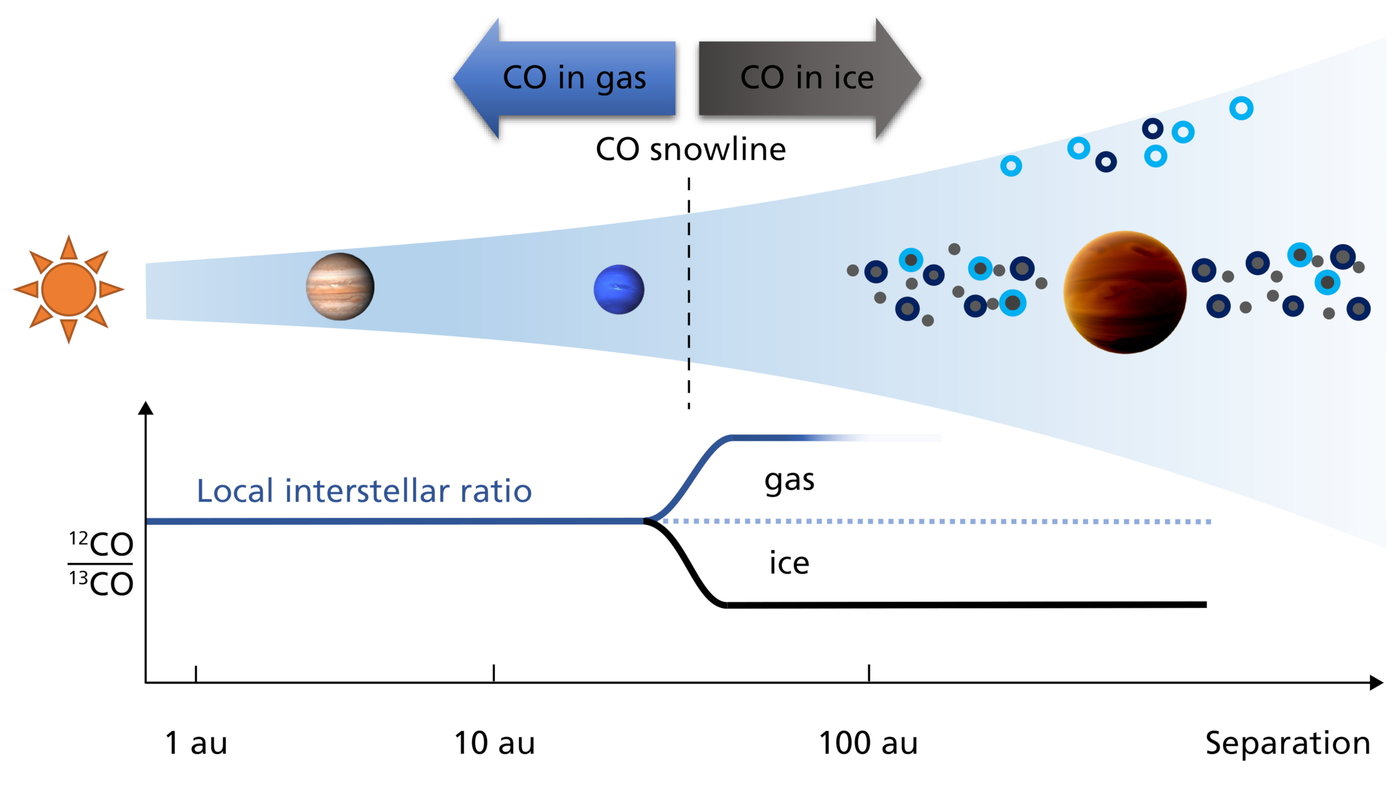