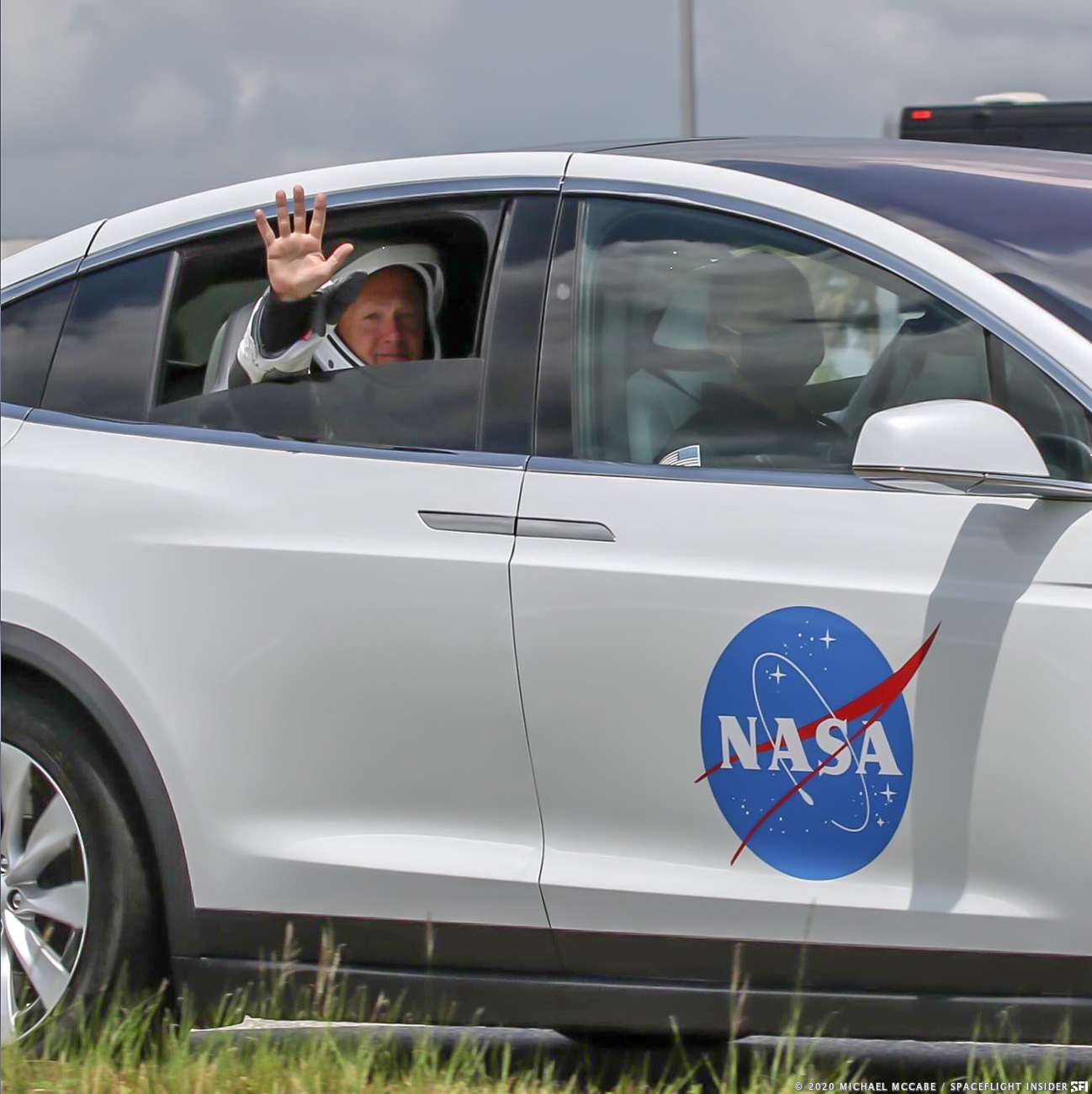 For a day which began with a forecast offering 50% odds of violating launch weather rules, it seemed to proceed fairly well. Despite plenty of rain and foul weather over the past number of days, the Space Coast skies cleared up when they needed to and Falcon 9 took to the skies, right on time. Here are a series of photos from the journey to that, and following the moment. 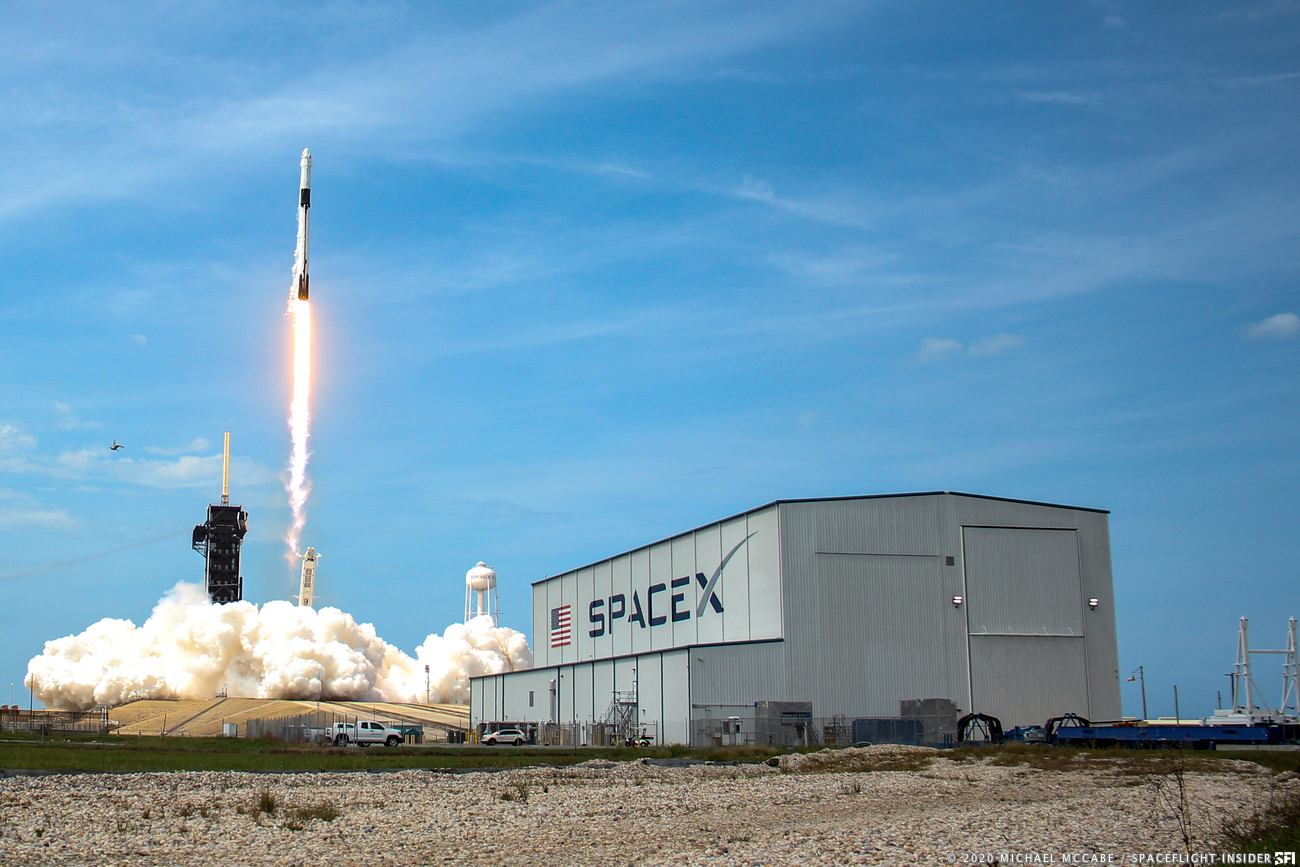 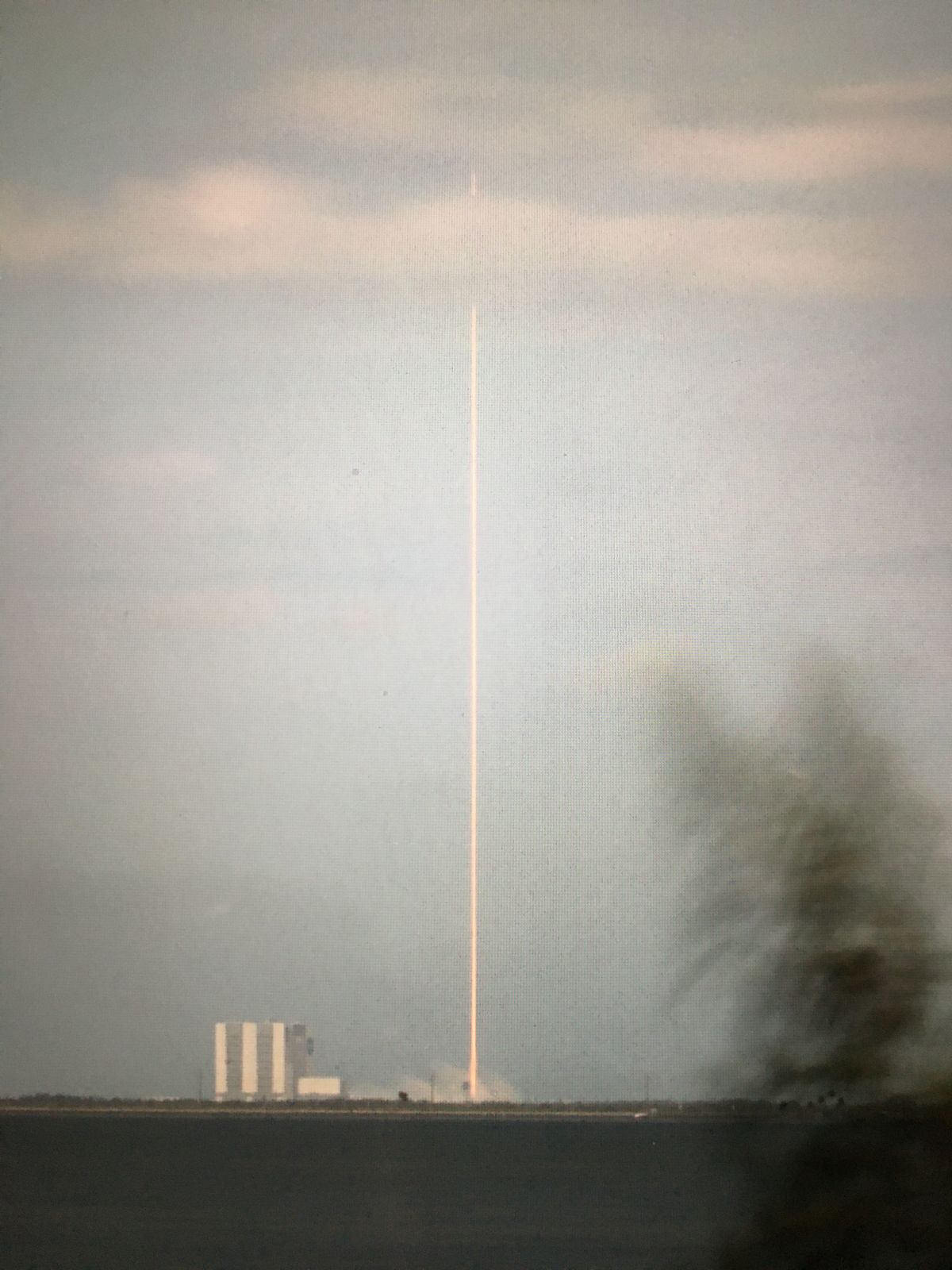 The path of 9 Merlin engines leaves a daytime streak of energy as the Falcon 9 shot skyward, taken as a single long exposure frame during the launch of the SpaceX / NASA Demo-2 mission, May 30, 2020. Photo: Mark Usciak 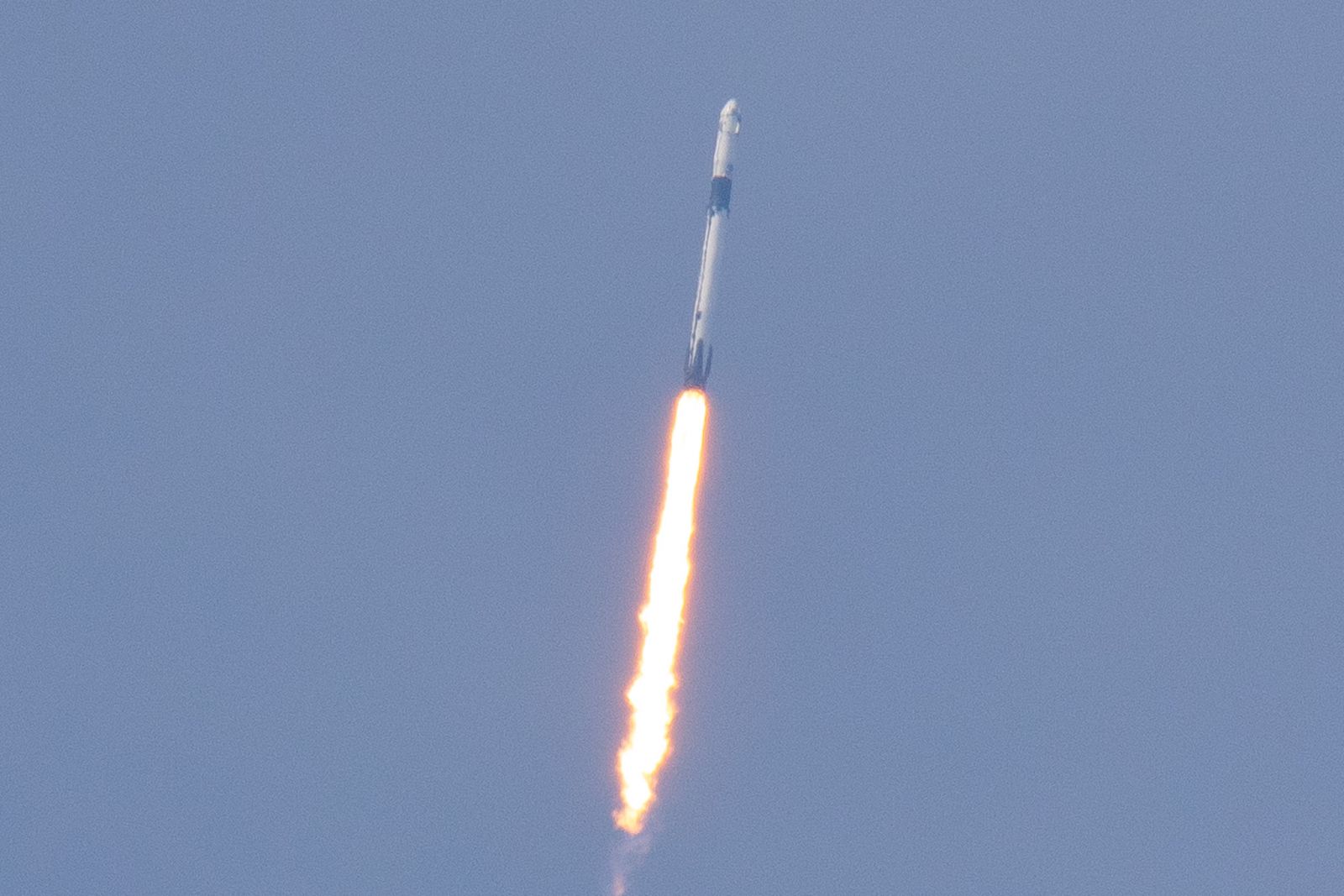 An afternoon weather system, one which would ultimately raise a tornado warning for Kennedy Space Center, blew in to the area at approximately 2:00 pm local, after the Demo-2 astronauts Bob Behnken and Doug Hurley were already aboard Crew Dragon. May 27, 2020. 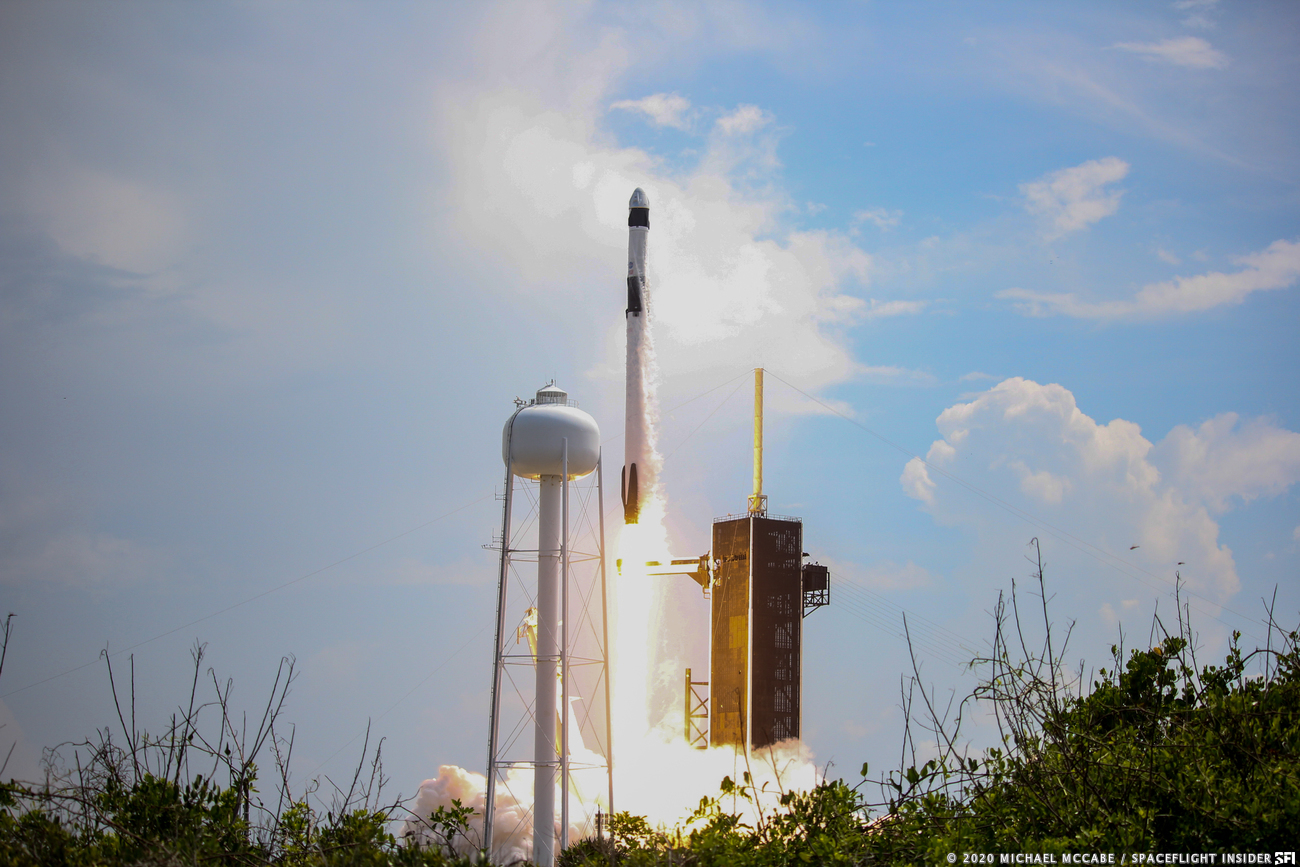 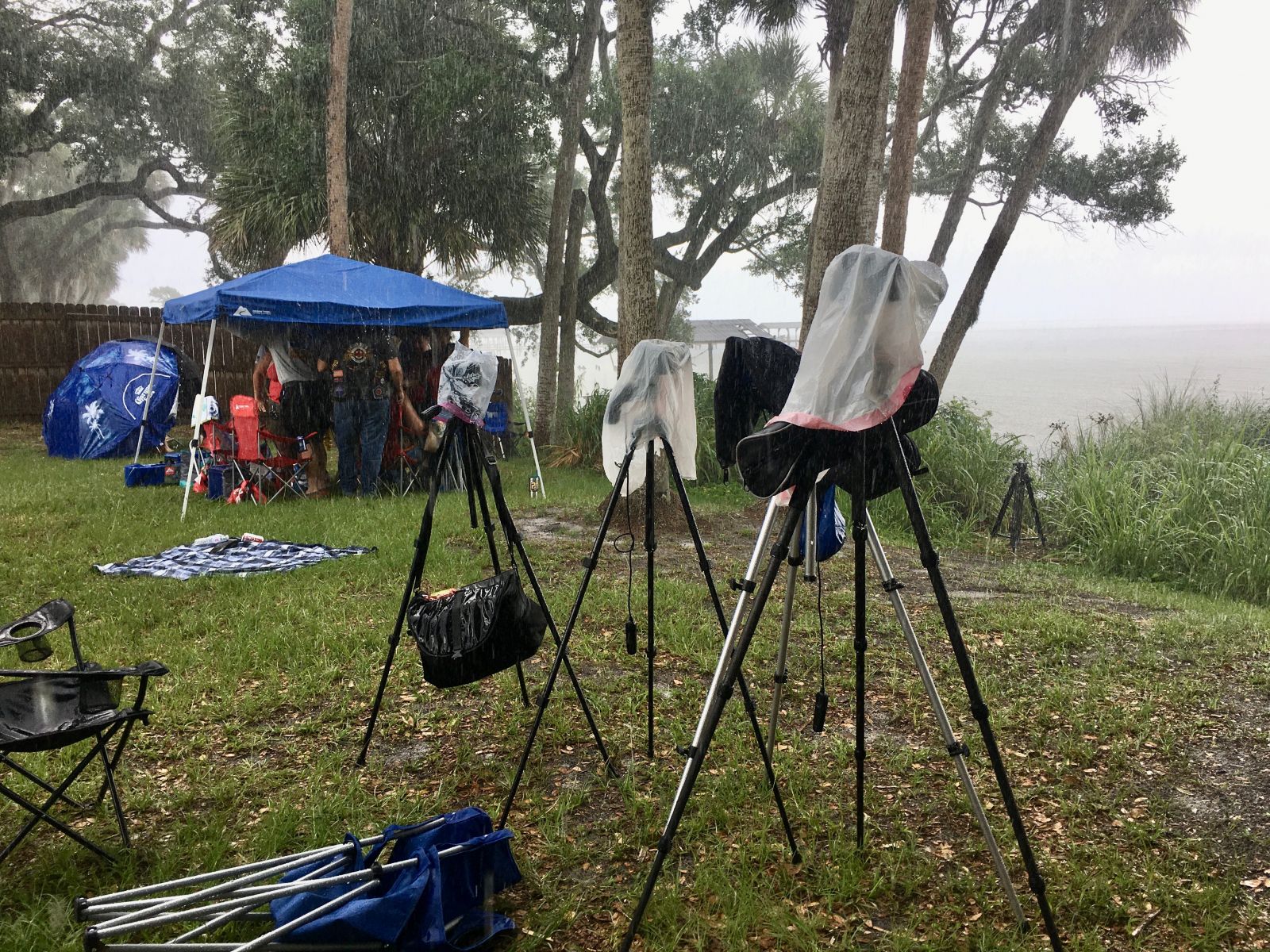 With camera gear protected by bags and covers, viewers in Titusville take shelter as yet another rain shower passes, May 30, 2020. Photo: Mark Usciak 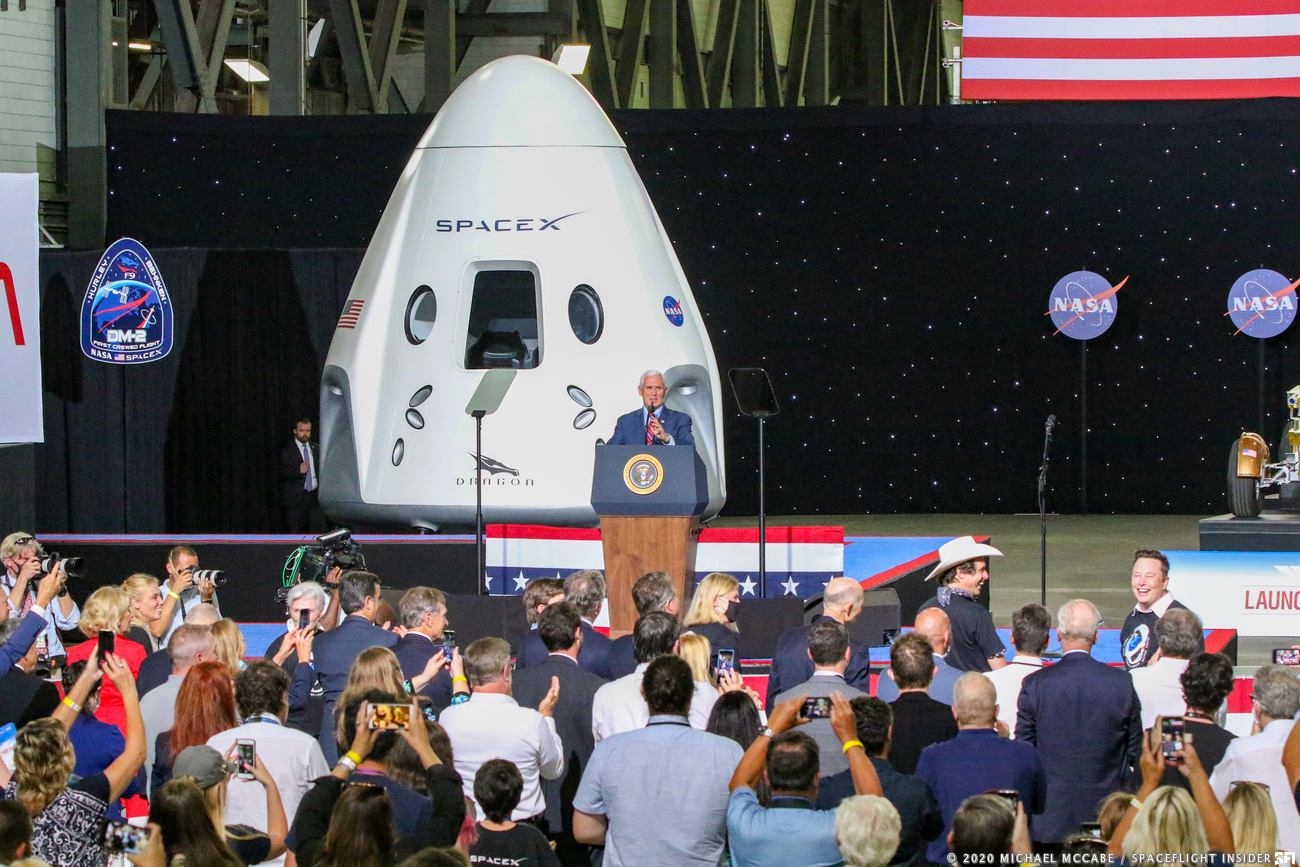 Following the successful launch of Crew Dragon and Demo-2, President Trump and Vice-President Pence (currently on stage) stopped by the historic Vehicle Assembly Building to speak with program leaders and the media. SpaceX’s Elon Musk, facing the crowd from the upper right corner of the audience, accepted praise for the effort and progress to date in returning American astronauts to low-earth orbit, launched on American rockets, from American soil. Photo: Michael McCabe / SpaceFlight Insider 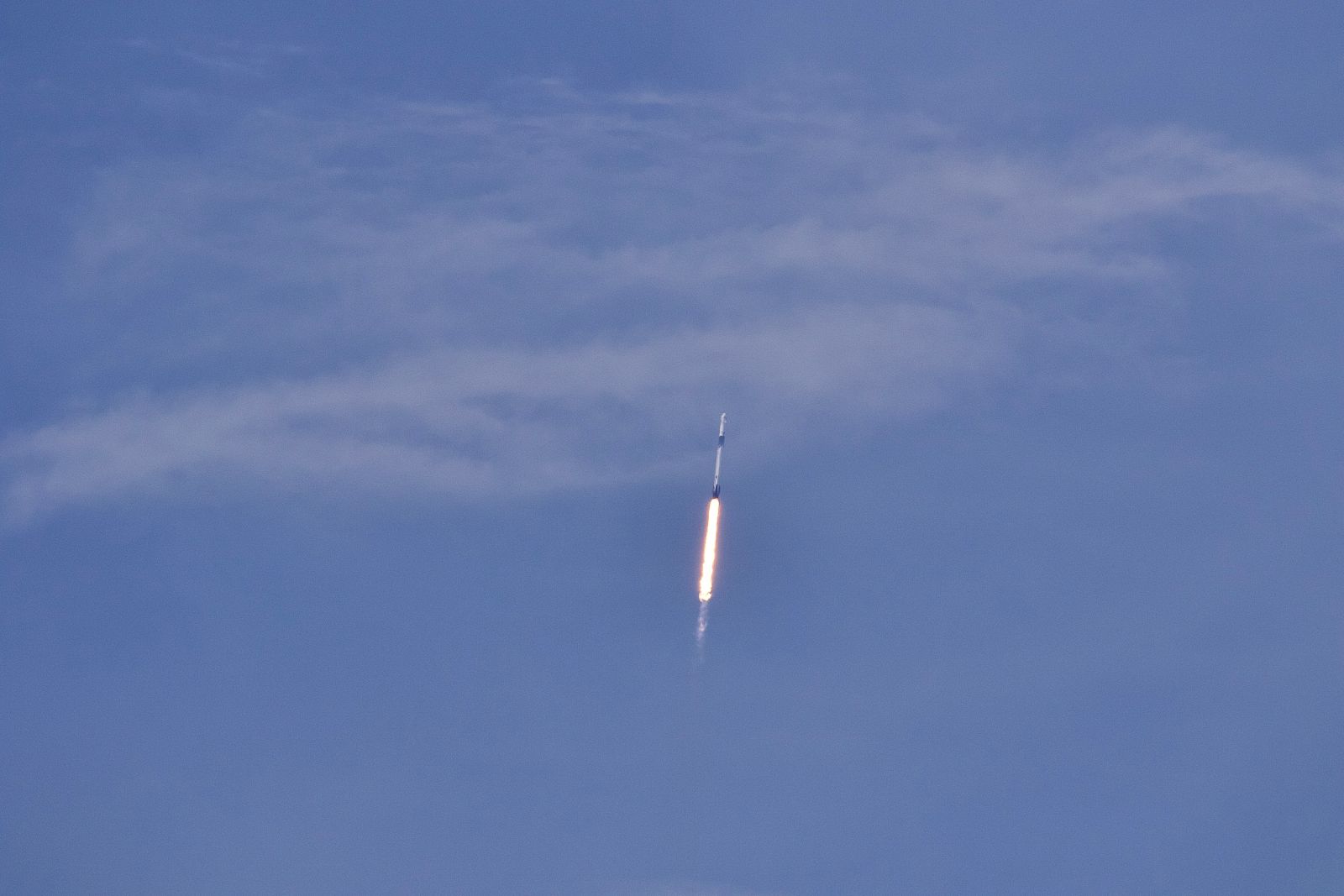 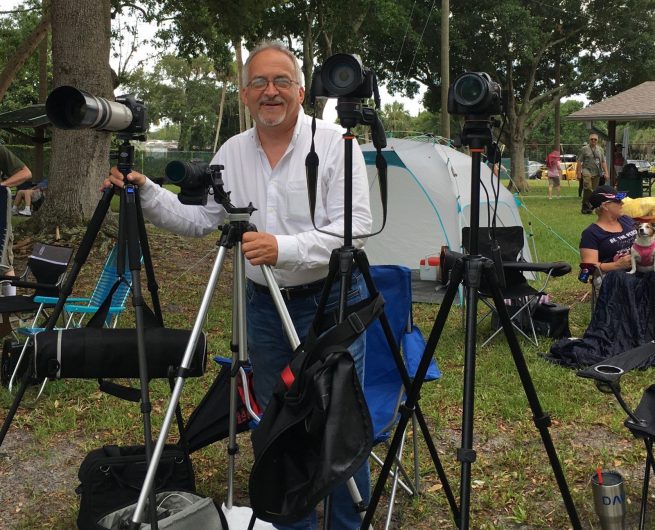 Spectators in Titusville take in the launch of a SpaceX Falcon 9 rocket, historic in that this mission sees two Demo 2 astronauts fly on a mission of undetermined length, to test and validate Crew Dragon. Photo: Mark Usciak 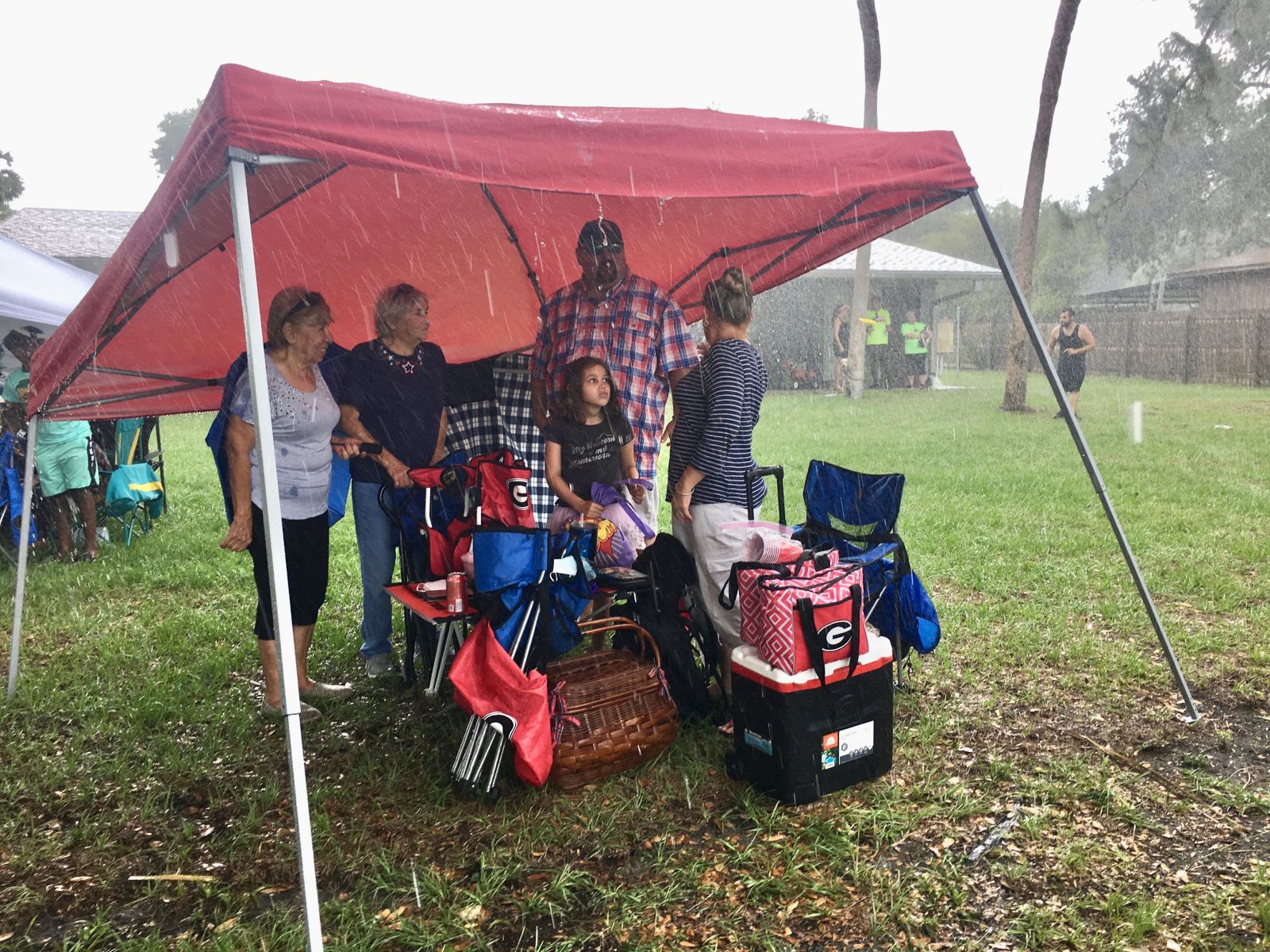 With the clock counting down toward the 3:22 EDT launch of the SpaceX / NASA Demo-2 mission, spectators found that it was a matter of waiting for the weather to improve. Flacon 9 launched successfully, on time. Photo: Mark Usciak 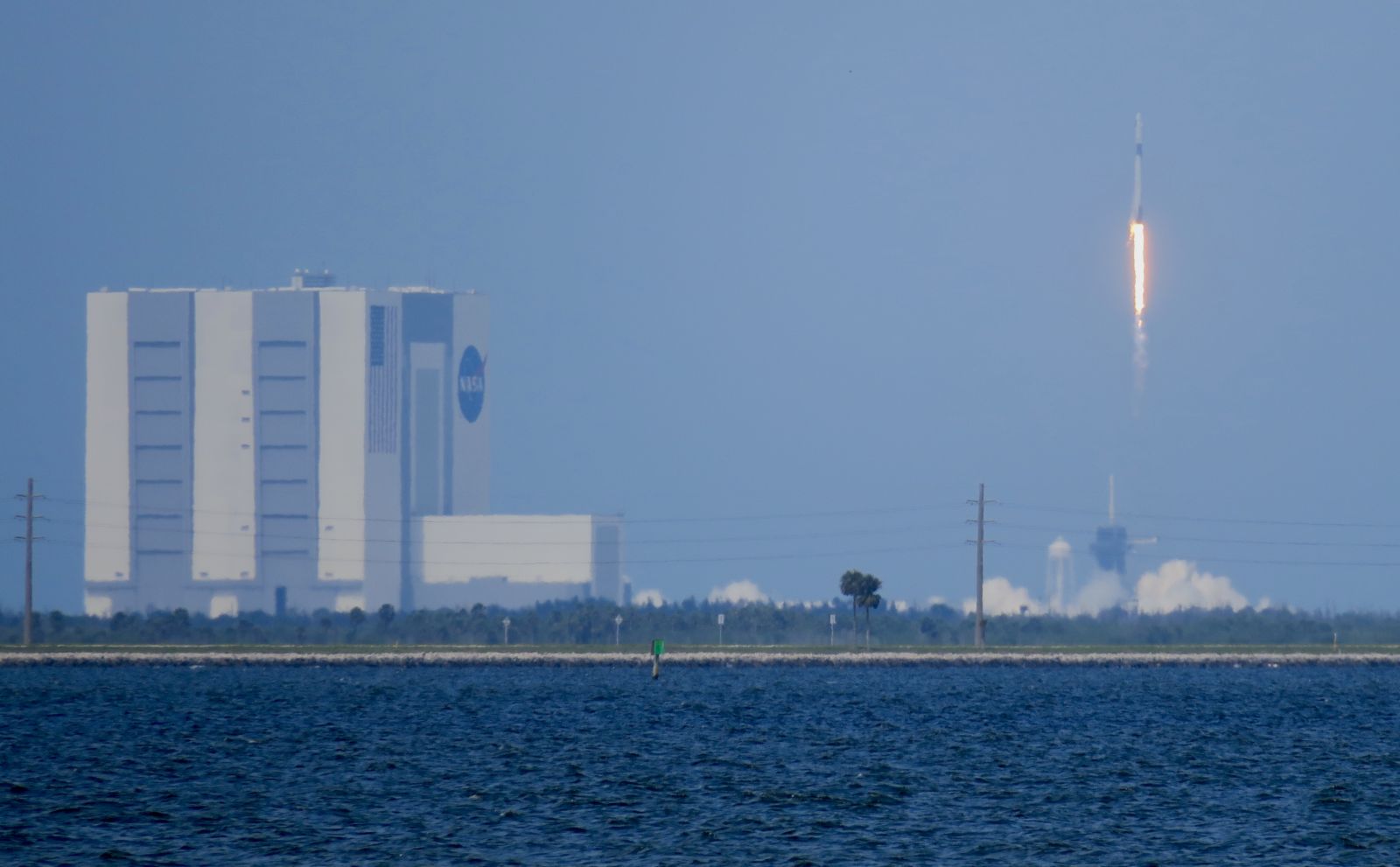 Crew Dragon rises atop Falcon 9 from the launch pad at Launch Complex 39A, with the iconic Vehicle Assembly Building (VAB) to the left. Photo: Mark Usciak 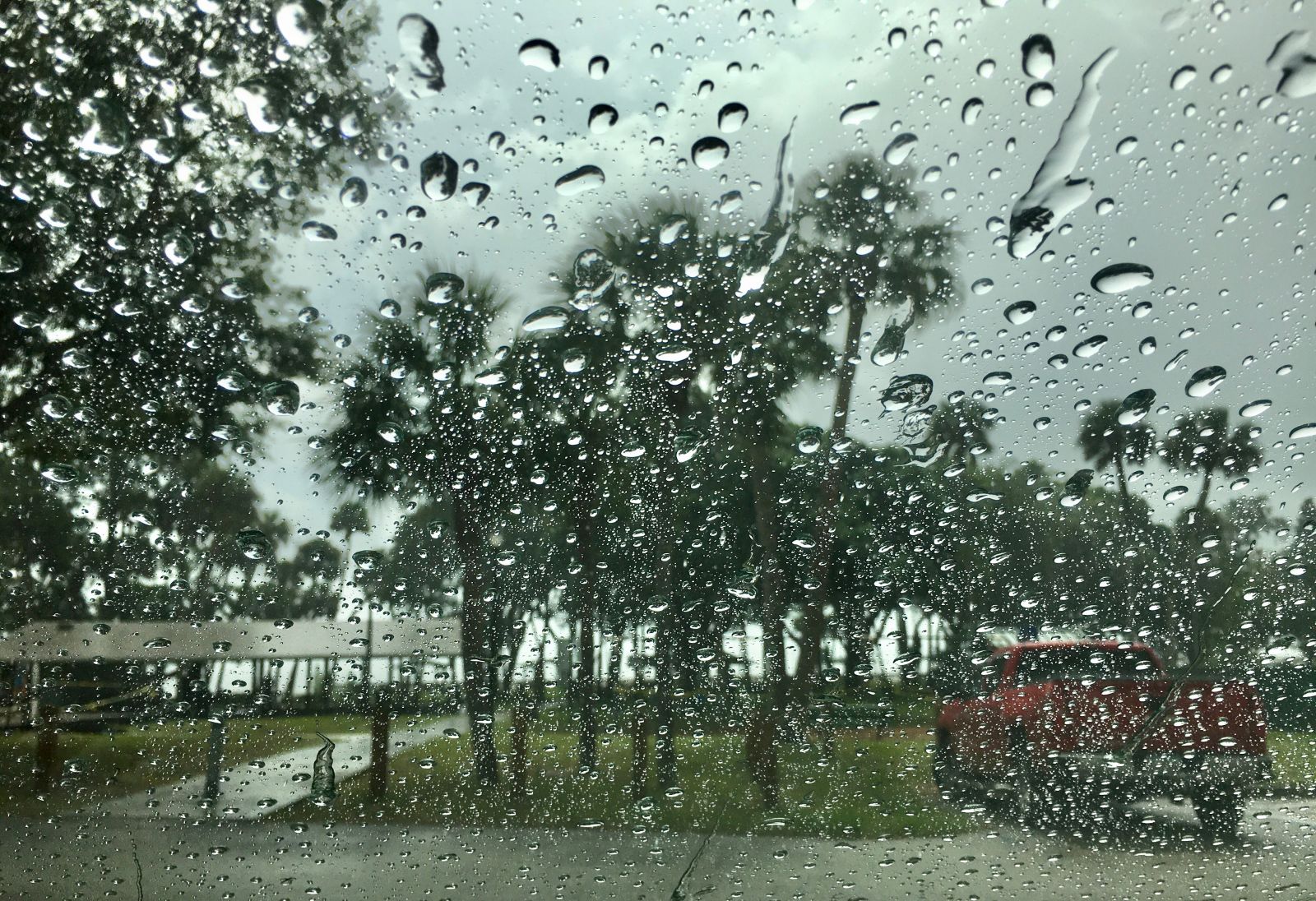 Many competing weather systems battered the coast between launch attempts 1 and 2, bringing rain and winds in one system, then hot and humid sun in the next. Photo: Mark Usciak 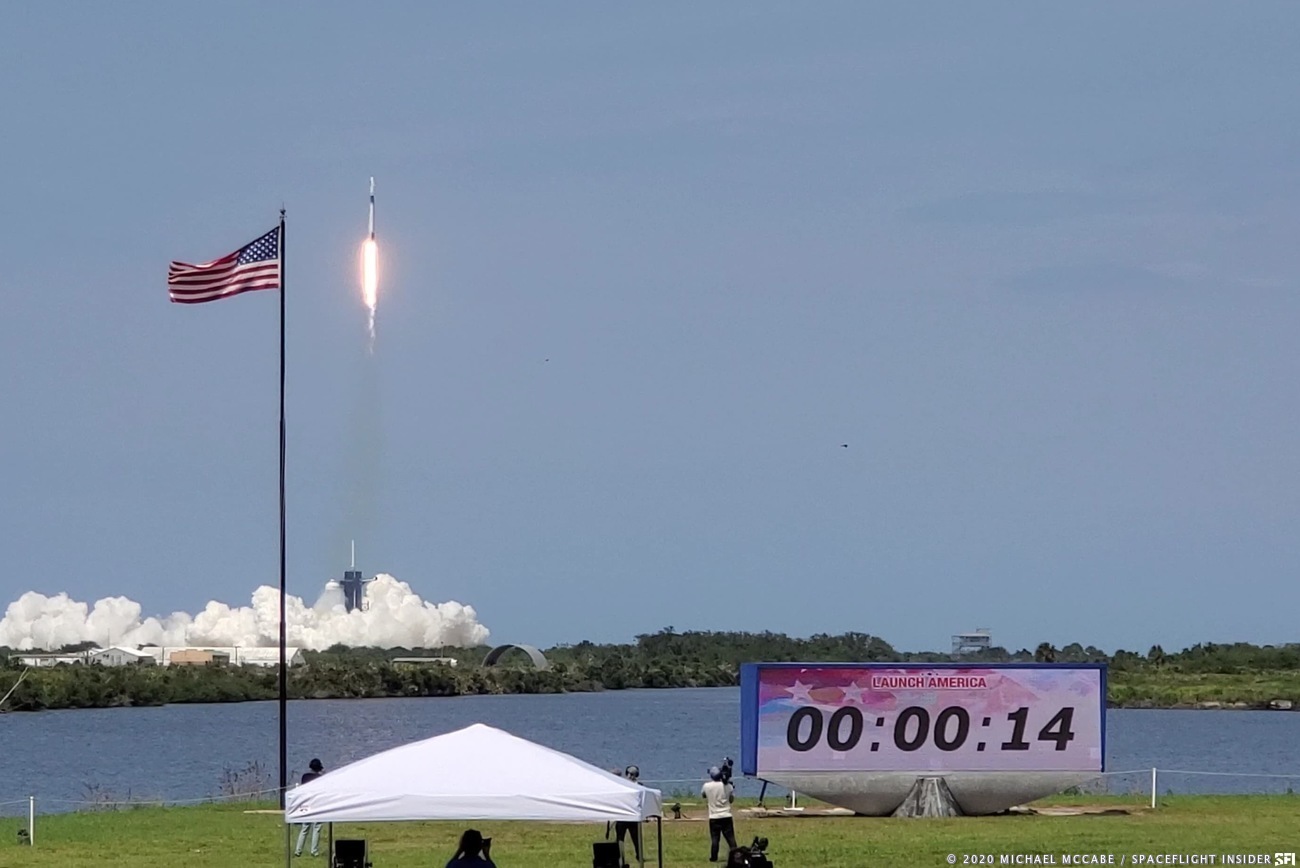 The SpaceX Falcon 9 rocket and its Crew Dragon spacecraft lift Bob Behnken and Doug Hurley away from LC-39A at the Kennedy Space Center.

Congratulations to SpaceX for their successfull launch and the whole mission. And also thanks for this information.