Gravity: Ripped from the Headlines? 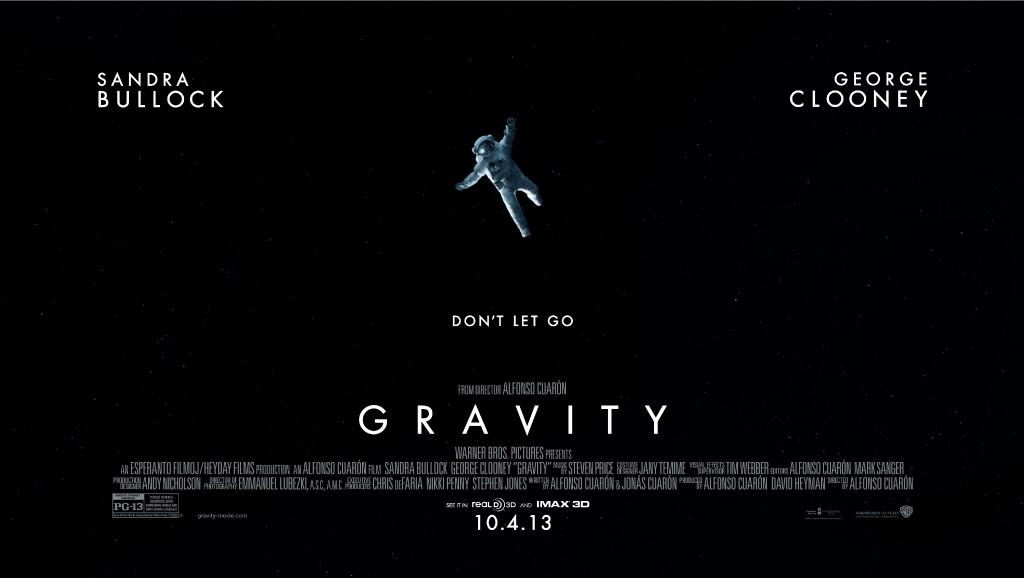 The new Warner Bors film, "Gravity" opened recently with a portrayal of disaster in space. But how close is the film's depiction to reality? Image Credit: Warner Bros.

October 4 is the US release of the space thriller motion picture “Gravity.” Directed by Alfonso Cuarón and written by Cuarón and his son Jonás Cuarón, “Gravity” tells the story of a couple of astronauts, Ryan Stone and Matt Kowalski, are stranded on a spacewalk during a repair mission to the Hubble Space Telescope when their Space Shuttle is destroyed by debris from an unfortunate anti-satellite test. Although its worldwide release is just kicking off, “Gravity” has been featured at numerous film festivals over the past few months to universal acclaim. But “Gravity” isn’t just good cinema: a good bit of this film bears a striking resemblance to real life.

“Scary, almost, how accurate it was,” says NASA astronaut Dr. Mike Massimino. If anyone is in a position to judge, Massimino would be that one: a skilled mechanical engineer with specialties in robotics and extravehicular activities (EVA), he was the real life astronaut tasked with fixing Hubble on the Space Shuttle’s final repair mission to the space telescope in 2009. During 16 hours of EVA, Massimino struggled through stuck handrails and frozen bolts to get the telescope back in order. Four and a half years later, he got a blast from the past when he was invited to an early viewing of “Gravity.” “Nothing was out of place, nothing was missing,” Massimino told Space Safety Magazine rather wonderingly.  “There was a one of a kind wirecutter we used on one of my spacewalks and sure enough they had that wirecutter in the movie. And the Hubble looked like the actual Hubble. So they did a lot of work in making sure they got all the accuracy of that stuff correct.”

That’s not to say “Gravity” is too strict about the limitations of the laws of physics, which Massimino intimated might be a good thing. “I think they took some liberties because if you looked at the way a real spacewalk goes you wouldn’t have much of a movie. It’d be kind of boring.” Of course, the element of the movie that makes sure its audiences are never bored is the constant danger Sandra Bullock’s Stone and George Clooney’s Kowalski face. While certainly dramatized for effect, the hazards of space portrayed in “Gravity” are another element that hews close to home. “It shows that space is a dangerous business,” says Massimino. “You always worry about having a bad day and they had a really bad day in the movie. But I think it does show that things can happen and those are the type of things that we worry about happening to us when we get ready to fly into space.”

Take space debris, for instance. Orbital debris is a constant hazard to craft and crews, as evidenced from the bullet-like holes that appear in the International Space Station from time to time. That danger is actually exacerbated at the Hubble’s altitude. “Hubble’s 100 miles higher than the space station, so the debris field is much greater up there.” In fact, on Massimino’s STS-125 mission, the crew was careful to drop to a lower altitude as soon as their Hubble repairs were finished, even though they had several days left in space.

“On the real Hubble the [high gain] antenna has a hole in it the size of a silver dollar where a rock or a something came flying through its path and put a hole right through the antenna dish,” Massimino recounts. “And when we took out the wide field camera from the Hubble we saw it back on the ground at the Jet Propulsion Lab, [the exposed radiator] acted like a kid had got it with a BB gun.

This article was written by Merryl Azriel and originally appeared on Space Safety Magazine  and can be viewed here: Gravity