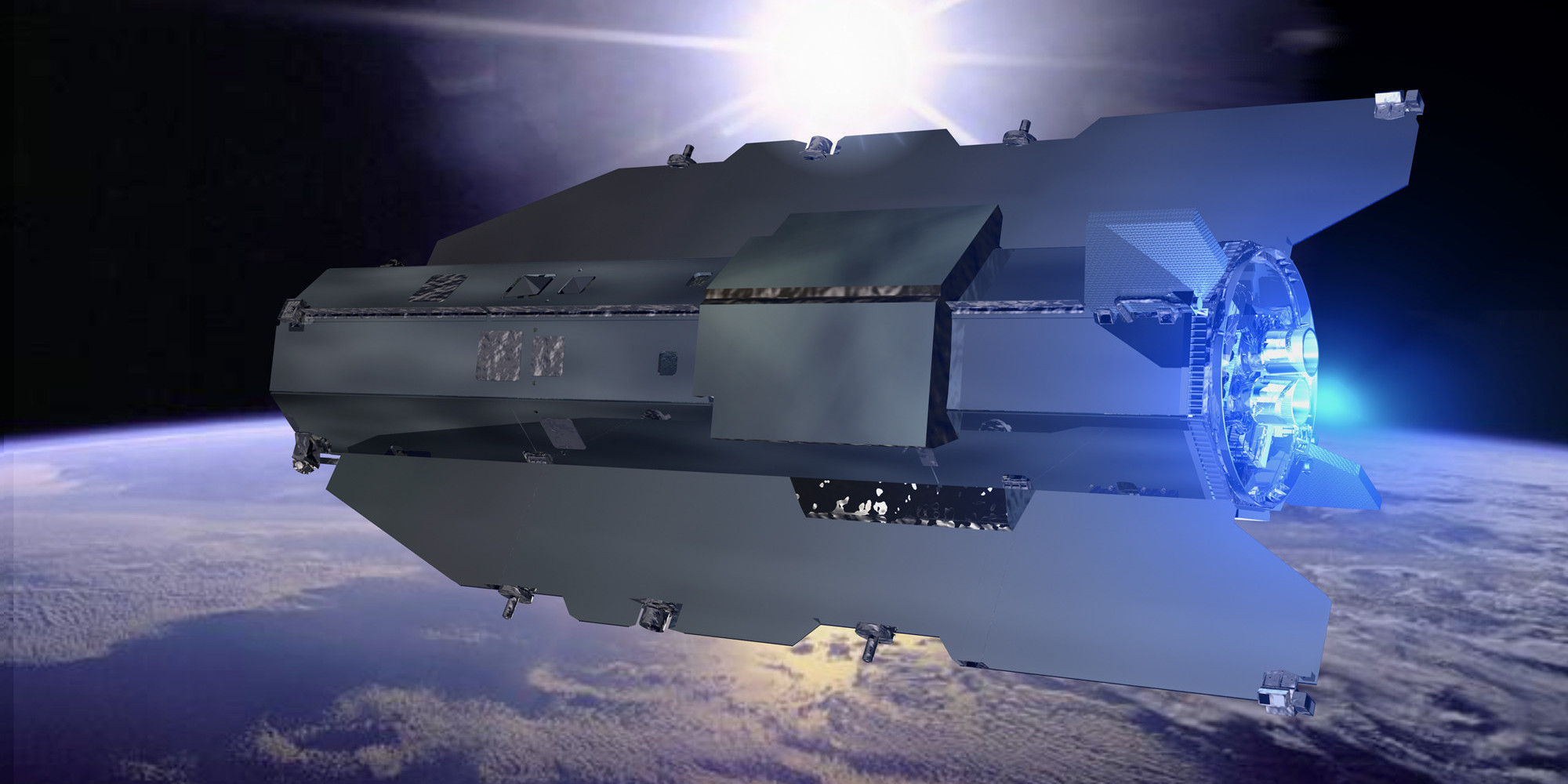 GOCE is no more, The European Space Agency’s (ESA) Gravity field and steady-state Ocean Circulation Explorer plunged into the Earth’s atmosphere early on Monday, November 11, on an anticipated but uncontrolled re-entry.

Launched in March 2009 as part of ESA’s Earth Explorer series of environmental satellites, GOCE was hugely successful – mapping Earth’s gravity field with unrivaled precision. It also became the first seismometer in space when it picked up acoustic waves from the magnitude 9.0 earthquake that struck off Japan in March 2011. Known as the “Ferrari of space” because of its eye-catching design and aerodynamic lines, the 1,920-pound (dry mass) satellite worked from an exceptionally low orbit – just 139 miles in altitude – and needed a continual thrust from its ion engine to compensate for the braking effect of the upper atmosphere. Once the xenon fuel for the engine ran out, as it did last month, GOCE’s orbit began to rapidly decay, sealing its fate.

The swan-dive through Earth’s atmosphere is something that happens on a fairly regular basis.

“The one-ton GOCE satellite is only a small fraction of the 100–150 tons of man-made space objects that reenter Earth’s atmosphere annually,” said Heiner Klinkrad, Head of ESA’s Space Debris Office. The GOCE spacecraft is prepped for launch back in 2009. Photo Credit: ESA

There’s always some concern, generally overstated in the media, over the uncontrolled re-entry of a biggish spacecraft. Computer modelling suggested that as much as a quarter of GOCE’s mass might survive vaporization and reach the surface. In particular, its key science instrument – an advanced gradiometer used to sense minute variations in the pull of Earth’s gravity in different places along the spacecraft’s path – contained a lot of heat-resistant composite materials that were expected to avoid incineration. Fortunately, the lion’s share of the regions over which GOCE flew were either ocean or unpopulated swathes of land so the chances of a mishap were tiny.

Still the threat of “space junk,” both the kind that ends up falling back down or colliding with other objects in orbit is growing. An intergovernmental agency, called the Inter-Agency Space Debris Coordination Committee, was formed in 1993 to look at ways of dealing with this problem. For its special focus of study in 2013, it chose GOCE, so that as the satellite began its descent a whole battery of tracking and surveillance facilities around the world were trained on it. The last orbital view of GOCE can be seen in this ESA image. Image Credit: ESA

At 22:42 GMT on Sunday, Nov 10, the very last signal was received from the satellite as it passed 75 miles above Antarctica. Just over an hour later, radar information from the US Strategic Command (USSTRATCOM) showed that re-entry had begun with pieces starting to break off the spacecraft at an altitude of about 50 miles. Tracking data, and photographs from the ground in the Falkland Islands, off the tip of South America, suggest that any surviving debris fell just east of Tierra Del Fuego.

GOCE remained intact a little longer than predicted, helped in part by its sleek aerodynamic shape and fins, which where designed to keep the craft stable in its low orbit. Engineers monitoring the final hours of the satellite from Europe’s Space Operations Centre in Darmstadt, Germany, observed it to keep its long axis pointing straight on, even as it dropped lower and lower into the atmosphere.

“In the 56 years of spaceflight, some 15 000 tons of man-made space objects have reentered the atmosphere without causing a single human injury to date,” Klinkrad said.