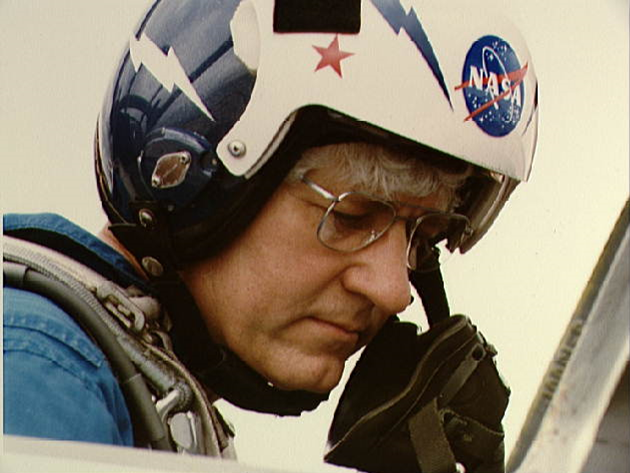 Spaceflight Insider has received a report from former shuttle astronaut Mike Mullane, USAF Colonel (ret.) that fellow former NASA astronaut Hank Hartsfield has passed away from complications following a recent back surgery. Hartsfield served as Mullane’s mission Commander on STS-41D. Hartsfield was known as a quiet, highly-skilled pilot who helped prepare fellow astronauts for their missions.

Henry Warren “Hank” Hartsfield, Jr. was born and raised in Birmingham, Alabama where he attended Auburn University before joining the U.S. Air Force. Hartsfield was a graduate of the USAF Test Pilot School and later served as an instructor at Edwards Air Force Base. Soon after he was assigned to the USAF Manned Orbiting Laboratory (MOL) in 1966; however the program was cancelled a few years later.

Hartsfield then went on to Duke University where he completed his graduate work in Physics as well as Astronautics at the Air Force Institute of Technology at Wright-Patterson Air Force Base. In 1969, after the cancellation of MOL, Hartsfield was accepted as a NASA Astronaut and served as a member of the Apollo 16 support crew and subsequently for the Skylab 2, 3 and 4 missions. He first flew on STS-4 along with Thomas K. Mattingly aboard the Space Shuttle Columbia on June 27, 1982. During their mission, the duo evaluated ascent and reentry phases of the shuttle missions as well as studied long-term thermal effects on the Orbiter’s subsystems. They also analyzed Orbiter-induced contamination on the payload bay. During their mission, the crew successfully completed 112 orbits of Earth and landed the orbiter safely at Edwards Air Force Base on July 4, 1982. Hartsfield’s third mission, STS-61A, lifted off from Kennedy Space Center aboard the Space Shuttle Challenger on October 30, 1985. This mission was the first to carry a total of eight crew members into space and the first to have payload activities controlled outside of the United States, as part of the West German D-1 Spacelab mission. Over 75 science experiments were completed and the crew returned safely to Earth on November 6, 1985.

Hartsfield retired from the US Air Force after 22 years of service in 1977 and served as the Deputy Chief of the Astronaut Office from 1986 to 1987 before accepting a position as the Deputy Director for Flight Crew operations. He then received an assignment as Director of the Technical Integration and Analysis Division in the Office of Space Flight at NASA Headquarters. In 1990, Hartsfield accepted a short-term position as the Deputy Manager for Operations in Space Station Projects Office at NASA’s Marshall Space Flight Center. The following year, he received another short-term assignment as the Man-Tended Capability Phase Manager at Johnson Space Center in Houston, where Hank represented the Deputy Director in providing the Space Shuttle Program with guidance and direction.

Hartsfield then moved on to become the manager of the International Space Station (ISS) Independent Assessment activities in 1993. His work included assessing the programs and projects of Human Exploration and Development of Space Enterprise. Hartsfield retired from NASA in 1998 and worked in the executive ranks at Raytheon Company from 1998 to his retirement in 2005.

“Hank was a standup guy, folks mentored by him were most fortunate. He will be sorely missed by the aerospace community in particular and the world in general,” said Bob Springer, a fellow astronaut and mission specialist on STS-29 and STS-38. Hartsfield in the cockpit of a NASA T-38 during the lead up to the STS-4 mission in 1982. Photo Credit: NASA / Retro Space Images