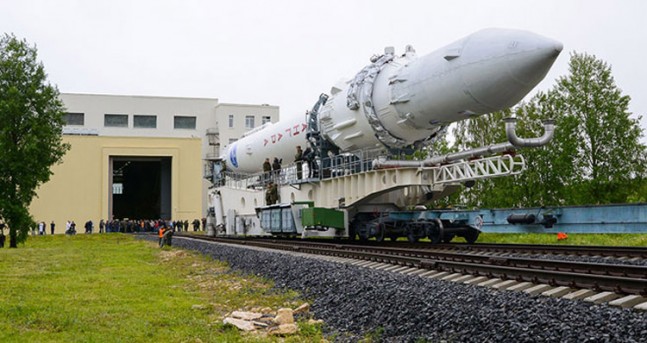 Russia’s beleaguered space industry suffered another setback on Friday, June 27, with the last-minute abort of the inaugural launch of the Angara 1.2 rocket from Plesetsk Cosmodrome. A second opportunity to launch the following day came and went with the vehicle still stood on the pad.

Under development for almost 20 years, Angara is intended to give Russia a greater degree of autonomy from neighboring, former Soviet states, both in terms of launch site and rocket technology. Angara is manufactured almost entirely at the Moscow-based Khrunichev Space Center and can be launched from Plesetsk in Mirny, northern Russia, about 500 miles north of Moscow, instead of Kazakhstan’s Baikonur Cosmodrome, which Russia uses under a lease arrangement.

The new rocket is supposed to be a centerpiece of President Vladimir Putin’s personally-endorsed plan to restore the stature and prestige of Russia’s space program, battered by years of underfunding and loss of expertise. But the latest disappointment adds to the pressure mounting on Khrunichev following a series of failures in recent times by the previously-dependable Proton rocket, which the Space Center also manufactures.

Until now the Russian space program has relied on launch vehicles inherited from the old Soviet regime, which have simply been tweaked and modernized over the past couple of decades. The home-grown and entirely new Angara series will, it’s hoped, take over as the nation’s primary means of getting unmanned spacecraft into Earth orbit. Eventually, the lift capability to low orbit will range from 2,000 to 40,000 kilograms. The smallest members of the family, Angara 1.1 and 1.2, will replace the existing Kosmos-3M, Rockot, and Tsyklon; Angara 3 will take over duties from the Ukrainian-built Zenit, and Angara 5 will become the heavy-lift workhorse in place of Proton.

Tensions in the Ukraine have increased the urgency the Russian government feels to have a comprehensive launch capability that is not dependent on its neighboring states. But Friday’s failure of the Angara 1.2ML (“Maiden Launch”) to get off the ground will be a concern both to politicians and Russian space officials. President Putin was watching the countdown live via video link from the Kremlin and has now insisted on an explanation for the delay.

Although engineers are still looking into the exact source of the problem, what is known is that the vehicle’s onboard flight computer detected an anomaly with the first stage propulsion system and aborted the launch 15 seconds before liftoff. According to one unnamed source, cited by RIA Novosti on Monday, the computer had identified a leak in an oxidizer valve but detailed investigation is now underway.

The Angara’s fuel and oxidizer and have been drained, although whether the rocket will remain on the launch pad while tests are carried out or it is taken back to the vehicle assembly building at Plesetsk for investigation is unclear. No new launch date has been fixed.