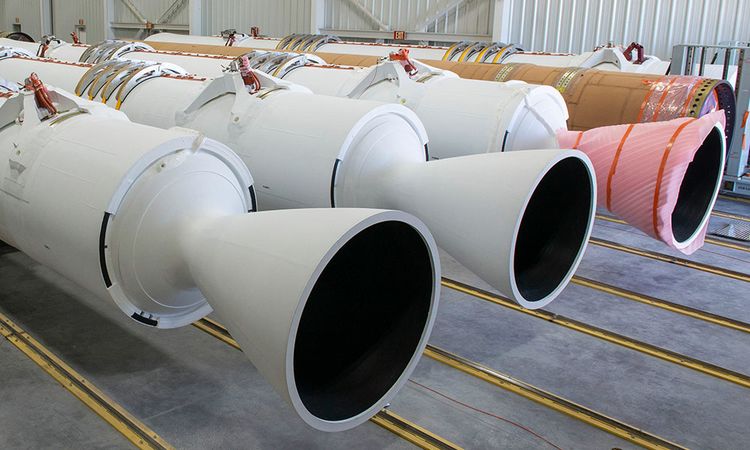 The result of a contract award in 2015, the new motors serve as a more efficient and cheaper replacement to the current motor in use by the Atlas V rocket, the AJ-60A, a 60 inch diameter booster manufactured by Aerojet Rocketdyne. Beginning with testing in 2018 at Northrop’s facilities in Utah, the motors quickly proved to function as designed, and were certified for use by the Air Force and ULA. The new motors, each producing about 373,000 pounds of thrust, will allow ULA to streamline its components by using one type of motor for two differed rocket modules.

Charlie Precourt, Northrop Grumman’s Vice President of propulsion systems, offered comment on the move, sharing his excitement in the continuing partnership between ULA and Northrop Grumman – “Designing a drop-in solution for an existing vehicle is no easy feat… As ULA’s largest legacy supplier, we have been providing rocket propulsion to ULA and its heritage companies since 1964 and we are pleased to continue our partnership with this new generation motor.” 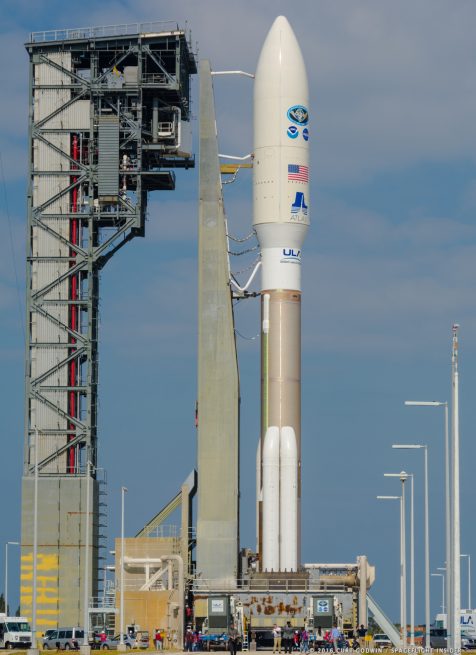 The recently delivered GEM 63 motors will attach at the base of the NROL-101 assigned Atlas V vehicle, similarly to how the prior generation Northrop Grumman motors were attached in this file photo of the 2016 GOES-R vehicle. Photo: Curt Godwin, SpaceFlight Insider

A member of the GEM family of boosters, the GEM 63 motors build on a long heritage of boosting rockets. GEM motors first began to see use in the 1980’s in the form of the GEM 40, a strap-on motor used on the Delta II rocket, which saw its retirement in 2018. Other members of the GEM family include the GEM 46, which flew 6 successful missions of the Delta II Heavy rocket, a Delta II utilizing 9 motors. The last iteration of the GEM family retired with a 100 percent success rate, supporting the Delta IV rocket in multiple configurations over the course of 86 motors and 25 launches.

The motors will ultimately be morphed into a new GEM 63XL configuration to serve as the booster component of ULA’s Vulcan rocket, which is currently under development as a replacement to both the Atlas and Delta rockets. Vulcan is on track to fly its inaugural flight with a commercial lunar lander payload in 2021.

The 3 motors that have arrived at the Cape however, are scheduled to be used on the flight of the Atlas V following the launch of NASA’s Perseverance Mars rover. That launch, which will fly in the Atlas 531 configuration, is currently scheduled for no-earlier-than (NET) September 2020, and will be flying the NROL-101 payload for the National Reconnaissance Office and the US Space Force.