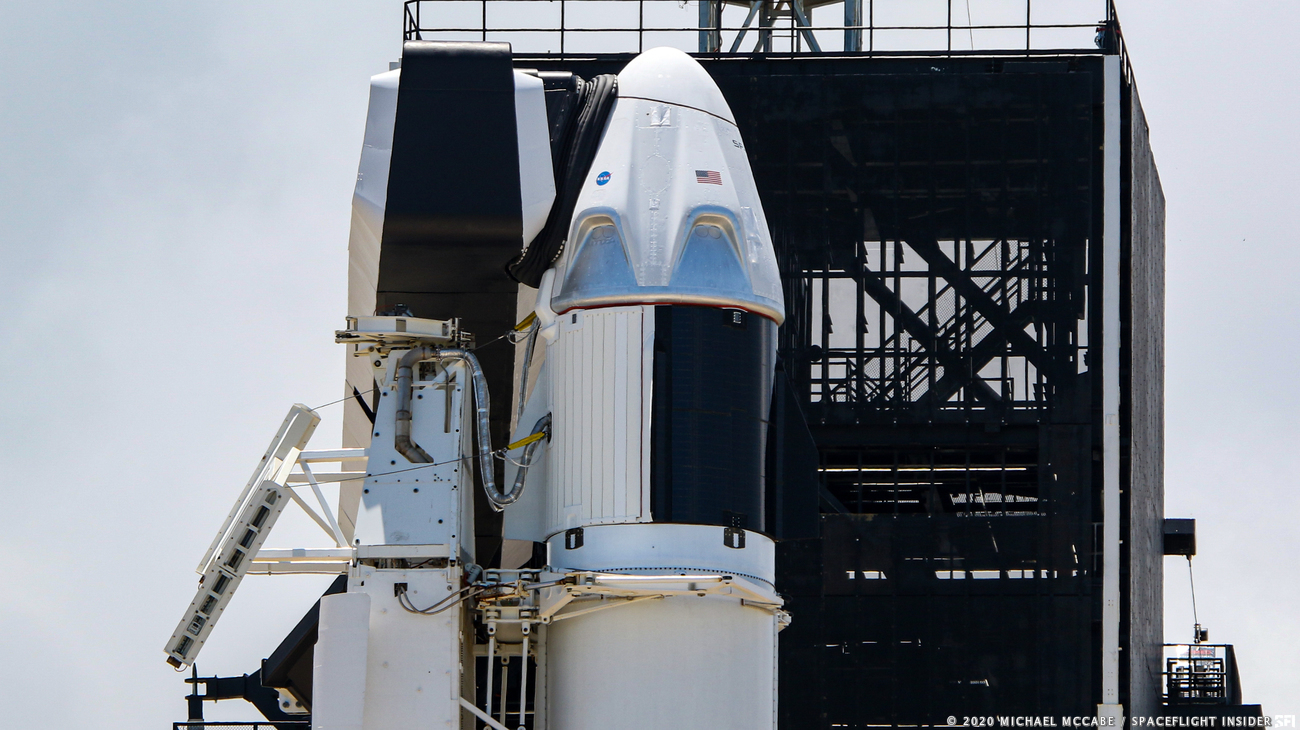 The SpaceX Crew Dragon sits atop the company’s Falcon 9 rocket at Launch Complex 39A, awaiting launch as a part of the Demo-2 mission with NASA. Photo credit: Michael McCabe

The launch countdown timeline schedule is out for SpaceX Demo-2 launch attempt day #2, and SpaceFlight Insider correspondents are onsite at the Kennedy Space Center LC39 Press Site, on the river’s edge in Titusville and just south in Port Canaveral; Falcon 9 is vertical on the pad and all eyes are now on the weather.

Additional updates will come during the mission weather brief at 12:18, but until then here is an updated countdown schedule timing reference sheet, revised to now include a column which lists estimated times in both UTC (Universal, or Greenwich Mean Time) and the Eastern time zone (local to Florida), with a T-0 of 15:22 local.  T-0 for Sunday’s backup window, if required, is 15:00 EDT (19:00 UTC). 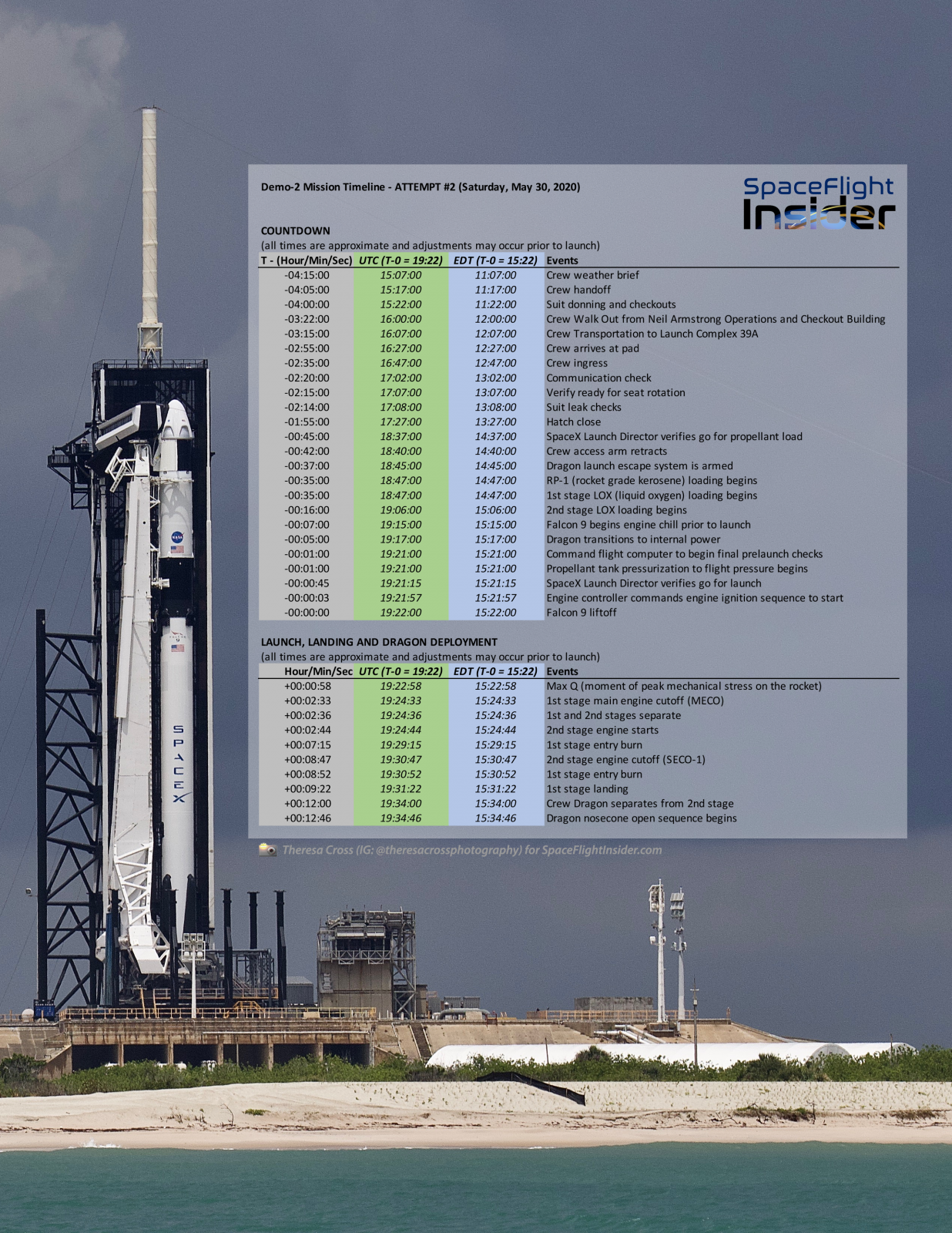 Timings include the launch, Max-Q, separation, landing and other key mission events.

As seen in this morning’s 45th Space Wing weather forecast, conditions are currently forecast as having a 50% chance of violating one or more launch constraints. 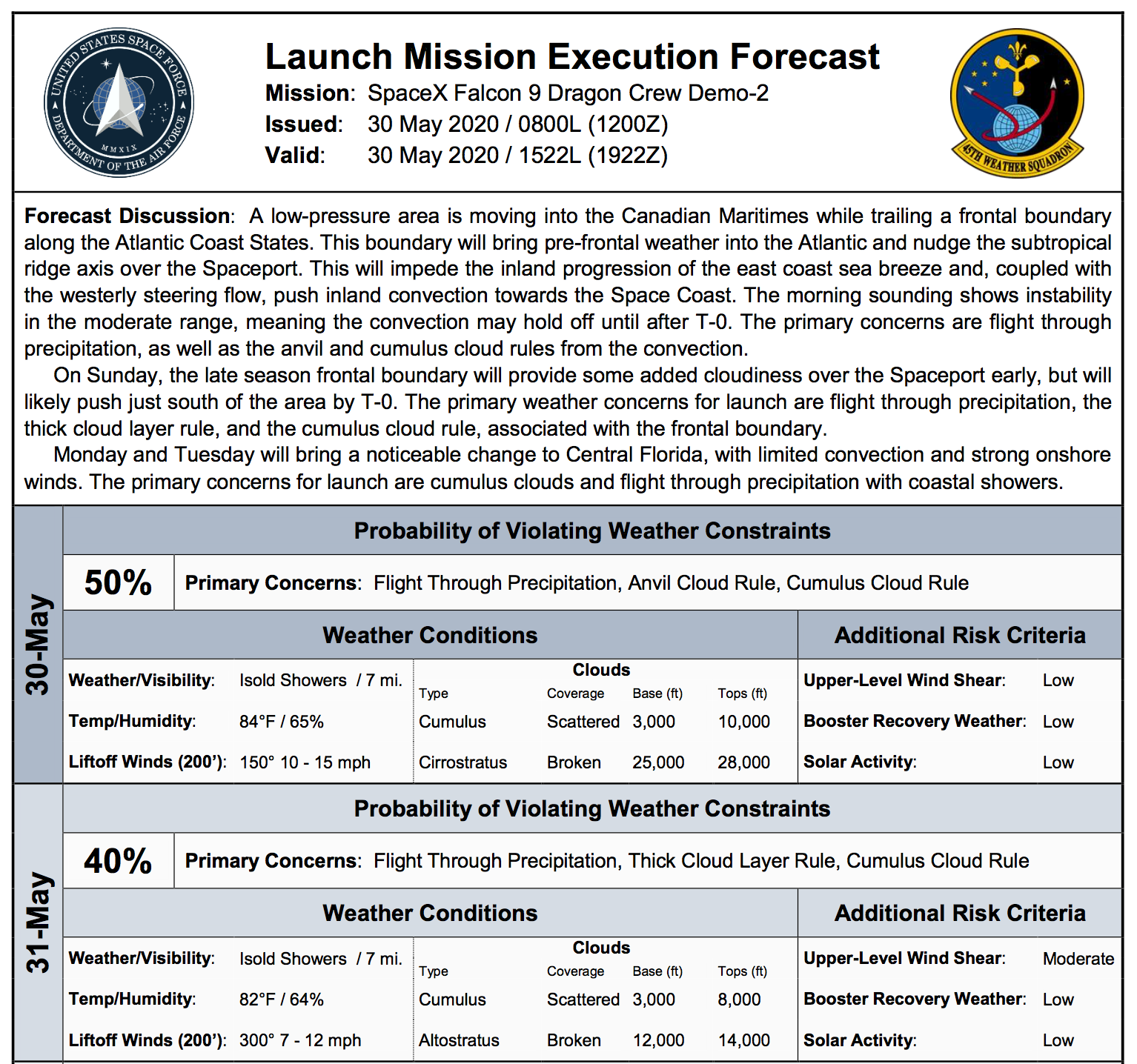