Chris Hadfield Regretted Not Being Able To Make One Last Spacewalk 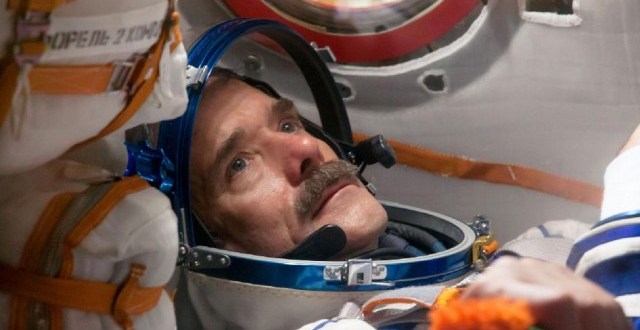 Chris Hadfield expressed his regret that he was unable to conduct one more spacewalk in a recent interview with Universe Today. Photo Credit: NASA / Victor Zelentsov

Chris Hadfield loved spacewalking. That was clear in a past interview he did for Universe Today:

“It is like coming around a corner and seeing the most magnificent sunset of  your life, from one horizon to the other where it looks like the whole sky is on  fire and there are all those colors, and the sun’s rays look like some great  painting up over your head. You just want to open your eyes wide and try to look  around at the image, and just try and soak it up. It’s like that all the time.  Or maybe the most beautiful music just filling your soul. Or seeing an  absolutely gorgeous person where you can’t just help but stare. It’s like that  all the time.”

Late in Hadfield’s final mission to space this May, when the Canadian Space  Agency (CSA) astronaut was commanding the International Space Station Expedition  35 crew, an ammonia leak happened and NASA had to scramble a plan for  a spacewalk, or extravehicular activity (EVA), to fix it. (The fix succeeded.)  When Hadfield was apprised of the plan, he says in an excerpt from his  forthcoming book, he was disappointed:

“I wasn’t going out. I had a moment where I allowed myself to experience the  full force of my disappointment. This would have been the heroic climax of my  stint as commander: helping to save the ISS by doing an emergency spacewalk. I’d  never have another chance to do an EVA—I’d already informed the CSA that I  planned to retire shortly after returning to Earth.”

“But Chris [Cassidy] and Tom [Marshburn] had both done three previous EVAs,  two of them together, on the same part of the station where ammonia was now  leaking. They were the obvious people for the job. All this went through my head  and heart for a minute or two, then I made a resolution: I was not going to hint  that I’d had this pang of envy, or say, even once, that I wished I was doing the  EVA. The right call had been made, and I needed to accept it and move on so that  we could all focus on the main thing—the only thing, really: working the  problem.”

An Astronaut’s Guide to Live On Earth isn’t out until Nov. 3, but Maclean’s magazine has a lengthy excerpt that not only talks  about the spacewalk, but some behind-the-scenes discussion on Hadfield’s  awe-inspiring version of David Bowie’s ”Space Oddity” recorded on the International Space Station.

This article was writtern by Rebecca Howell and originally appeared on Universe Today – it can be viewed here: Hadfield