Booster B1051 welcomed home for a sixth time 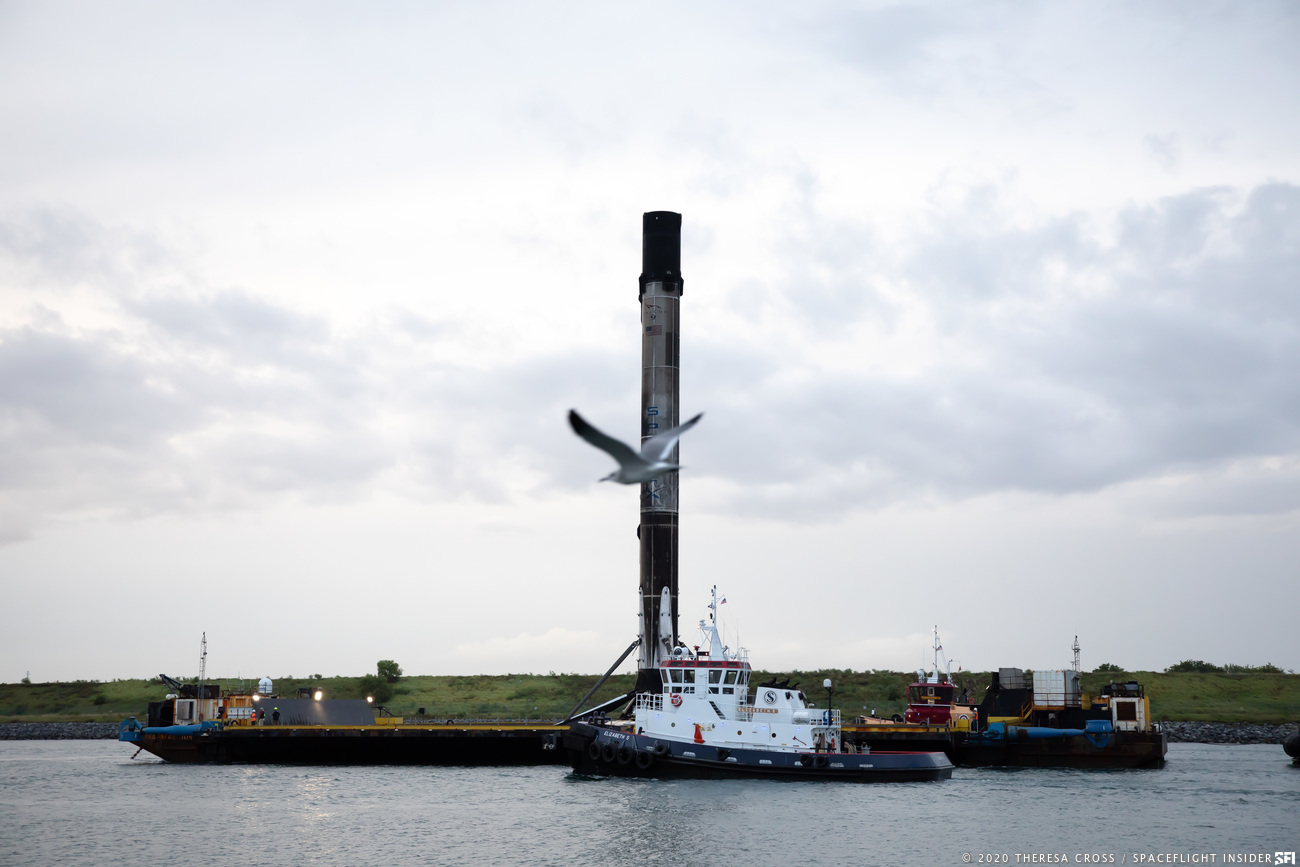 Under escort of a local Port Canaveral seagull, the SpaceX ASDS “Of Course I Still Love You” arrived in port on October 21, 2020, carrying the B1051.6 Falcon 9 booster. Photo: Theresa Cross, Spaceflight Insider.

The Falcon 9 first stage booster used to lift the most recent batch of Starlink satellites has entered Port Canaveral, arriving in the early morning light of October 21, 2020.

Under cloudy skies and intermittent rain, members of the media and public were out to witness the return, seeing the six-time flown booster resting on the deck of the ASDS “Of Course I Still Love You”. The second SpaceX ASDS, “Just Read The Instructions”, is currently out of port preparing to recover another Falcon 9 set to launch later this week.

The first mission for B1051 was to loft an unmanned Crew Dragon on that spacecraft type’s first demonstration flight, (Demo-1). 19 months separate this booster’s first launch on March 5, 2019 and the sixth launch on Sunday past, with the latter flight and recovery marking the 62nd successful recovery of a Falcon9 booster, the 32nd to the deck of the ASDS “Of Course I Still Love You”.