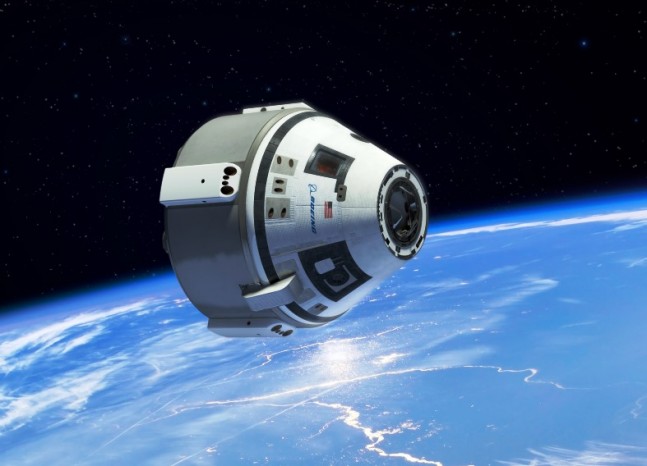 Boeing’ Crew Space Transportation (CST -100 ) spacecraft has met the necessary requirements needed to pass the “Phase Two Spacecraft Safety Review” as well as the “Critical Design Review” (CDR) of the capsule-shaped spacecraft’s integrated systems. This places the CST-100 ahead of its timetable as well as its budget under NASA’s Commercial Crew integrated Capability. These marked the final two hurdles required under CCiCap – which Boeing was awarded some $460 million by NASA under this phase of the space agency’s Commercial Crew Program.

The safety review that was conducted for the CST-100 included identifying life-threatening situations and ensuring that the current design did not pose any safety risks. Completion of the last two elements of CCiCap puts Boeing one step closer to finalizing the spacecraft’s ultimate design.

NASA currently plans to select one, perhaps two of the three current competitors under the Commercial Crew Program in the next month or so. Boeing completed these last steps under CCiCap just last month (Aug. 2014). Some 44 CRDs were conducted under this review with elements covered including software, propulsion, the spacecraft’s launch vehicle (United Launch Alliance’s Atlas V), avionics, landing and docking systems and more. “The challenge of a CDR is to ensure all the pieces and sub-systems are working together,” said John Mulholland, Boeing Commercial Crew program manager. “Integration of these systems is key. Now we look forward to bringing the CST-100 to life.”

The CST-100 could accommodate up to seven crewmembers, or a mix of crew and cargo. Boeing plans on launching crewed flights of the CST-100 flights by 2017.

Boeing is in partnership with NASA to develop “commercial” crew transportation systems to astronauts to the only current destination in low-Earth-orbit – the International Space Station. The CST-100 is joined by Blue Origin’s New Shepard, SpaceX’s Dragon and Sierra Nevada’s DreamChaser spacecraft to ferry crews to the ISS.

At present, the U.S. lacks the ability to launch astronauts on its own and is reliant on ISS Program partner Russia for access to orbit. NASA has seen success in one of its other public-private initiative, the Commercial Resupply Services program. Under CRS, the space agency has carried out five resupply runs to the orbiting laboratory, three with the uncrewed variant of Dragon and two with Orbital Sciences Corporation’s Cygnus spacecraft.