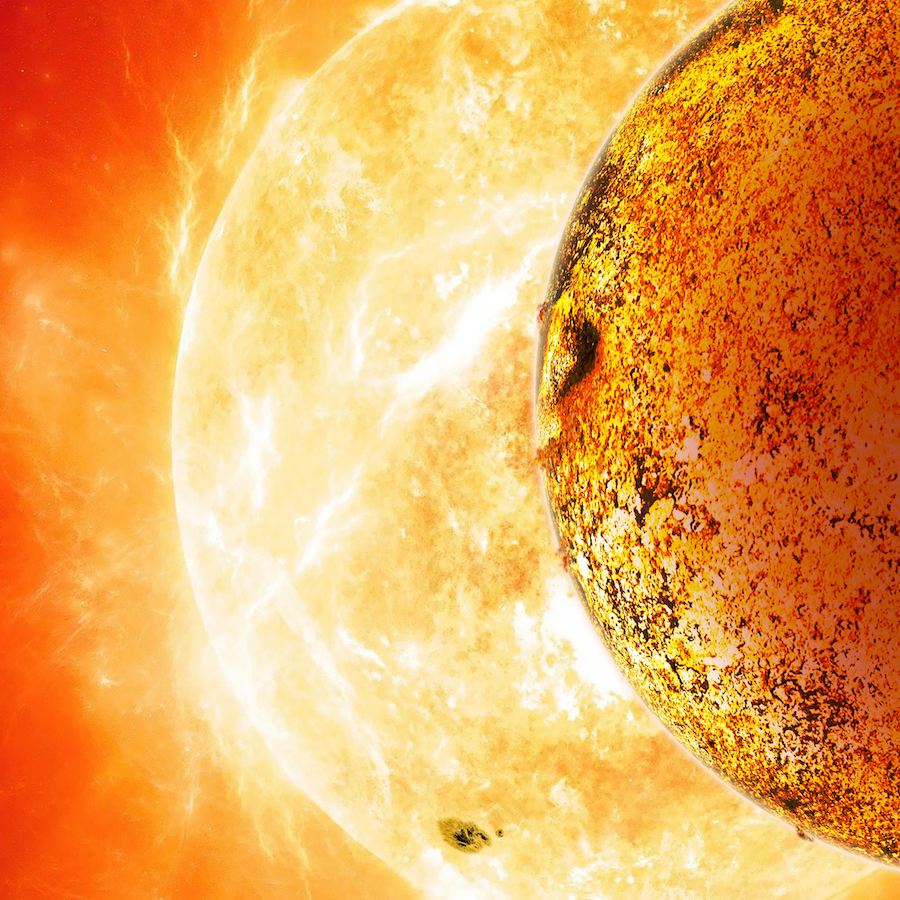 For the first time, an exoplanet orbiting another star has been discovered which is similar to Earth in size, mass and composition, it was announced on October 30, 2013. Astronomers confirmed the finding using data from the Kepler space telescope.

While a handful of other exoplanets have already been found so far which are about the size of Earth, this is the first one where both the size and mass could be measured. This also allows astronomers to determine the planet’s probable composition. As it turns out, the planet, Kepler-78b, is about 1.2 times the radius and 1.7 times the mass of Earth, with a likely composition of rock and iron, much like Earth. It is about 400 light-years from earth, in the constellation Cygnus.

According to Natalie Batalha, a Kepler mission scientist, ”The message expresses the joy of knowing that Kepler’s family of exoplanets is growing. It also speaks of progress. The Doppler teams are attaining higher precision, measuring masses of smaller planets at each turn. This bodes well for the broader goal of one day finding evidence of life beyond Earth.” Size and mass comparison of Kepler-78b and Earth. While similar to Earth in these aspects, Kepler-78b orbits much closer to its star and is therefore a scorched world like Mercury. Image Credit: David A. Aguilar (CfA)

Unfortunately, any other similarities to Earth probably end there, since Kepler-78b orbits very close to its star indeed, with a year being only 8.5 hours long. It’s a scorched little world – like Mercury, but worse.

At least one other known planet, Kepler-10b, which is also rocky but larger, also orbits the same star.

As technology improves and more data comes in, astronomers expect to find many more Earth-size exoplanets in the months and years to come, with some of them orbiting in their stars’ habitable zones, making them for potentially hospitable for life as-we-know-it.

The results were just published in the journal Nature.

This article was first published on The Meridiani Journal