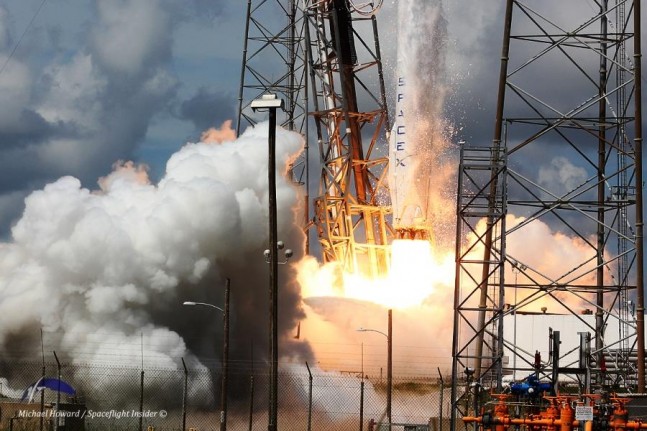 According to the latest weather update from the United States Air Force and Florida Today, the launch of AsiaSat 6 will be delayed at least one day. The satellite is now predicted to liftoff from Cape Canaveral, no sooner than 12:50 am EDT (04:50 GMT) on Sunday, September 7, 2014. Weather conditions are listed as 60 percent favorable across the entire launch window, which closes at 4:04 am EDT (08:04 GMT).

The 45th Weather Squadron says conditions improve on Monday, listing it as “70 percent favorable”. Both SpaceX and AsiaSat have not confirmed a launch time. The main weather concern is thick clouds due to a passing tropical wave. The Eastern Range is open and clear for launch until September 16 when the CLIO satellite is scheduled to launch atop a United Launch Alliance Atlas V.

SpaceX originally had AsiaSat on the schedule for last week, but decided to postpone the launch following a development rocket failure during a test flight in Texas. SpaceX wanted to take time to double and triple check their systems, but were not concerned for the Falcon 9 rocket.

Stay tuned to Spaceflight Insider for more details as they become available.

Bummer. Am I correct in understanding that the GTO means there will not be enough fuel for a first stage recovery attempt?