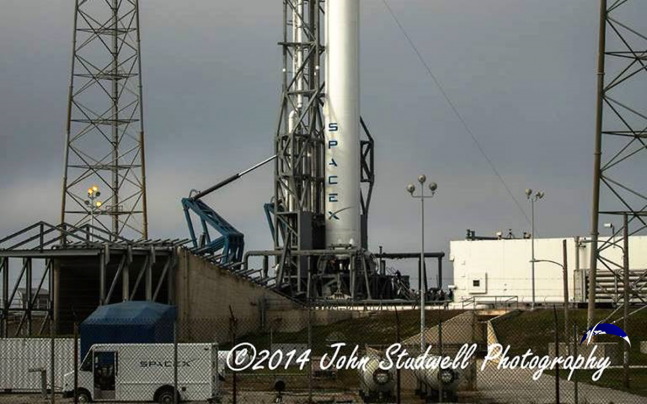 CAPE CANAVERAL, Fla — SpaceFlight Insider reached out to the 45th Space Wing in an effort to find out more about the fire which saw the launches of a United Launch Alliance (ULA) Falcon 9 as well as a SpaceX Falcon 9 v1.1 rocket. The two launches had been scheduled to take place on March 25 and March 30 respectively. The U.S. Air Force’s official comment on the fire is as follows:

“A mandatory range asset supporting the NROL-67 launch went offline, March 24, 2014.  An investigation revealed a tracking radar experienced an electrical short, overheating the unit and rendering it inoperable.  The outage resulted in an inability to meet minimum public safety requirements needed for flight, so the launch was postponed.

Initial assessment indicates repair of the tracking radar will take approximately three weeks.  The Air Force is evaluating the feasibility of returning an inactive radar to full mission capability to resume operations sooner.  The launch schedule impact is to be determined, pending resolution of the anomaly.  Early indications are all launches scheduled for FY14 will be supported. More information will be provided as it becomes available.”

SpaceFlight Insider reached for more information regarding the fire from the 45th Space Wing. No additional details were made available. It should be noted that previous reports had listed the cause of the outage as a fire, whereas the official statement from the U.S. Air Force has the problem cited as an electrical short and overheating.

The radar system in question is managed by the United States Air Force and is used to ensure that launch vehicles that liftoff from the Cape are on the proper trajectory. If these rockets are monitored as deviating from their proper flight path, their flight termination hardware is activate and they are destroyed. The radar system is vital in ensuring public safety.