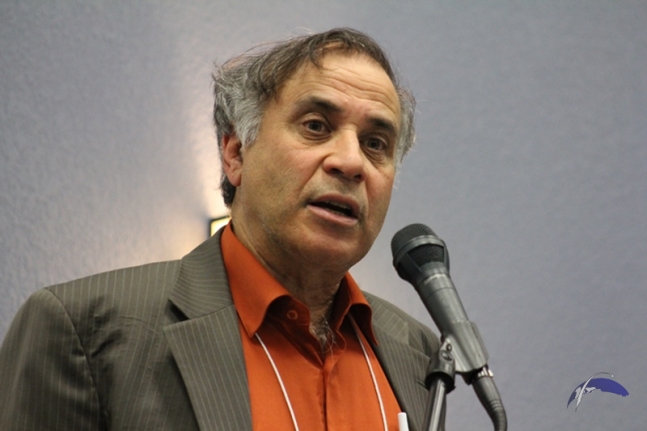 LEAGUE CITY, Texas – With presenters covering an array of disciplines, The Mars Society held its 17th Annual International Mars Society Convention in League City, Texas from Aug. 7-10. The event provided a look into efforts to see the first crewed mission to the Red Planet take place, the latest findings from the spacecraft and robot explorers currently exploring the dusty Martian terrain as well as social and political aspects revolving around exploration of the Red Planet.

The Mars Society’s founder and President, Robert Zubrin addressed attendees on several occasions during the conference, noting the need for a concerted effort to begin exploration and colonization of Mars. He was joined by an array of experts and professionals working to overcome the various obstacles which prevent humanity’s fist Martian voyage.

Former NASA official Scott Hubbard discussed the efforts of NASA scientists to gain a better understanding of what would be required in terms of coordinating efforts to get to the Red Planet.

“I personally don’t think that the exploration of the solar system, the exploration of Mars in particular will be sustainable without a trailing-edge business ecosystem,” Hubbard said. “There has to be economic development and we have to engage the entrepreneurs.”

Shortly thereafter, NASA’s Orion Program Manager, Mark Geyer updated guests on the status of NASA’s next crew-rated spacecraft, the Orion Multi-Purpose Crew Vehicle – which is currently slated to conduct its first test flight in December of this year. A fact which created an interesting exchange at the conference’s banquet held on Aug. 9. Geyer, who was seated at a table with Zubrin, as well as Inspiration Mars’ Denis Tito and Taber Maccallum was listening to a question and answer session when an attendee, seated next to him stated that Orion would fly a crewed flight no sooner than 2023. Geyer promptly turned and corrected the individual with the current 2021 launch time.

Inspiration Mars was a core element of this year’s conference, with oral presentations given by several teams presenting their concepts / selected flight hardware concerning this inititative to a panel of experts that included Hubbard, Geyer, Anthony Muscatelo, SpaceX’s Paul Wooster, Tito, Macallum and Zubrin. Many of the teams tapped SpaceX’s Falcon Heavy rocket to carry out the first leg of this mission. The booster’s listed capabilities and cost making it a favorite with these groups. Similarly, SpaceX’s Dragon spacecraft was a key component with contestants. Interesting mixtures of ESA’s Automated Transfer Vehicle (which conducted its final launch on July 29), Orbital’s Cygnus spacecraft and the Multi-Purpose Logistics Module were posited by entrants.

With their concepts submitted to the judges, the day’s events closed with the contestants waiting the final decision. They did not have to wait long.

Five of the ten entrants were selected with the following prizes being awarded:

MacCallum stated that Inspiration Mars had, in a sense, validated the need for both NASA’s new heavy-lift booster, the Space Launch System or “SLS” as well as the Orion spacecraft. During his presentation, he detailed how, with the launch of a single SLS, that a stripped-down Orion spacecraft could carry out the 500-day flyby mission to Mars.

“One of the things that really excites me about this configuration – is that it’s finally a mission that is worthy of the Orion and SLS programs,” MacCallum said. “We are investing in these amazing spacecraft, but I’ve yet to see the mission that gets them through the administration change, what’s the mission that propels them through all of the political foils?…Most importantly, a lot of what Inspiration Mars did – was really independently validate the need for SLS heavy-lift for deep space missions. Maybe, in some of the scenarios you have seen, its marginal that you can get away with others. Maybe there’s some scenarios out there, but we’ve really found that simply and effectively – you need SLS. That wasn’t where we started, as Dennis said. We started this by saying; ‘how do we do this without…” and ended up saying we really need it. The same is true of needing a deep space capsule. So, in many ways? We validate the NASA program and provided one of the most independent program validations that has ever been done.” Taber later detailed that it was the 105 metric-ton version of SLS that Inspiration Mars was interested in. SLS was also covered by program head Todd May. NASA’s new heavy-lift system as well as Commercial Space efforts were key topics of discussions during this year’s conference. The use of the word commercial was touched on by former NASA Administrator Michael Griffin during his presentation.

“At best, what is being called ‘Commercial Space’ today – is a public-private partnership with both public and private equities in play – with the huge balance of which coming from public funding, Griffin said. “Those contractors however, won’t be the ones who take us to Mars – because there is no business case that returns money from Mars in a timely fashion at a competitive risk-adjusted rate of return. No investor would do that, I would do better to invest their money in the S&P 500 and I can prove it to you – I do actually have an MBA.”

Patricia Clark, a scientist working with the robotic explorers either on or above Mars, updated guests on the latest findings from the Red Planet via the Mars Exploration Rovers, Spirit and Opportunity, the Mars Phoenix Lander as well as the Mars Science Laboratory rover Curiosity. Covering the four Martian epochs, a recurring theme was that Mars was once a “wet” world and even today has a store of water just beneath the expansive dunes which cover the fourth planet from the Sun.

The four-day event was held to bring together experts, scientists, policy-makers and others interested in the latest information regarding efforts to explore the Red Planet.