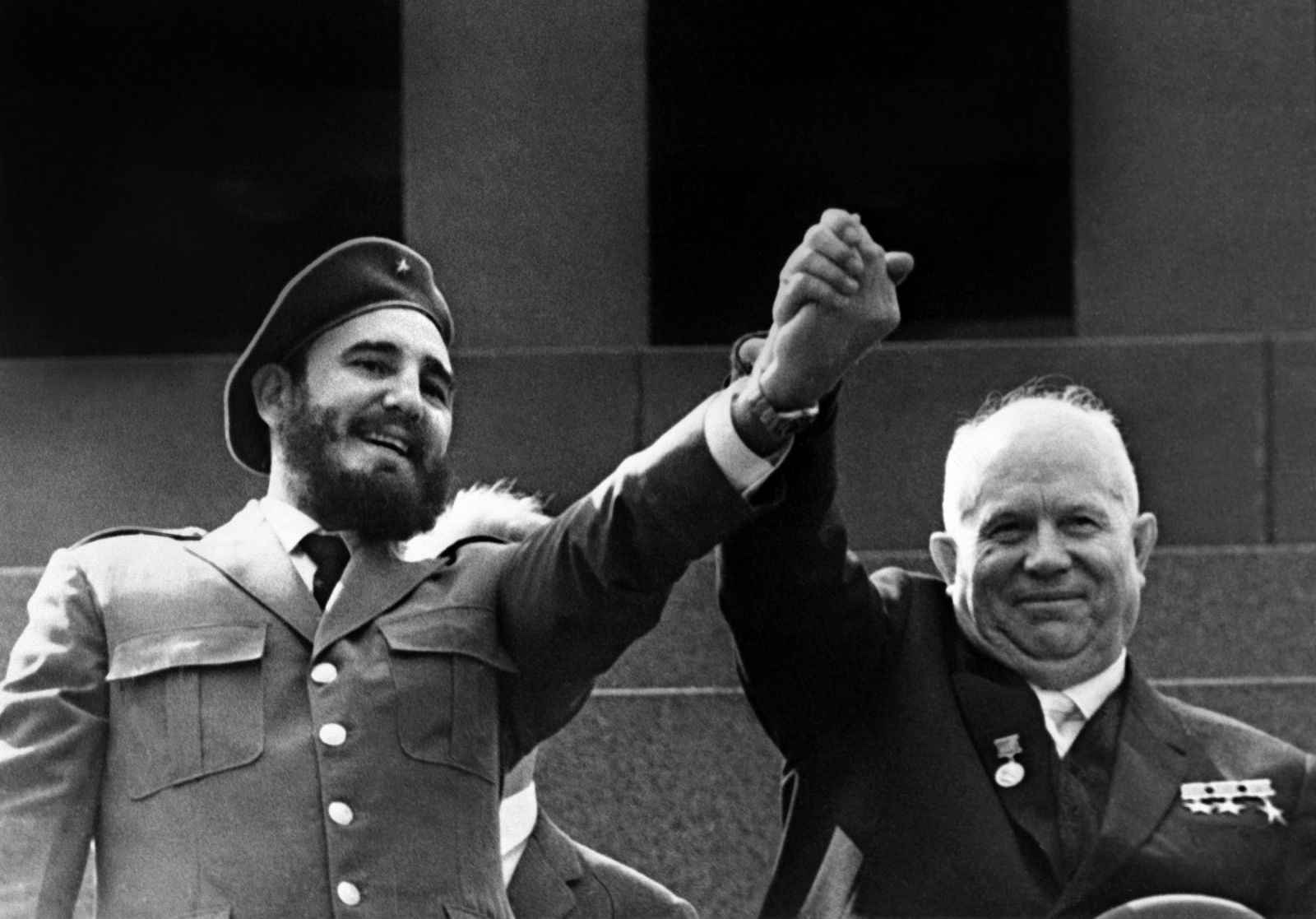 The Moon shots were closely monitored by the Soviet Union which sent “fishing trawlers” to monitor the flights out of NASA’s Cape Kennedy in Florida (the area was renamed in honor of President John F. Kennedy after he was assassinated in 1963). Photo Credit: AFP

Anyone who has ever had a disagreement with anyone else can expect their ‘opponent’ to paint them as the worst person on the planet and to point out every failure, every falsehood (real or imagined) you’ve ever had or uttered. In terms of lunar conspiracy theorists this consideration, seems to have eluded them. There were people who would have loved to have proved Apollos 11-17 were faked – a whole nation’s worth.

During the Space Race of the 60s and 70s the Union Soviet Socialists Republic wanted to show the world that communism was superior to the capitalistic philosophy of the West by trouncing U.S. manned space exploration efforts. 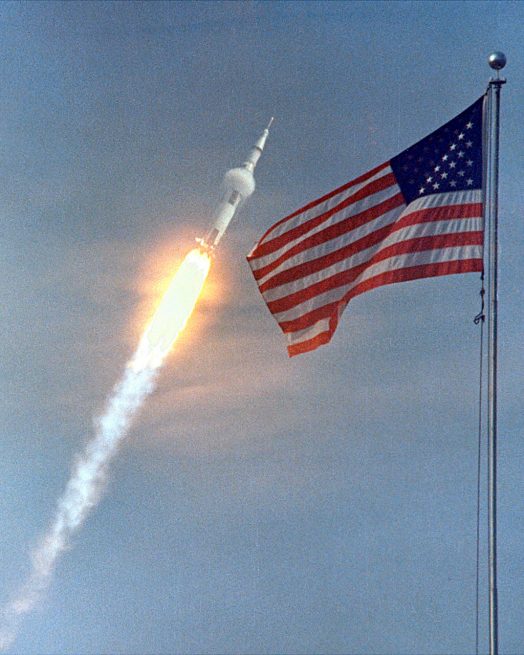 The manned Apollo flights were closely monitored by the Soviet Union and other nations. Photo Credit: NASA

Joseph Gutheinz, a retired NASA Office of Inspector General Senior Special Agent, who presently runs the Gutheinz Law Firm LLP out of Friendswood, Texas has extensive experience when it came to the monitoring of Apollo missions by the Soviets (as well as by other nations).

SpaceFlight Insider: Can you provide us with some information about the trawlers that left out of Havana for “fishing” off of Cape Canaveral?

Gutheinz: “I believe there’ve been enough authoritative articles on this topic in the public domain that talk about it. Out of Cuba, the old Soviet Union used to run espionage operations at sea, where they would use ‘fishing trawlers’ to collect our phone records and things of that nature. They were extremely aggressive about it and were active for a number of years.”

SpaceFlight Insider: Were other nations monitoring the Apollo launches, like Apollo 11 when they went to the Moon, or was it primarily the Russians?

Gutheinz: “During Apollo 11, it was primarily the Russians, but remember this: in the present day, the Chinese have a much larger espionage operation going into the United States and against the West than the Soviets (now the Russians) ever did. The French—which always used to irritate the heck out of me—have had a very aggressive espionage operation launched principally against their allies. Their goal wasn’t always to get military technology, but to get business technology that they could exploit for their own domestic purposes and aim them against competition against their Western partners.”

SpaceFlight Insider: But at the time of Apollo, it was primarily the Soviets. Were there any other nations that were active in surveilling the technology and the launches?

SpaceFlight Insider: This one might not be under your purview of knowledge, but I understand that a lot of the lunar samples that were brought back to Earth by Apollo 11 and other missions were shared for study with the French and other nations (along with the Soviet Union). 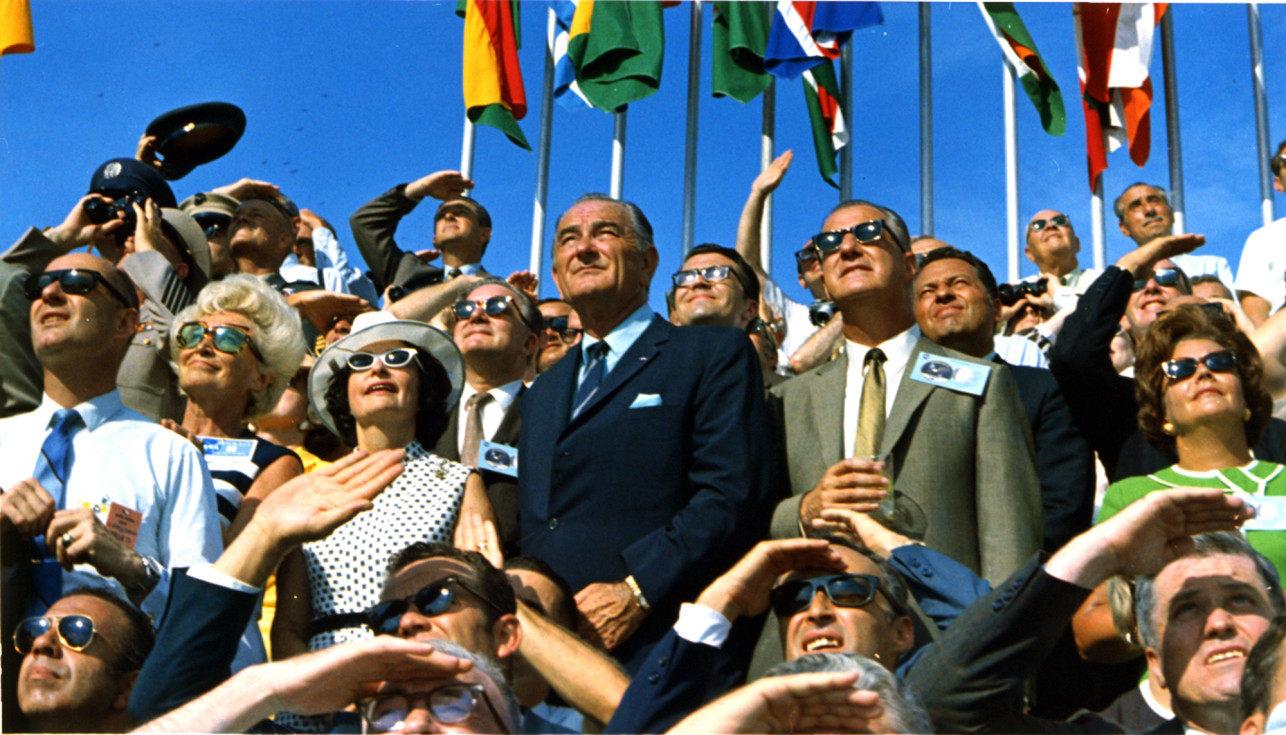 Apollo 11 was one of the most viewed historic moments in living memory. Photo Credit: NASA

Gutheinz: “Actually, Moon rocks are kind of my thing. I got back the first Moon rock in a sting operation, Operation ‘Lunar Eclipse,’ where I got back the Honduras goodwill Moon rock when I went undercover. That was being offered to me for $5 million. My graduate students helped find 78 more Apollo-era Moon rocks. I was the local counsel and expert consultant on the (?) and the lunar bag case that sold at Sotheby’s on July 20, 2017 for $1.8 million. When you’re talking about Moon rocks and dust, from an academic point of view, a law enforcement point of view, and a legal point of view, I’ve had a lot of experience.”

SpaceFlight Insider: That’s awesome, that was a little more than I was expecting. I thought you’d be a source about the fishing trawlers out of Havana.

Gutheinz: “If you do a search for “Moon rock hunter,” you’ll see me all over the place. In 2014, there was a documentary about Moon rocks that won an Emmy Award. I’m on 15 episodes of NASA’s Unexplained Files on the History Channel talking a lot about Moon rocks. And at the end of this year there’s going to be a full-length movie made, Operation Lunar Eclipse, by the people that did Apollo 11. That’s about my undercover sting.” 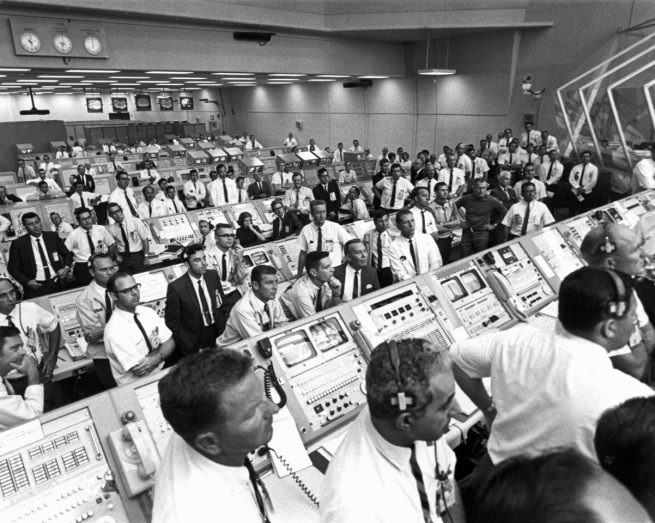 More than 400,000 personnel were involved with the Apollo Program during the late 60s and early 70s. Photo Credit: NASA

SpaceFlight Insider: Do you have any experience with the lunar samples that were sent to foreign countries?

Gutheinz: “On May 3, I’ll be giving a speech out at the Seattle Flight Museum on missing Moon rocks for their ‘Destination Moon’ project. It talks about Operation Lunar Eclipse and the history of how that rock got placed onto the black market; how I got H. Ross Perot to front the money to try to get the Moon rock back. It took us two months and how we finally had it placed in a bank vault in Miami. I think I give 14 examples of Moon rocks that students have hunted for, including three that U.S. Governors took home with them when they left office.”

SpaceFlight Insider: What experience or knowledge do you have regarding that samples that were loaned to foreign countries like the Soviet Union, France, etc.?

The bottom line is, we’re still missing about 156 Moon rocks that President Nixon gifted to the nations, states, and territories. That became their property. Big surprise: we gave two rocks to the dictator Qaddafi (Muammar Gaddafi, the former prime minister if Libya) and we expect him to take care of them. He didn’t. Within that, there are all these great back stories. Franco’s grandson tried to sell their nation’s Apollo 11 (sample) on the black market.

Romania’s dictator [Nicolae] Ceausescu and his wife Helena were executed on Christmas Day 1999. Their nation’s Apollo 17 [sample] was actually sold through their estate sale. So the worst communist in the world, his estate fell, and it was sold to a capitalist. In Malta, someone just walked into Mdina Museum, opens up a case, and walks off with the Apollo 17 Moon rock. And then in Delaware, someone does the same thing and walks off with the Delaware Apollo 11 Moon rock. Nelson Rockefeller’s Moon rock that he was gifted is gone. We’re missing about five Apollo 17 Moon rocks gifted to the states, like New Jersey and South Carolina, Ohio, Michigan, Louisiana. It’s really these incredible stories.

And then, as incredible as that is—this came out in a story in 2011 or 2012—the Moon rocks that we gave out for study have been lost all over the planet. I get calls on a regular basis from the kids of scientists saying, ‘My father died 20 years ago, what do I do with this Moon rock?’ So that’s a problem.”

We did an operation in 1998. I found the con men who were selling bogus Moon rocks. I always heard these stories that when the Apollo 11 capsule came back, they were filled with dust and everyone in law enforcement took that as bogus. I talked to the former lunar curator, Gary Lofgren, who said, “We literally washed down the boots, washed down the capsule and whatever lunar dust was in there went down the drain.” So, stories like that.”

Great article, I enjoyed that. Amazes me that even 50 years after Apollo 11 theres still great stories to be told…

I would not be so sure. If one studies the imperialistic subdivision of the world after WW2, you know that at Yalta conference URSS and USA made an imperialistic spartition of the world in two big influence spheres, with absolutely no plan at all of interfering each other, There are plenty of proofs, ie the refusal by USSR to back italian communists screaming for help. Another classic is the Cuba milliles affair, which was a total hoax. Never in their wildest dreams soviets imagined to install a nuclear base there. The entire cold war was not directed against each other, instead the target was to subdue the single recalcitrant states in respective influence spheres and above all annihilate the internal opposition to weapons race escalation and military industries dirt affairs.So the entire space race has to be studied under this side, where nobody desired to put too much in trouble the adversary. Both countries happily collaborate in space with mutual advantage since the end of missions to the moon.