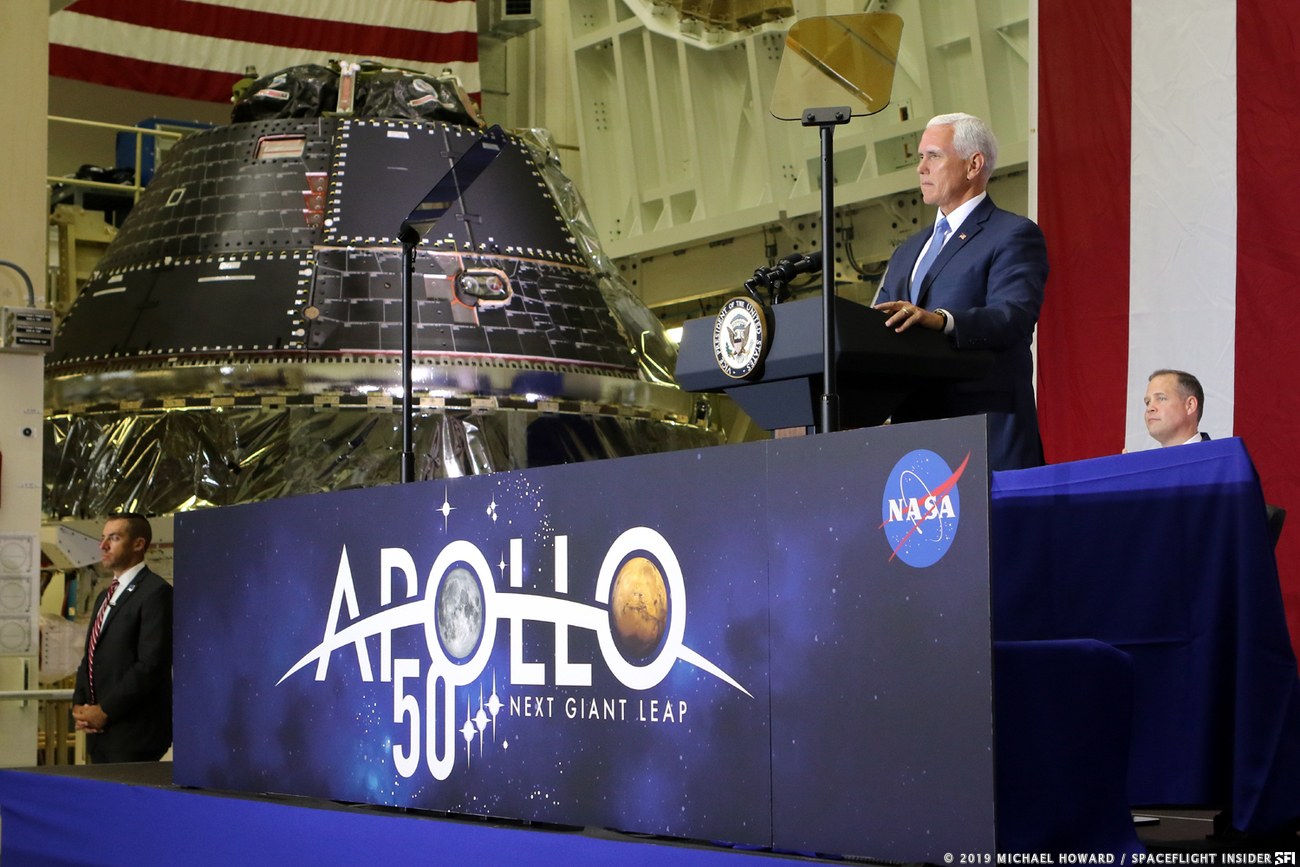 Vice President Pence commemorated the 50th anniversary of the Apollo 11 Moon landing with a visit to Kennedy Space Center in Florida. During his remarks he noted how the agency had be re-directed to return to the Moon via the newly-announced Artemis Program. Photo Credit: Mike Howard / SpaceFlight Insider

KENNEDY SPACE CENTER, Fla. — Vice President Mike Pence paid a visit to NASA’s Kennedy Space Center in Florida on Saturday, July 20 at the center’s Neil Armstrong Operations and Checkout Building. His appearance came at a time when the agency both remembered past achievements and worked toward restoring a long-lost capability.

Pence spoke about the legacy of the Apollo Program at length. However, he made remarks that the agency that sent men to the Moon back in the 60s and 70s would regain the long-lost ability of sending astronauts beyond low-Earth orbit. NASA would be able to achieve this via the Artemis Program, an initiative that could see the first woman set foot on the Moon as early as 2024. 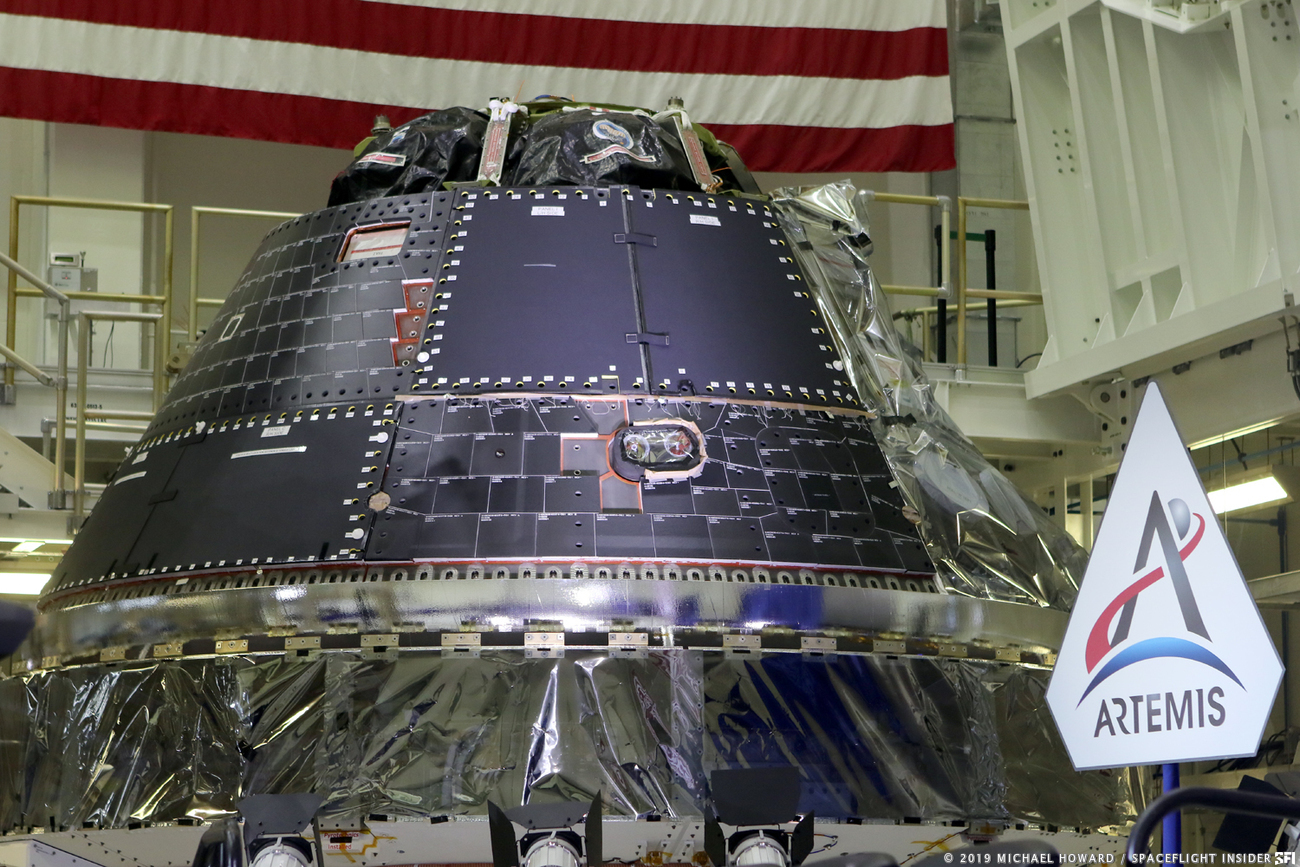 The Orion spacecraft that will be used on Artemis 1. Photo Credit: Mike Howard / SpaceFlight Insider

“Thanks to the hard work of the men and women of NASA, and of American industry, the Orion crew vehicle for the Artemis 1 mission is complete and ready to begin preparations for its historic first flight,” Pence said.

The Vice President’s next stop was historic Launch Complex 39A, currently leased by SpaceX, where the historic Apollo missions began. 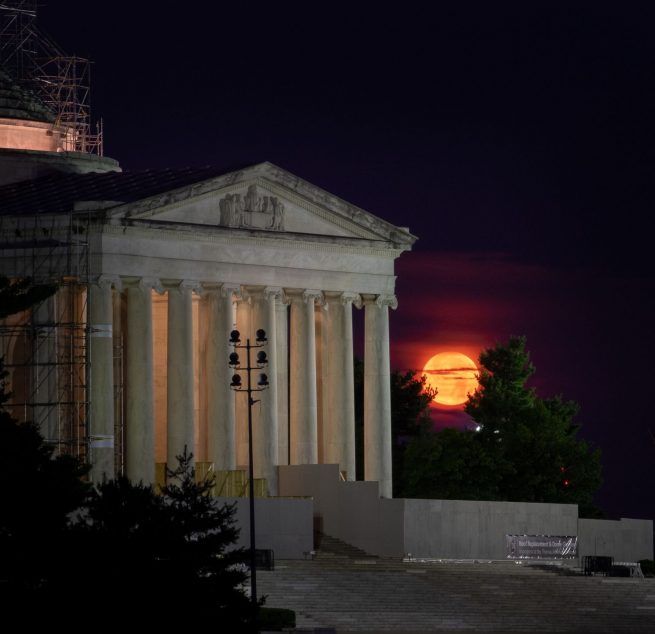 The Trump Administration has issued several directives regarding returning astronauts to the surface of the Moon. Photo Credit: Bill Ingalls / NASA

“Orion is a new class of spaceship, uniquely designed for long-duration deep space flight, that will return astronauts to the Moon and eventually take the first humans to Mars, and bring them all back safely,” said Lisa Callahan, vice president and general manager of Commercial Civil Space at Lockheed Martin via a company-issued statement. “Orion will accelerate scientific discovery of our solar system and will be the cornerstone of the defining space achievement of this era.”

This view was echoed by Pence during his tour of KSC.

“Similar to the 1960s, we too have an opportunity to take a giant leap forward for all of humanity,” said Bridenstine. “President Trump and Vice President Pence have given us a bold direction to return to the Moon by 2024 and then go forward to Mars. Their direction is not empty rhetoric. They have backed up their vision with the budget requests need to accomplish this objective. NASA is calling this the Artemis program in honor of Apollo’s twin sister in Greek mythology, the goddess of the Moon. And we are well on our way to getting this done.”

NASA has had this opportunity, off and on, presented and taken away from it for the past 15 years. In 2004, the “Vision for Space Exploration” (VSE) was announced which had the goal of sending crews to “…the Moon, Mars and Beyond.” This included the Constellation Program, of which the Ares I and Ares V rockets as well as the Orion spacecraft and Altair lander were the key components were a major part.

In 2010, President Barack Obama cancelled all elements of the VSE with only the Orion spacecraft and Ares V rocket (renamed the Space Launch System) surviving. The combined stack of SLS and Orion was set to launch on Exploration Mission 1 under Space Policy Directive 1. With the unveiling of the Artemis Program in March of 2019, Exploration Mission 1 was redubbed Artemis 1. At present that mission is scheduled to launch in June of 2020. 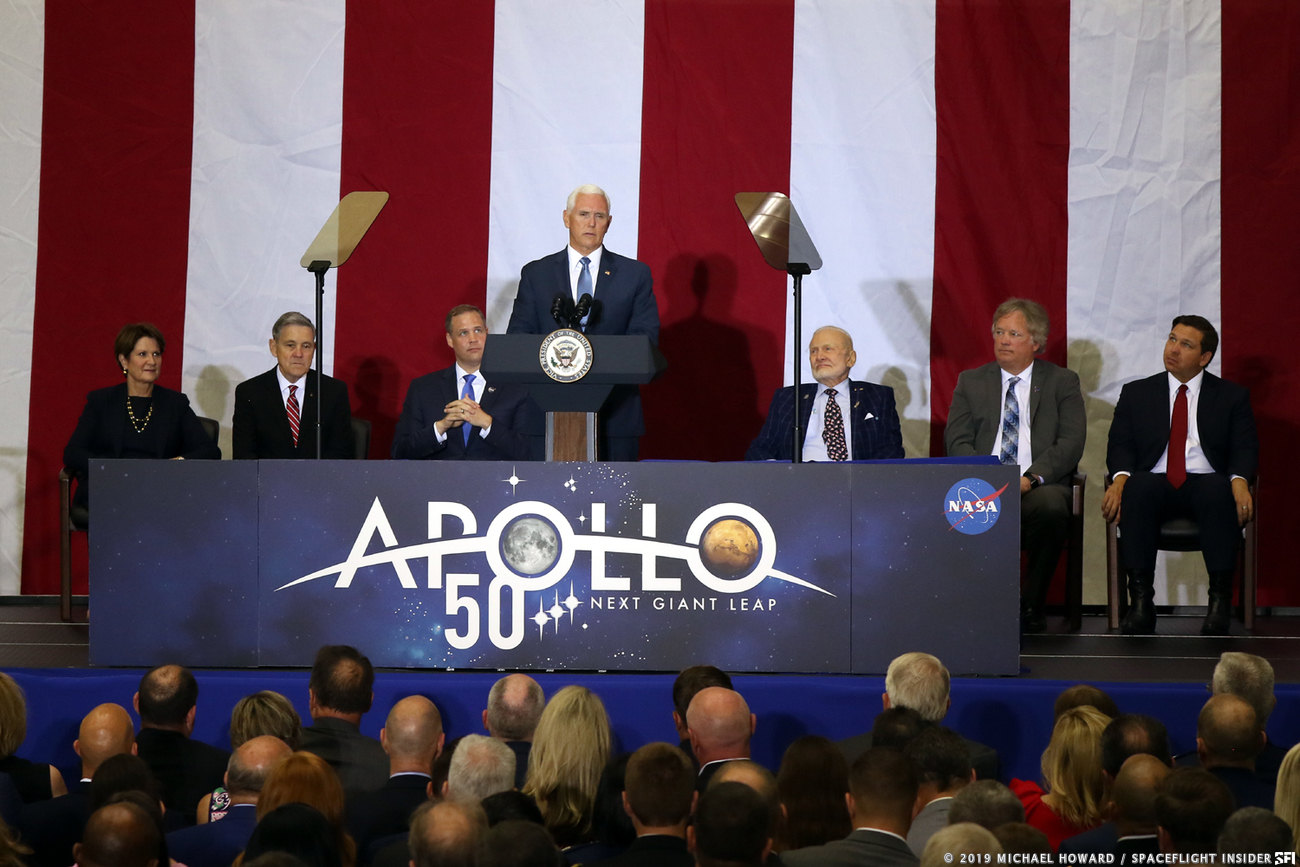 50 years ago, I witnessed the epoch of human endeavour. Unfortunately the World has yet to witness such an event again.
When this momentous undertaking actually succeeded, there was some expectation that this was the beginning of a push toward humans truly exploring space by humans. Some consolidation was expected but for 50 years!
Alas I can no longer believe any goal, objective or project timeline for HSF provided by NASA. I so wish I could but ….
No cheers here.
Neil