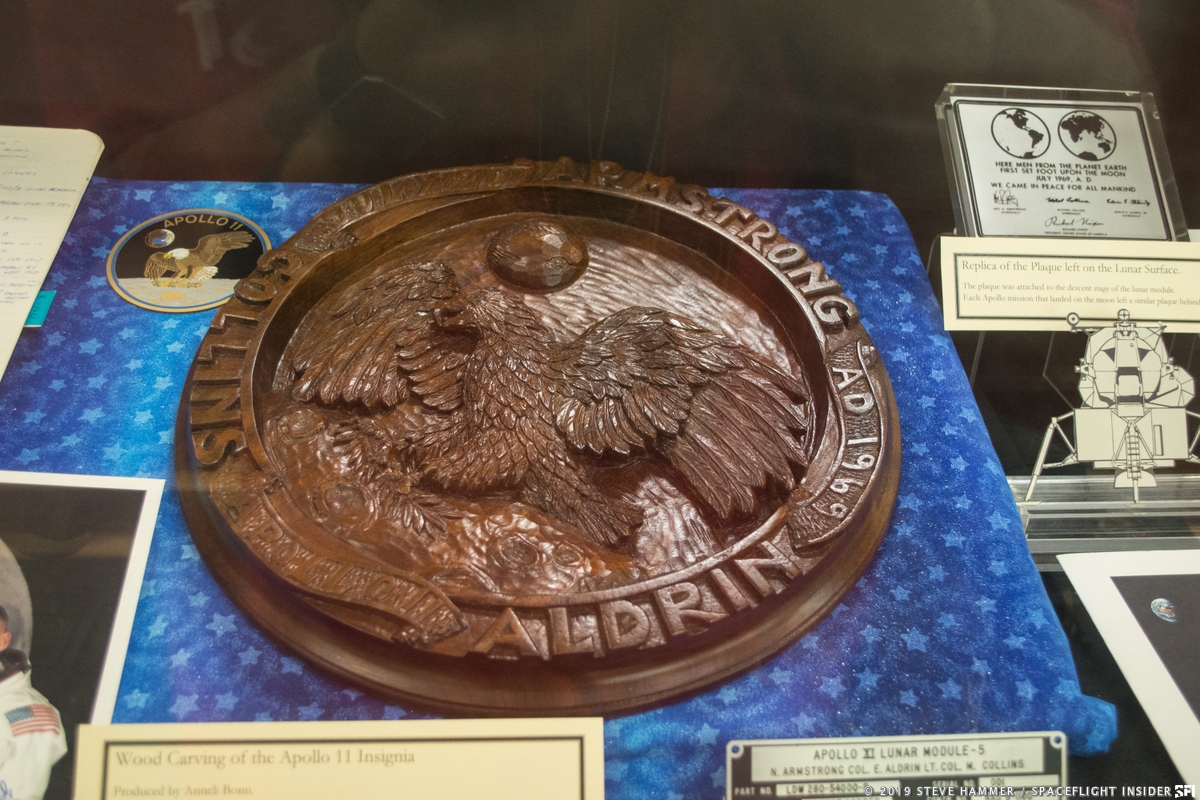 BLACKSBURG, Va. — “The Real McCoy”, that’s what astronaut Michael Collins wrote on the cover of the Apollo 11 flight plan on display at the “Celebrating the 50th Anniversary of Apollo 11 presentation at Virginia Tech.” That is a great way to describe this collection of memorabilia and artifacts. The flight plan, which outlined all aspects of the mission, was just a small part of the presentation however.

The flight plan details every aspect of the mission including the Command Module, Lunar Module and Mission Control-Houston. Several pages are included in the display.

Another interesting item is a letter to Collins from Charles Lindbergh were he writes, “What a fantastic experience it must have been — alone looking down on another celestial body, like a god of space! There is a quality to aloneness that those who have not experienced it can not know — to be alone and then to return to one’s fellow man once more…” 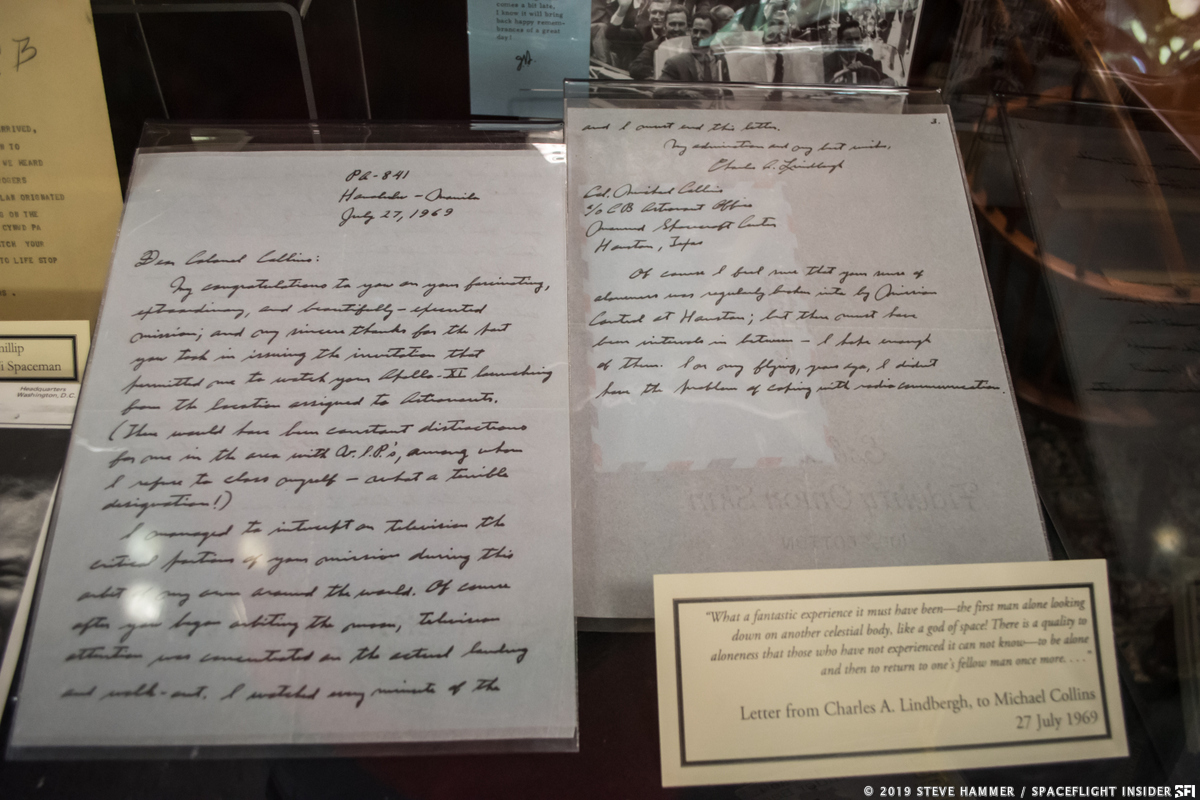 The creator and curator of the exhibit, Marc Brodski, selected the items from Virginia Tech’s growing aerospace archive. The archive began with a donation from Tech alumnus Christopher Kraft, who was flight director for Mercury and many Gemini missions. This collection now includes donations from other titans of NASA’s crewed space flight efforts including Collins, first director of NASA’s Manned Spacecraft Center Robert Gilruth and Evert Clark, an aviation and space journalist who covered Apollo 11 mission for Newsweek.

The Apollo 11 mission put men on the Moon just 66 years after the Wright Brothers success at Kitty Hawk. The 50th anniversary of the mission is the source of celebrations across the globe. The mission marks half a century since men first set foot on another world. The items will be on display until Aug. 16 in the Special Collection Department on the first floor of the Carol M. Newman Library at Virginia Tech. 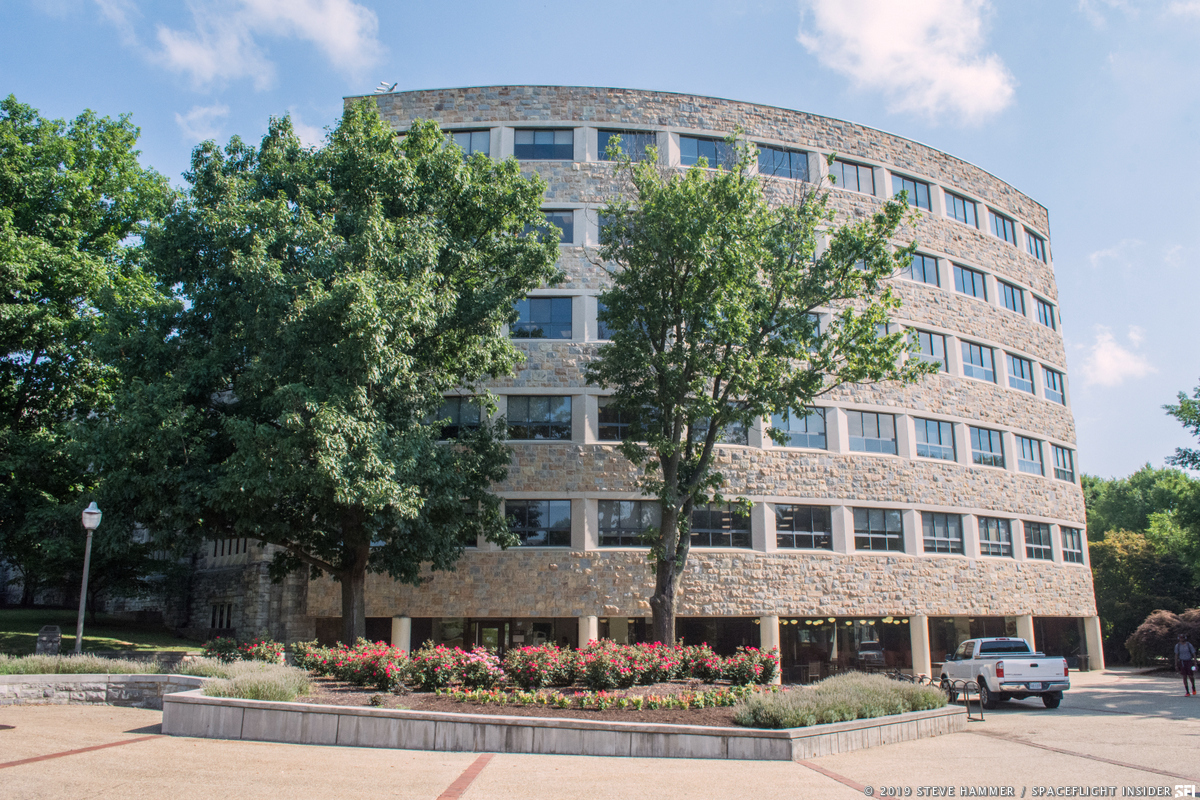