The United States Mint unveiled a series of commemorative coins celebrating the 50th anniversary of the landing on the moon by Apollo 11. Image Credit: U.S. Mint 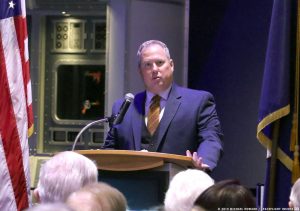 “As we celebrate the past, we are also excited about the future,” Protze said. “Our goal is to inspire minds through engaging space experiences. We want to educate that young generation … so they know what’s going on in space exploration and our space pioneer missions.”

Representing Congressman Bill Posey of the 8th District of Florida, Chief of Staff Stuart Burns said “there was nothing like Apollo 11 and there has been nothing like it since.”

In a bipartisan effort, sponsorship legislation passed both the U.S. House and U.S. Senate for the commemorative coin and on Dec. 16, 2016, it was signed by President Obama.

Burns said the Apollo 11 50th Anniversary Commemorative Coin celebrates not only the innovative spirit and resolve that defined the Apollo Program but also it’s estimated 400,000 Americans across the country who contributed to its success.

These coins were designed and approved under the direction of the Citizen Coinage Advisory Committee (CCAC). 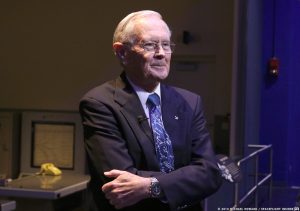 Apollo 16’s Charlie Duke addressed the attendees about the significance of Apollo and the impact that it had on the nation. Photo Credit: Mike Howard / SpaceFlight

“The CCAC designs and reviews the designs for all United States coins, commemorative coins, and commemorative gold medal coins,” said CCAC Chairman Thomas Uram. “I was honored to serve on the final committee that selected the design of this commemorative.”

Many in attendance were likely waiting to hear from one of the men who flew to the Moon as part of Apollo and just such a person was in attendance.

The keynote speaker for the presentation was astronaut Charles Duke.

Duke served as CapCom (capsule communicator) for Apollo 11 and was the lunar module pilot on Apollo 16. He was the 10th person to walk on the surface of the Moon as well as something that many hope will change soon.

He ended his presentation at the Jan. 24 event emphasizing the positive effects Apollo had on the United States.

“So here we are, 50 years later after the United States achieved the greatest feat of mankind: Neil Armstrong’s first steps on the Moon,” Duke said. “However, his first steps would have not been accomplished without the team of well over 400,000 engineers, mathematicians, technicians, scientists, welders, you name it, all worked on Apollo and others who worked tirelessly to defeat the odds and get us to the Moon.” 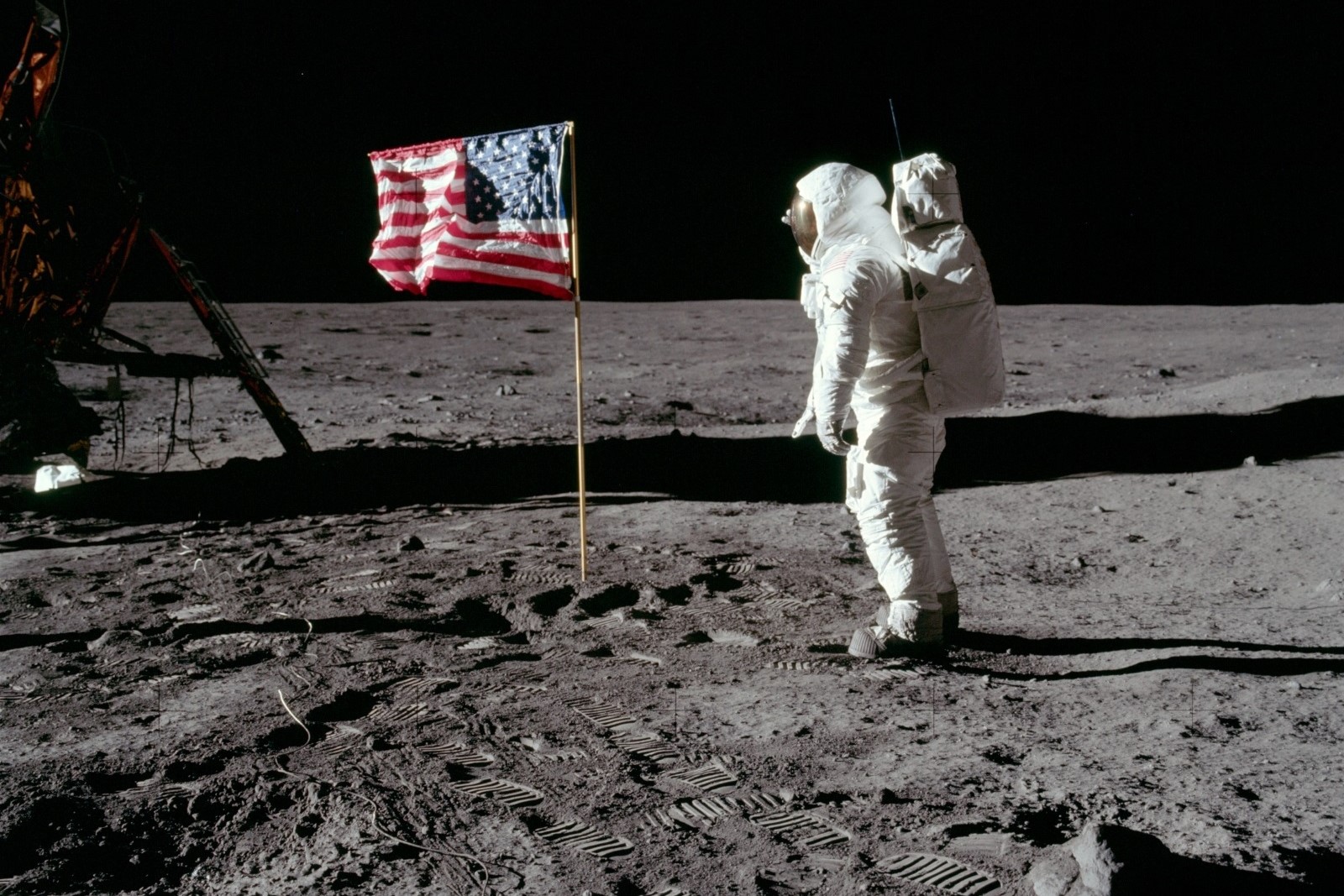